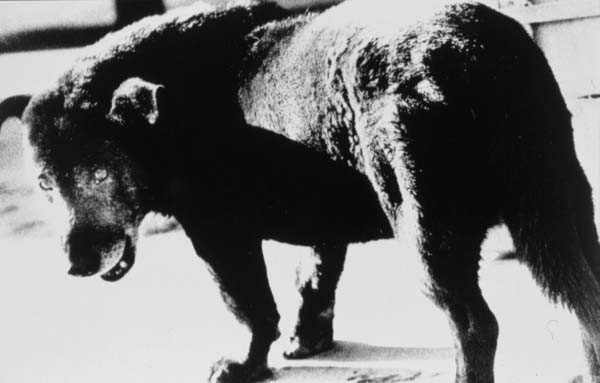 Photography and Beyond in Japan: Space, Time and Memory

The work of Daido Moriyama, a leading figure in Japanese photography, is here given an important and revelatory exhibition, curated by Sandra S. Phillips to the highest scholarly standards, treatment that this extraordinary artist’s work surely merits.

Moriyama’s work is complicated, dense, and unsettling. Viewing this exhibition of some two hundred pieces is both challenging and enormously rewarding, not only in the individual images and the artist’s aesthetic, but also in the sweep of his insight into the Japanese experience since World War II – a nation, previously pronouncedly insular and tradition bound, exposed to freewheeling, materialistic American values during and after the occupation, as well as profound social change wrought by accelerated industrialization and urbanization.

Moriyama has been influenced by a diverse range of artists, from Eikoh Hosoe, an internationally recognized photographer for whom he worked, to the writer Yukio Mishima, Andy Warhol, American photographer William Klein, Jack Kerouac’s On the Road.

The breakdown of traditional values in a rigid, controlling society is at once liberating, stressful, alienating. Off balance, insecure vulnerability, conflict between the old and new, a gray, in-between emotional state – all find expression in Moriyama’s images which are often at the darker edges of everyday experience: corpses of a pair of infants, one obviously deformed (preserved at a hospital in formaldehyde), caught by the camera entwined as if in an embrace; scenes of transvestite performers, disturbing in the assertiveness of their ambivalent sexuality; roadside scenes, urban decay and detritus, junkyards, and, of course, Stray Dog.

In his earlier work, over a period of two decades, Moriyama used grainy textures and pronounced chiaroscuro (dark, mysterious backgrounds, harsh spotlighting) attuned to his pervasive, edgy feeling of anomie. Even when Muriyama’s camera looks at cherry blossoms (a superb triptych in particular), the potentially cliched romanticism of the subject matter is stripped of sentimentality, abstracted, and given an undertone of mystery.

A pleasure afforded by a show of this size and scope is to see the development of the artist’s work over time, the ways he changes, the ways that the changes are reflected in his images and technique. Moriyama’s work since the 1980’s is lighter, crisper, and on a larger scale than before. If less impressionistic and more visually hard edged, this work still has continuity with what preceded in the searching eye of the questioning artist, his cool, almost cold focus on the strange realities he sees about him – a vine encrusted telephone/power pole; a cracked and spotted sink, swarms of insects. The new clarity, perhaps reflecting the more secure vision of a more mature artist, nonetheless retains the perceptive intellect and compositional power evidenced throughout Moriyama’s career.