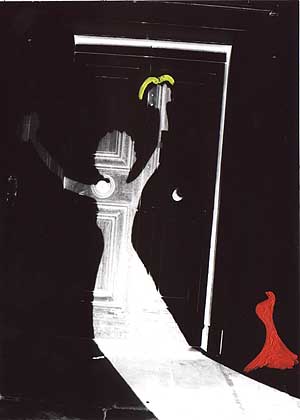 There’s a special exhilaration to attending exhibits at Fort Mason’s Herbst Pavillion, a large pier from which troops embarked on their way to the Pacific in World War II. Withs views of San Francisco Bay, the Golden Gate Bridge and the Marin highlands as a backdrop, the airy skylit space encourages a relaxed, contemplative mood for viewing the art on hand.

The second annual Photo San Francisco exposition, a four day gathering of dealers from across the United States, affords a rare opportunity for the public to see a wide variety of both vintage and contemporary photography and to talk with the dealers themselves. Producer Stephen Cohen indicates that some 70 dealers are participating this year, as well as photography book dealers, magazine publishers, and nonprofits like Friends of Photography. "There’s more color, Cohen observes, "there’s more contemporary work, and museum curators are here buying." (Cohen himself has a large booth at the show including items like Diane Arbus’ wonderfully strange "Man Pretending to be a Woman." Well–this is San Francisco.)

The inevitable march of technology is in evidence with eBay Premiere (a culturevulture.net merchant) promoting its services both to the dealers and to potential customers. Larry Matthews, representing eBay, points out that online galleries have opened up enormous new markets for art and, of course, he wants dealers to access the 34 million registered members of eBay.

Down the aisle, eyestorm.com (another culturevulture.net merchant) exhibits a variety of its wares, including popular Bill Wegman photographs of his carefully posed weimaraners. Kathleen Cullen points out that eyestorm beganas an internet gallery and has backed up into brick and mortar operations in both London and New York. The Wegman works shown are Iris prints, also known as giclees–digital prints–another technological newcomer of recent years. The market has been slow to accept these new techniques, particularly over concerns about the life of the work. But Stephen Cohen points out that new inks have been developed with projected lives of 200 years, which would, theoretically, give an Iris print a longer life than the fifty to one hundred year life of a traditional photographic color print.

"Emerging artists"- the new euphemism for "talented, but who the hell is that?" – often provide the less affluent collector a chance to get in on the action. Always delightful Jo Leggett, publisher of photo metro magazine enthused over her find, works by Mike Garlington. Garlington stages his irony-filled shots, such as the two part "Brotherhood and American Flag," a photo of two hooded Ku Klux Klan figures, hinged to a second photo of the unmasked "Klansmen" who turn out to be blacks. (Barry Singer Gallery)

One knockout work on view is Christopher Burkett’s homage to Ansel Adams, "Pink and White Dogwoods," a large (30" x 40") and luminous Cibachrom print of such idealized beauty it inevitably raises the question: How did he do that? (Coplan Gallery).

At $5,500 the Burkett is far from the priciest work on display, but still will be out of reach for many. Consider instead the more affordable work of an Austrian, Wolfgang Bogner. Even in early pictorial photography, the medium was never a 100% reportage function. The photographer always made choices, in the field, in the studio, and in the darkroom. Today photographers consciously manipulate in a wide variety of ways. Staging the photos as Garlington does, is one approach. Bogner is both staging and manipulating in the printing process, reversing his silver print images and adding strokes of acrylic paint. In "Dancing Woman," the formally clad subject, arms upraised, is a bright shadow/silhouette against a dark background, a panelled wooden door, with just an outline of light. Strategically placed acrylics in yellow and red add another dimension to the composition as well as to its evocatively ambivalent mood. (SEE Gallery)

The sole European gallery participating in the show is not from London, Paris, or Berlin, but from Prague, the private Czech Center of Photography. Showing only Czech photographers, they have work by artists of international reputation, such as Joseph Sudek and Frantisek Drtikol, and emerging artists as well. Back for their second year at Photo San Francisco, their presence signifies the international scope of the burgeoning interest in art photography. So, too, do the thousands of visitors in attendance.