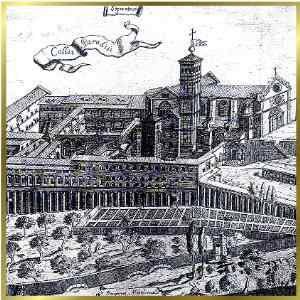 The Basilica of St. Francis has stood for over 750 years in Assisi, a beacon attracting pilgrims, both secular and ecclesiastical, impoverished and of royal heritage. All journey here to revere a man said to disdain wealth in all its trappings, instead seeking joy in the very simplest things a man could find on this earth.

The simplest things are emphatically not what is on display at New York’s Metropolitan Museum of Art in an exhibit entitled The Treasury of St. Francis of Assisi, which has been curated by the museum, The Vatican Apostolic Library and various Italian cultural ministries. The tragic earthquake of September, 1997 damaged a great deal of the Upper Basilica, including major frescoes painted by Giotto and Cimabue. While much has been done to restore and preserve the damaged artworks, government funds allocated for the restoration have dwindled, and so a slightly motley, yet glorious travelling exhibit of approximately 70 pieces has arrived on our shores to raise awareness of the difficulties involved in completing and rededicating the Basilica in time for the year 2000, dazzling us with the wealth and beauty of it’s treasures.

And what great treasures these are. Highlighted in this exhibit are the Chalice of Pope Nicholas IV, a sublime gothic creation of cast gold, decorated with dozens of small enamel plaques depicting biblical and Franciscan themes. A spectacular 15th Century Flemish tapestry depicts St. Francis, the Pope, the Virgin and Child among others, all reclining on large blossoms in a monumental family tree, a tracery of their holy bloodline. Altar cloths and bishops miters are encrusted with gold and precious jewels.

The many reliquaries on display amaze in their mix of artistry and the bizarre; miniature gilded and bejeweled gothic structures containing bits of bone or teeth embedded behind rock crystal, purportedly belonging to various saints. The Reliquary of St. Andrew’s Finger and The Reliquary of the Seamless robe are primary examples of works commissioned by royalty.

Several works illuminate the life and miracles of St. Francis, including ainted and gilded altarpieces and manuscripts. The Lehman Galleries fairly glow in the reflected light of their medieval glory.

Included in the exhibition are several large scale photographs of the Basilica, before and after the earthquake, as well as details of the sometimes microscopic work entailed in the restoration. – Mark Kane