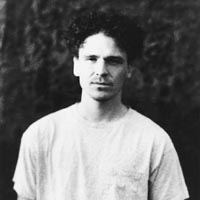 Dave Eggers, the 29-year-old editor of the determinedly odd literary journal McSweeney&#146;s, has written a memoir that wreaks delirious havoc by turning the autobiographical genre on its head. As its flippant title makes riotously clear, A Heartbreaking Work of Staggering Genius is fitted with a bullet-proof vest of self-mocking irony. Before the narrative proper even gets under way, we&#146;re treated to some 40 pages of satirical prefatory material, including the copyright page, which is itself loaded with jokes: "Published in the United States by Simon & Schuster, a division of a larger and more powerful company called Viacom Inc., which is wealthier and more populous than eighteen of the fifty states of America, all of Central America, and all of the former Soviet Republics combined and tripled." This kind of David Lettermanesque preemptive strike could easily have backfired if Eggers&#146;s memoir weren&#146;t in fact as damn good as it turns out to be. A Heartbreaking Work of Staggering Genius is altogether a triumphant literary debut.

The laughter begins to stick in our throats when Eggers recounts the harrowing cancer death of his 51-year-old mother. He unflinchingly evokes the awful eternity of watching a dying parent&#146;s final days – "All words will be considered her last, until they are followed by others." Some readers will undoubtedly be offended by Eggers&#146;s irreverence, but the jokes are an honest expression of the fragile human impulse to seek humor in the things that we fear the most:

They took my mother&#146;s stomach out about six months ago. At that point, there wasn&#146;t a lot left to remove – they had already taken out [I would use the medical terms here if I knew them] the rest of it about a year before. Then they tied the [something] to the [something], hoped that they had removed the offending portion, and set her on a schedule of chemotherapy. But of course they didn&#146;t get it all. They had left some of it and it had grown, it had come back, it had laid eggs, was stowed away, was stuck to the side of the spaceship.

In addition to Eggers&#146;s mother succumbing to stomach cancer (while repeatedly coughing up a green deathly fluid and experiencing chronic life-threatening nosebleeds), we learn via progressively revealing flashbacks that Eggers&#146;s father died from cancer the previous month. Mind you, this is only the first chapter, set in the family&#146;s suburban Chicago home. Besides the dead and dying, we&#146;re introduced to the members of the family still standing: Eggers, 21 at the time, his 23-year-old sister Beth, his 24-year-old brother Bill, and the youngest member of the family, 7-year-old Christopher, nicknamed Toph.

Their parents dead and the house sold, Bill returns to his Washington D.C. job with a right-wing think tank, while Eggers and Toph follow their sister Beth out to Berkeley, where she is attending law school. It is the relationship between Eggers and Toph that defines the blessed heart of this book. The two of them share a house together near the Haight. Toph is enrolled in a nearby grade school, and Eggers finds part-time work as a graphic designer and illustrator. In his dual-role as older brother and surrogate parent, Eggers is beset by anxieties he&#146;s never known before:

I worry for us. I worry that any minute someone – the police, a child welfare agency, a health inspector, someone – will burst in and arrest me, or maybe just make fun of me, shove me around, call me bad names, and then take Toph away, will bring him somewhere where the house is kept clean, where laundry is done properly and frequently, where the parental figure or figures can cook and do so regularly, where there is no running around the house poking each other with sticks from the backyard.

Using $10,000 – the bulk of his inheritance money – Eggers launches the counterculture humor magazine Might from a San Francisco warehouse office. (Sample: "On page 111, in our &#145;Religious News Round-up,&#146; we reported that Jesus Christ was a deranged, filthy proto-hippy. In fact, Jesus Christ was the son of God. We regret the error.") The sheer mad surrealism of the endeavor is wonderfully depicted in A Heartbreaking Work. One of the book&#146;s funniest set-pieces involves Eggers and his staff contacting Adam Rich (former child cast-member of the TV series Eight is Enough) and convincing him to play along with an elaborate hoax proclaiming the actor&#146;s death. Might magazine covers the fake story extensively, offering an in-depth analysis of the Adam Rich "legacy." Faster than anyone could have envisioned, wire services pick up the story and soon the tabloids and Hard Copy are calling. Everyone involved fesses up to the ruse, at which point Adam Rich in particular is tarred and reprimanded by the same exploitative media outlets that initially gobbled up the cheesy Hollywood obituary.

Much of the humor in Eggers&#146;s memoir derives from flat-out good storytelling. But he&#146;s also not adverse to employing a judicious assortment of postmodern literary stunts. At one point, Toph offers a psychoanalytical critique of the narrative thus far. "You&#146;re completely paralyzed with guilt about relating all this in the first place," he tells Eggers, and then complains about the book&#146;s "gimmicks, bells, whistles." Later on, a dangerously suicidal friend of Eggers takes the author to task: "I mean, how much do you really care about me, outside of my usefulness as some kind of cautionary tale, a stand-in for someone else, for your dad, for these people who disappoint you…"

The conceptual devices are woven so intelligently into Eggers&#146;s memoir that they don&#146;t detract from the power of his story. In fact, they bring into focus the self-doubt and conflicted motivations that autobiographical writers rarely admit to: Am I selling out my family and friends for the sake of a publishing contract? It is during the book&#146;s least likely moment that we finally learn of his mother&#146;s violence and his father&#146;s alcoholism. Eggers doesn’t shy away from the difficult truths of his childhood, but he’s the first to question why he’s sharing them with us. As contradictory as it may sound, Dave Eggers appears to have discovered a heretofore unknown strain of smart-ass irony that bonds tightly with sincerity, with vulnerability, and with honest human emotion. It&#146;s unprecedented. It&#146;s a shocking assault on our hipper-than-thou Age of Smart-Ass Irony. Why, it&#146;s enough to send David Letterman into the hospital for heart surgery.