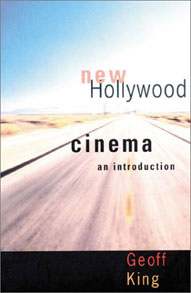 The phrase &#147;new Hollywood cinema&#148; is an ambiguous designation for a town that repeatedly reinvents and rejuvenates itself. It&#146;s often applied to two closely-related &#150; but very distinct &#150; time periods. One is the late 1960’s-to-mid-1970’s, now known as the &#147;Hollywood renaissance&#148; era, that second golden age when maverick filmmakers stormed the gates and made some of the most daring movies ever to come out of the studio system. Later came the flash &#145;n&#146; cash 1980&#146;s, when the reign of high concepts, package deals and &#147;the Bottom Line&#148; �ber alles began its rule. The problem, of course, is that the phrase has been used so liberally that it&#146;s lost its currency as a label. Is it an allusion to that brief moment of creative license or shorthand for the spectacle-driven feelies that followed it? Does one mean to speak of the &#147;rebirth&#148; of substance in Hollywood&#146;s output or the critically alleged death of it? Is its use now considered a compliment or a cut?

Those seeking the last word on the subject, a one-size-fits-all classification to end arguments and settle bets, might want to consider passing up Geoff King&#146;s New Hollywood Cinema. That&#146;s not a harsh statement, considering that the author himself admits the futility of undertaking such a task in the book&#146;s introduction: &#147;Can any single definition [for the term] be established? The simple answer is: no. There is no agreement on an unambiguous definition of &#145;New Hollywood,&#146; or even that it exists in a clear-cut manner.&#148; Readers will have to look elsewhere to satisfy their ontology fix, it seems. What King’s look at this undetermined &#147;movement&#148; (or movements) lacks in clarification, however, it more than makes up for in erudition; instead of declarations as to what the phrase constitutes, he has graced us with something far more interesting, eloquent and useful.

New Hollywood Cinema looks at the external factors that shaped both of the aforementioned eras so that we get a glimpse behind the curtain of the dream factory&#146;s modus operandi. King isn&#146;t interested in simply recounting Hollywood&#146;s &#147;glory daze&#148; for &#145;70s fetishists and &#145;80s sensation addicts, or even critically appraising the output of the last thirty-five years, though his brief forays into reading a film&#146;s text &#150; namely, brief breakdowns of Easy Rider and From Dusk &#145;til Dawn in the book&#146;s first few chapters &#150; prove he has an exceptionally cine-literate eye. Rather, what he proposes to report on are the industrial, social, economic and historical contexts that have shaped the continually morphing and mutating beast called the American movie.

Starting with the post-Hollywood Renaissance era and working up to the present day, King amply demonstrates how society&#146;s mores, a media-savvy public and the perpetual Tinseltown hype machine have ushered in changes in both the conception and the consumption of Hollywood product. Outside influences such as French nouvelle vague techniques, post-modern genre deconstructions, and the notion of &#147;selling the auteur&#148;helped to introduce new forms of film communication, while marketing factors and the rise of cinematic synergy &#150; namely, the merchandising and exploitation of well-known cross-media brand names such as, say, Batman or Godzilla &#150; have inevitably altered the landscape of what gets made. Old school ways of working audience expectations through film types and star personas continue to persist, he argues, yet the cultural zeitgeist and home theatre formats have also affected the manner of how films are produced and publicly perceived. In short, King says, to understand why this persistent &#147;new Hollywood cinema&#148; tag has come into being, you have to understand not only how the industry has changed over the years but also why its need for &#147;newness&#148; has been essential for its survival.

It&#146;s a bit of a gambit, especially considering the author&#146;s tendency for odd chapter chronology (the book jumps from topic to topic, seemingly arbitrarily at times) and a writing style that mixes the colloquial, the statistical and the academic &#150; sometimes in the same sentence. Yet it&#146;s King&#146;s authoritative voice that makes the book such a compelling read even in its more jargon-laden moments, and his near-encyclopedic knowledge of the many elements involved in both making and marketing the medium smoothes over many of the book&#146;s structural jagged edges.

King’s knack for pulling back the surface to reveal the whirling cogs of the art vs. commerce tug-of-war and, at the same time, making scholarly notions seem accessible &#150; yet still intellectual — is an eye-opener for those who think that film begins and ends with simply viewing a flickering set of images. The idea that the bandied-about phrase in question needs to be tied to a concrete set of dates and facts seems like a mere afterthought in the wake of the preceding 256 page master class.It may still be a somewhat dense primer for those who&#146;ve just started to dip their toe in the waters of film semantics and the business end of celluloid jockeying, but as a study of the modern dream factory&#146;s ebbs, New Hollywood Cinema&#146;s flow and depth make this an invaluable read for anyone interested in seeing the machinery behind those palm tree-lined horizons.