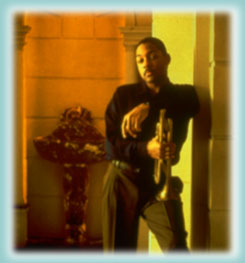 .. Wynton Marsalis has created a controversial position for himself in jazz. By his combative interviews, in which he denies the aesthetic value of practically all jazz recorded in post-1965 styles (be they &#145;fusion&#146; or &#145;avant-garde&#146;), he has set himself up as a reactionary. Many avant-garde musicians have come to regard his music alternately as irrelevant or the work of an outright nemesis, without considering the genuine verve and flashes of brilliance he brings to his best performances.

Live at the Village Vanguard (seven cd boxed set)), priced to move, seems intended to offer a defense of Marsalis the musician, and a banishment of the specter of Marsalis the self-appointed judge. It accomplishes this easily, and more, and indeed is probably the only Wynton Marsalis album a casual listener will ever need, encapsulating as it does all the virtues of live jazz, and of the trumpeter&#146;s own styles, as composer and player.

Its seven discs provide a plethora of excellent performances by all bandmembers, including Marsalis himself, who is a hell of a trumpeter when he abandons his role as historian and spokesman for the music and merely plays. Though his tone is often overly smooth and fuzzy (denoting his roots in New Orleans, rather than the hard-bitten Northern styles that produced Miles, Dizzy, and Clifford Brown, or even modern players like Tim Hagans or Marcus Printup), his soloing is excellent, and his choice of material is wide-ranging (over seven discs, only two tracks repeat – there are two versions each of "Cherokee" and "Embraceable You").

The sets are evenly divided between originals and standards, with an unexpected sub-theme: Marsalis devotes an extraordinary amount of stage-time to the work of Thelonious Monk, performing "Monk&#146;s Mood", "Reflections", "Four In One", "Evidence", "Misterioso", "Thelonious", and "Bright Mississippi" (at least one Monk tune per the first five sets, and two each on Discs Four and Five). The stylistic disjunction may puzzle the listener, particularly a listener familiar with Monk&#146;s own versions of these pieces. Marsalis&#146;s smooth and swinging delivery is almost completely at odds with Monk&#146;s herky-jerky, deliberately off-center rhythms, and Marsalis&#146;s pianists (Marcus Roberts and Eric Reed) are miles from the playing-with-your-elbows style Monk favored on albums like Misterioso or his solo Thelonious Himself.

Overall, though, the bands (three different lineups are represented, from performances between 1991 and 1994) swing hard, and the listener is never bored by the music; solos are integral and melodic without being overly sappy, and styles vary substantially from set to set and even track to track. A given disc may shift from a Horace Silver-like hard-bop workout to a growling New Orleans blues in an instant, and then head into one of Marsalis&#146;s melodic, if overly prettified, Monk interpretations.

The final two discs are primarily taken up by extended works, but the casual listener should not be deterred. The 55-minute "In the Sweet Embrace Of Life" is in fact one of the highlights of the box, a romping piece that may well find the listener dancing madly about the room. And, not to dwell too heavily on commercial concerns, but for the price, this is an invaluable artifact, one which shows that Wynton Marsalis, despite his often-alienating stance on the music, can and has contributed something truly vital to the continuing history of American jazz.