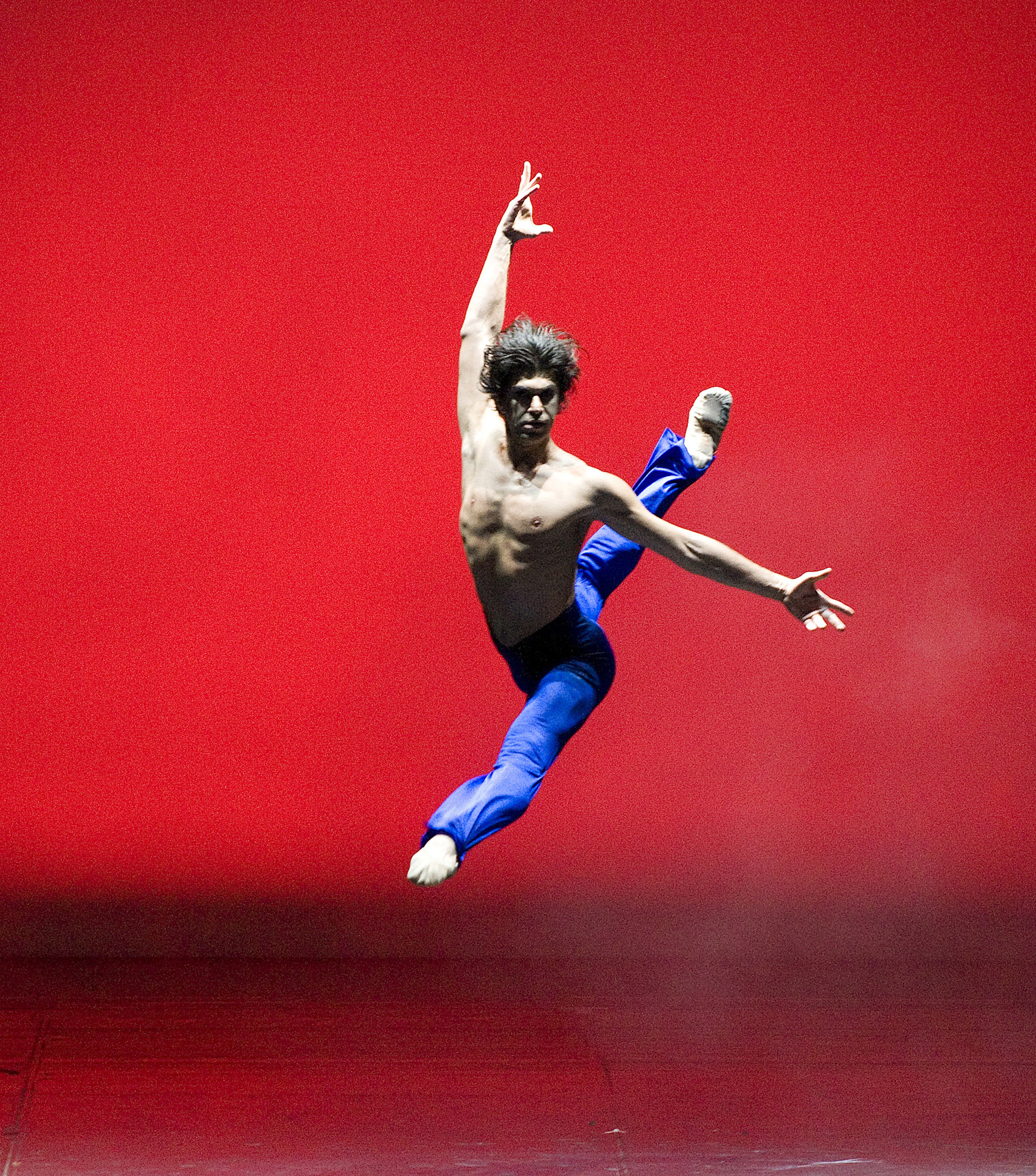 Kings of the Dance

Close your eyes.  Picture a classical ballet.  Got that?  If you are like the rest of us, probably your picture includes one or more ballerinas on point and maybe a stalwart male partnering.  Males on their own are relatively scarce in the spotlight, Baryshnikov, Nureyev, and the like, notwithstanding.  “Kings of The Dance” turns that picture upside down.

The lucky audience packing the Ahmanson this week got a very different picture.  Who said Los Angeles cannot muster a dance audience?  Just give them something fresh and exciting and watch them come.  Begun in in 2006, by Sergei Danilan in co-production with the Orange County Performing Arts Center, “Kings of The Dance” puts together 7 of the most accomplished male dancers from American Ballet Theatre, New York City Ballet, the Bolshoi, the Marinsky Theatre, and Complexions (though only one of the original group remains) and frees the men from their mostly secondary role as supporting actors.  Each dancer is a principal in his company but each here is a king in every sense of the word.

The effect of seeing the men on their own is dazzling, and more surprising, it feels more contemporary.  They perform on an essentially bare stage, for the most part wear only tights and other workout clothes, and are brilliantly lit by Elena Kopunova of the Bolshoi Theater.  Every ripple of their magnificently toned bodies is accentuated.  In the solo piece by African-American Desmond Richardson his you-have-got-to-see-to-believe magnificent extensions and movements look like a Maplethorpe portrait come to life.  The one costumed selection, “Vestris” danced by Denis Matvienko in a ballet version of 17th or 18th century court costume, was a whimsical and very charming compliment to the daring and fervor of the rest of the program.  It succeeded in being modern in its classism.  Do not ask me how.

Joaquin De Luz garnered the most gasps, in an evening full of them, with his effortless multiple triple tours en l’air  during David Fernandez’s new dance, “Five Variations on a Theme” based on music by J.S. Bach.

Each dancer performed a solo.  One solo bringing forth more audience gasps than the next.  Leaps and twists … nothing seemed impossible for any of these men, never mind what hash mere mortals would make from the demands of the choreography.  If I have a bone to pick, it is a very small one.  In a few places in the two small group numbers there was a slight problem with synchrony.  If I may be permitted a change of metaphor, what can one expect from a troupe that is made up of all chiefs and no Indians?  More amazing, was how well they worked together.

You had to be there to appreciate the freshness of the performance.  With a little luck, maybe you can be there the next time.  There has to be a next time.  A tradition like this  should not be allowed to die in infancy.