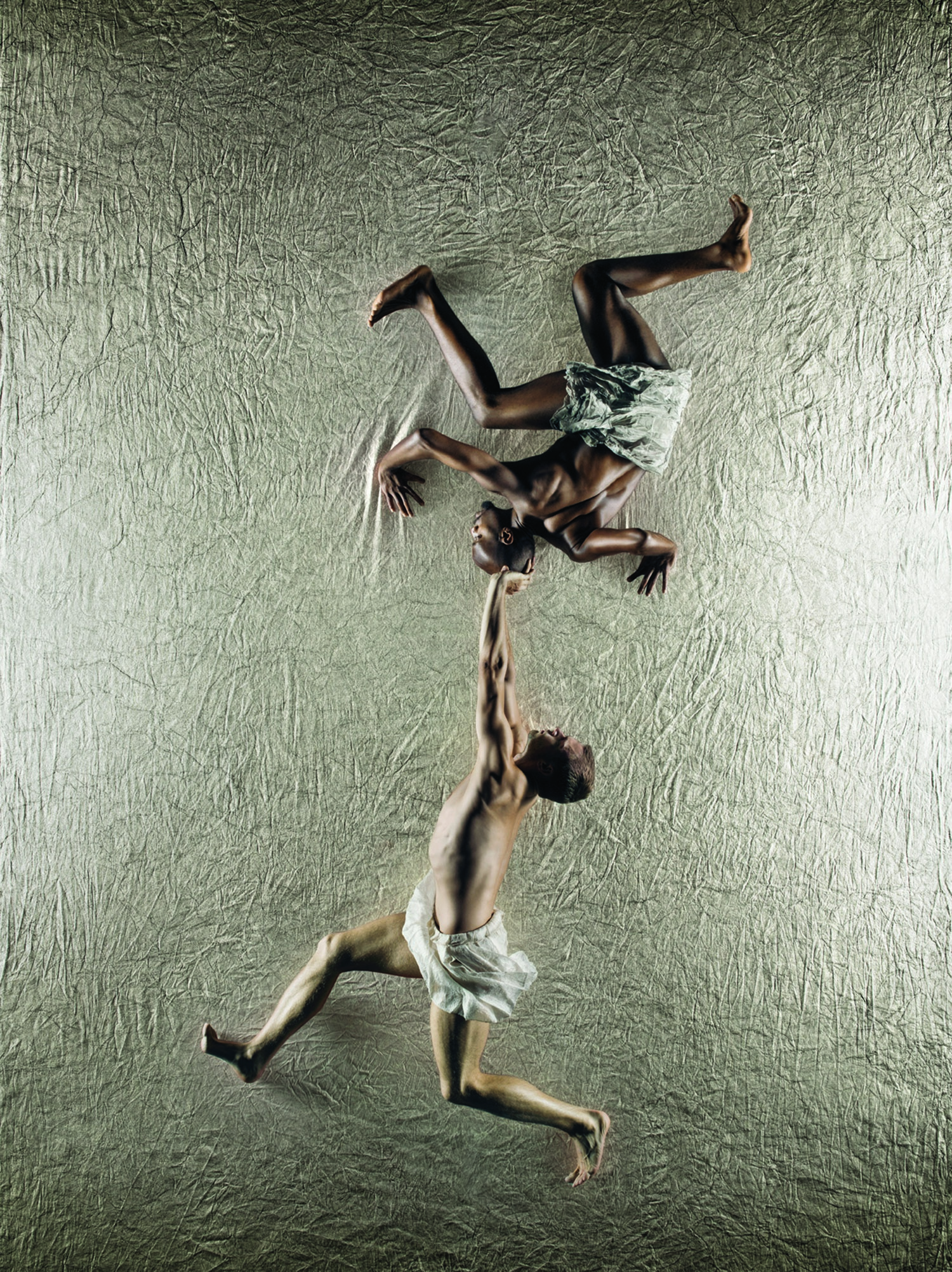 Dance legend, Judith Jamison, once said that Alonzo King is “one of our unsung heroes”, someone who didn’t get “nearly enough recognition for what he does.”  After seeing this season’s opening and world premiere of Refraction – a collaboration with jazz superstar, Jason Moran – arguing with Jamison would be pointless.  San Franciscans should consider renaming the Golden Gate Bridge in homage of their “homeboy” genius since King continues to successfully redefine ballet.  In doing so he bridges ballet’s overly technical and conceptual side with dance’s primordial roots and ooze.

With Refractions, King makes ballet look like it originated in a herd of migrating giraffes, a pack of lions stalking the Sahara, or in the craning and contorted necks of Masai ostriches and lesser flamingos. In his collaboration with Moran, he produces movement that looks and feels more elemental, spontaneous, more sensual, than jazz itself.  At the same time he maintains the heady dignity of classic ballet as an under current.  King is a jazz musician, his dancers his keyboard, with each dancer being as essential and precise as the note beside them. And, within this company of stellar talent, that Brett Conway’s presence and perfection still manages to peek above the herd says volumes about his aptitude.

For Moran, who had been accredited with being “like no other jazz pianist at work today”, Refraction is his first composition for dance.  Yet, his avant-garde composition style and mixing up of jazz idioms makes him the perfect match for King’s equally iconoclastic choreography. Moran performed his piece live opening weekend accompanied by musicians Tarus Mateen and Nasheet Waits. The result was seamless, as neither choreography nor composition overpowered or under-whelmed one another.

This was not quite the case with the second act performance – the Moroccan Project – as it was also accompanied by a live performance of Moroccan musicians – El Hamideen. By their sheer number, the amount of pulsating Gnawa percussion, Andalusian-flamenco clapping, combustible rhythms, and guttural vocals, this ecstatic music at times overpower the dance.  Still, given the climate of funding for the arts, it was a treat to have both of these performance accompanied live by such gifted musicians. How much longer audiences will have access to such extravagance?

The Moroccan Project was copper in tonality, stage and costume design.  It was as vibrant, spicy and smoke filled as a Moroccan bazaar with as many outlets and possibilities as a Kasbah.  At times hectic to its advantage, and at other moments as undulating as a silk scarf rippling its way toward the ground before being swooped up – a second before landing.