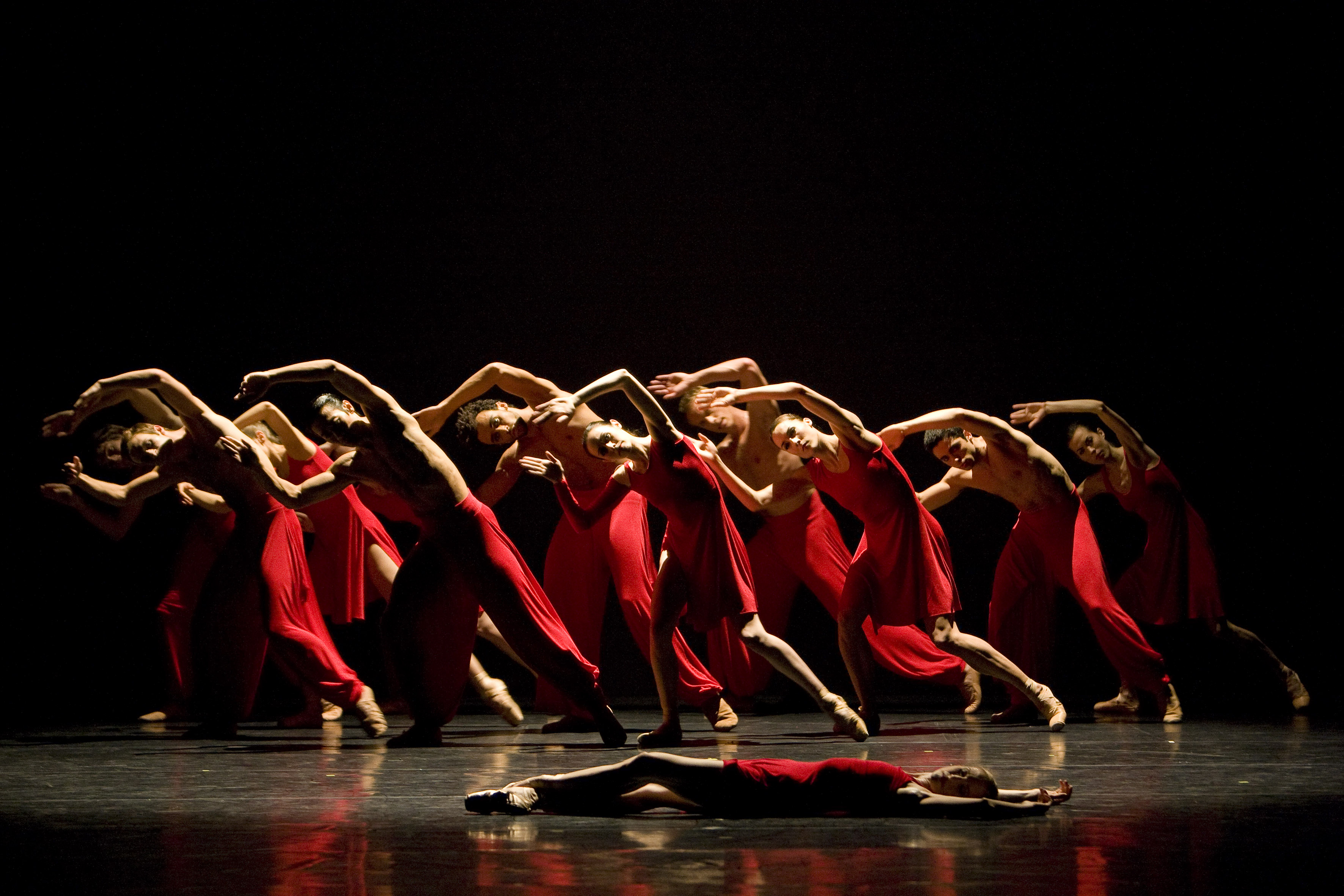 As we left the Novellus Theater at YBCA, my friend remarked, “I’m
usually not tired when I leave a dance concert; tonight I am
exhausted.” The four works on the Morphoses/Wheeldon Company
performance certainly gave us too much repetitive movement, different
genres, modern mixed with classic, much of which was noticeably not
well organized into integrated choreographic structures. I guess this
is what is now known as ‘post-modern or contemporary ballet.’  It is
certainly not good dance construction: the audience could hardly follow
movement themes, development or intention. Are they there?

The company’s mission, according to program notes, is “to broaden the
scope of classical ballet by emphasizing innovation and fostering
creativity through collaboration.” Collaboration is certainly evident:
local pianists Julie Steinberg and Betty Woo play the complex Ligeti
score for “Continuum.”Harpsichordist Genevieve Lee joined them for
section marked Continuum. There is also an extensive listing of other
artists who are credited with the production. “Continuum” appeared in
the 2002 season of the San Francisco Ballet. Not even the most ardent
subscribers in the January 23 audience could remember it, at least in
this form.

During the twelve sections of “Continuum” we see several pas de deux, a
section for the four men and several solos for the four women. As a
protégé of Balanchine, (Wheeldon was choreographer-in-residence at the NYC
Ballet from 2001-2007) he has certainly learned that neo-classic
technical vocabulary. But he juxtaposes it, seemingly without
transitions, against floor work, bizarre shapes in lifts and poses and
multiple exits and entrances. If this is innovative, let’s regress. The
NY Times critic Alastair Macaulay summarizes well when he says
“Mr. Wheeldon knits classical steps with silky changes of weight that
shift in tone between limpid duets and more robust, folk-tinged
ensemble numbers. Those shifts have an uneven texture; in a unison
section for the men, Mr. Wheeldon seeks a middle ground between the
earthy power of modern dance and soaring jumps and beats of ballet; in
some moments the two coalesce, but in others the choreography appears
piecemeal or, worse, derivative.”( NYTimes: November 2, 2009)

Another Wheeldon offering was Rachmaninoff’s”Rhapsody Fantaisie,” a
2009 production premiered at Sadler’s Wells, London. Steinberg and Woo
again played the music live. Francisco Costa’s scarlet dresses for the
women — cut just above the knee with side slits — and harem pants for
the bare-chested men, demanded constant attention – indeed make one see
red. Variations in hue might have been more pleasing to the eye.

The dancers are very capable. They handle difficult sequences with
great skill. Wheeldon, however, employs the same choreographic devices;
competitive duets, ensemble work for both men’s and women’s groups with
no distinctive geometry to the spacing…and when all else fails, the
standard arabesques, lift and pirouettes. To update these ‘pas’ the
women’s feet were often flexed, as if they were remembering “Copellia.”
Although there is much passion in the music, it is not transferred to
the dancer’s expression; there’s too much to do.  Post-modern art may
imply fragmentation; in dance, such an approach demands clear design
and imagination.

Two other choreographer’s work shared Morphoses evening.  From Edwaard
Liang,  initially offered by the Peter Boal Company, 2005, came
“Distant Cries” a duet for Danielle Rowe and Luke Ingham. Here, Rowe
appears downstage ‘listening’ for the ‘cries’ that reach Lingham who is
in the dark upstage. They do a nostalgic series of interactions; he
disappears. It is a pleasant work and a relief from mayhem.  Alexei
Ratmansky, who is also no stranger to SF Ballet audiences, presented
his “Bolero” (Ravel) using six company members. Although there were
some engaging solos (and we could count them since each dancer had a
number on his/her costume), there was no particular dramatic build to
the familiar climax of the piece; therefore the piece had  relentless
drive rather than dramatic crescendo.