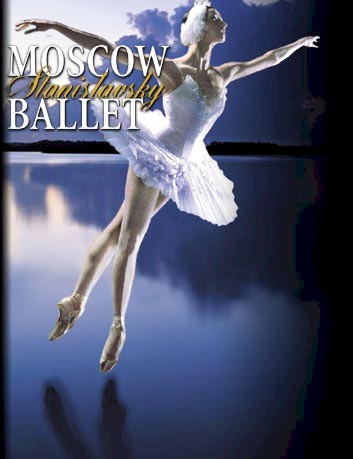 Name recognition did not sell tickets to Moscow Stanislavsky Ballet&#146;s Swan Lake at the Orpheum Theatre in San Francisco on June 7. Indeed, the half-empty house was actually watching a performance of Stanislavsky and Nemirovich-Dachenko Theatre Ballet. Try putting that on a headline. The ballet company of the Moscow Music Theatre was founded in the 1920&#146;s with a goal of creating ballets performed by dancers who had also been trained to act. Now, closing in on a century later, watching their 1953 production of the second most familiar ballet in the repertoire with an eye toward realism, was a little like watching Ronald Reagan in a cowboy movie. Acting was beside the point.

Still, Act Two brought pay dirt: 18 glorious swans in perfect formation. And although the lighting did nothing to enhance the magic quotient&#151;all that whiteness and symmetry– there was still enough opportunity to bask in the glorious presence of the line and feathery ease that come with performing a piece together hundreds of times, something no American company would dream of inflicting on its dancers, except, perhaps, at Christmas. And yet, even from a vantage point in the nearest reaches of the orchestra there was no apparent boredom, not one smug swan. Not even a smirk. Maybe these dancers were just happy to be away from Moscow.

Acts 1 and 3 should someday be banned, with their crowd-scene emphasis on scenery and costumes and limited opportunity for dancing. Or maybe that&#146;s the point. This is a grand old Russian product and what was on display was not just ballet but Russianness. For Odette-Odile in America, the role is a chance to twist an audience&#146;s hearts into a knot with the swan&#146;s dueling personalities, and the chance to awe us with bird arms, long necks and mile-long developpes. The Stanislavsky lead, Natalia Krapivina, had beautiful extension, but was rarely placed for pirouettes and grinned like a pageant contestant as the Black Swan. She was not in the least evil, more drug-happy, giddy bad. Victor Kik, the evening&#146;s Prince, wasn&#146;t nearly as strong a jumper and secure a turner as some of the other men, and the Jester, Vyacheslav Buchkevsky, was a crisp and confident technician in an annoying role.

The Vladimir Bourmeister version of Swan Lake on display was remarkable, historically, for going back to the original structure of Tchaikovsky&#146;s score while "modernising" the narrative to achieve "greater psychological depth." For balletomanes, seeing favorite music moved around, and the folk dancers at the castle as Von Rothbart apprentices, may have caused a shock, as the tacked-on happy ending might to others. The reason later versions of the ballet made so many changes had to do with streamlining things; this production was back to bloated basics.