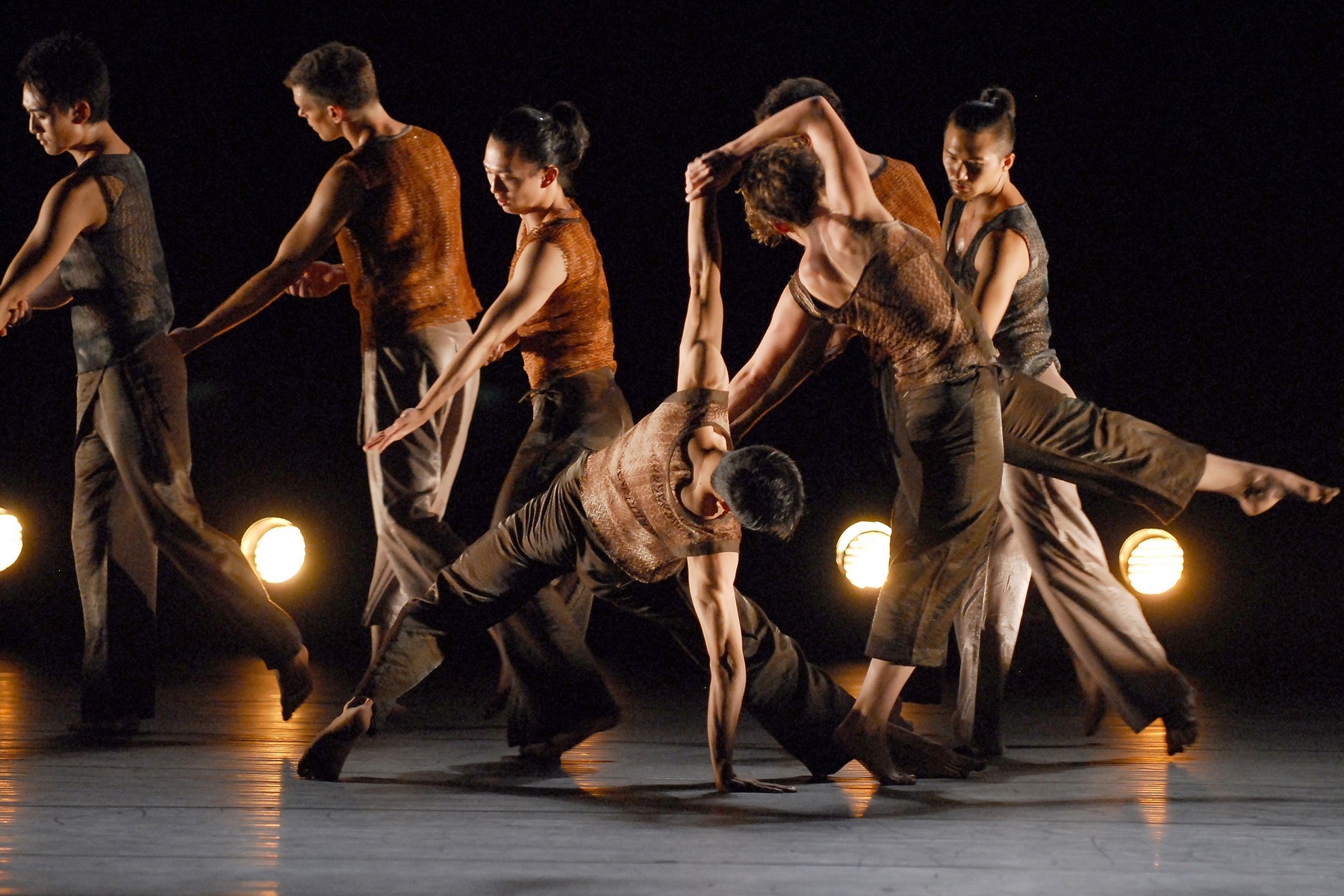 For Margaret Jenkins Other Suns (A Trilogy) was an inquiry into connection, what connects us as people, recognizing we all desire the same things yet, have different minds shaped by culture.  She distilled these differences into an investigation on cultural “symmetry and asymmetry”, allowing collaborative choreography to evolve from this juicy exploration.

Our team: Other Suns 1, choreographed by Jenkins and company, began with disjointed and slowly paced movement as if the choreography was being decided by committee or weighed down from a self imposed inquiry. Without Paul Dreshner’s eclectic live score, with additional music by Chinese composer Bun Ching-Lam, this segment, for all its activity, would have been even headier.  Fortunately, it eventually flowed into a frenzied climax of overlapping assemblages framed neatly by the score and raised hopes for the segments ahead.

Their team: Other Suns ll, by Lui Gi with the Guangdong troupe, was immediately inviting.  Free of the conceptual density of the first act, it was spacious and cool with less to prove.  At the same time its simple choreography of eloquent extensions was pleasantly ordinary and could have used a bit of dramatic tension to segue parts l and lll.
Both teams together: Other Suns lll (Crossings) naturally brought with it a heightened expectation for originality.  What would a combined effort of these two troupes bring to the final act that alone they wouldn’t have realized?  Yet, Other Suns lll (Crossings) when stripped of it grants and myth of origin offered little more than more dancers with more movement, and lacked the luster and conclusion presented near the end of Other Suns l.

If there was something to be deemed between the symmetry/asymmetry of two cultures it came as the differences between personalities of the dancers, and the overriding personality of each company rather than movement with an agenda.   In the west we are all about personality – our own.  In the east personality is often understood in relation to family and community.  Asians will often introduce themselves not by what they do, but to which town or family they belong.  One is nothing if not connected to a greater whole, whereas Americans feel we are nothing when not distinguished from the whole.

The Guangdong company is symmetrical.  They move like one unit because culturally this is what they are accustomed. Their matching physical structures and unanimous black hair reinforce this uniformity.  When dancing together they appear as an organism rather than a company of characters.  By comparison, Jenkins’ troupe is interestingly asymmetrical, different in shape, size, hair, hair coloring, and even makeup – thanks to one very blonde- blonde with a wild hair and bright red lipstick, visually distinguishing her from the company.

In producing any visual art there is the risk that the process may very well be more interesting than the final product.  The journey as art is in itself a very Eastern notion…  Other Suns (A Trilogy) would have made a better documentary than dance performance with its noble intention to “transcend national and cultural barriers.”