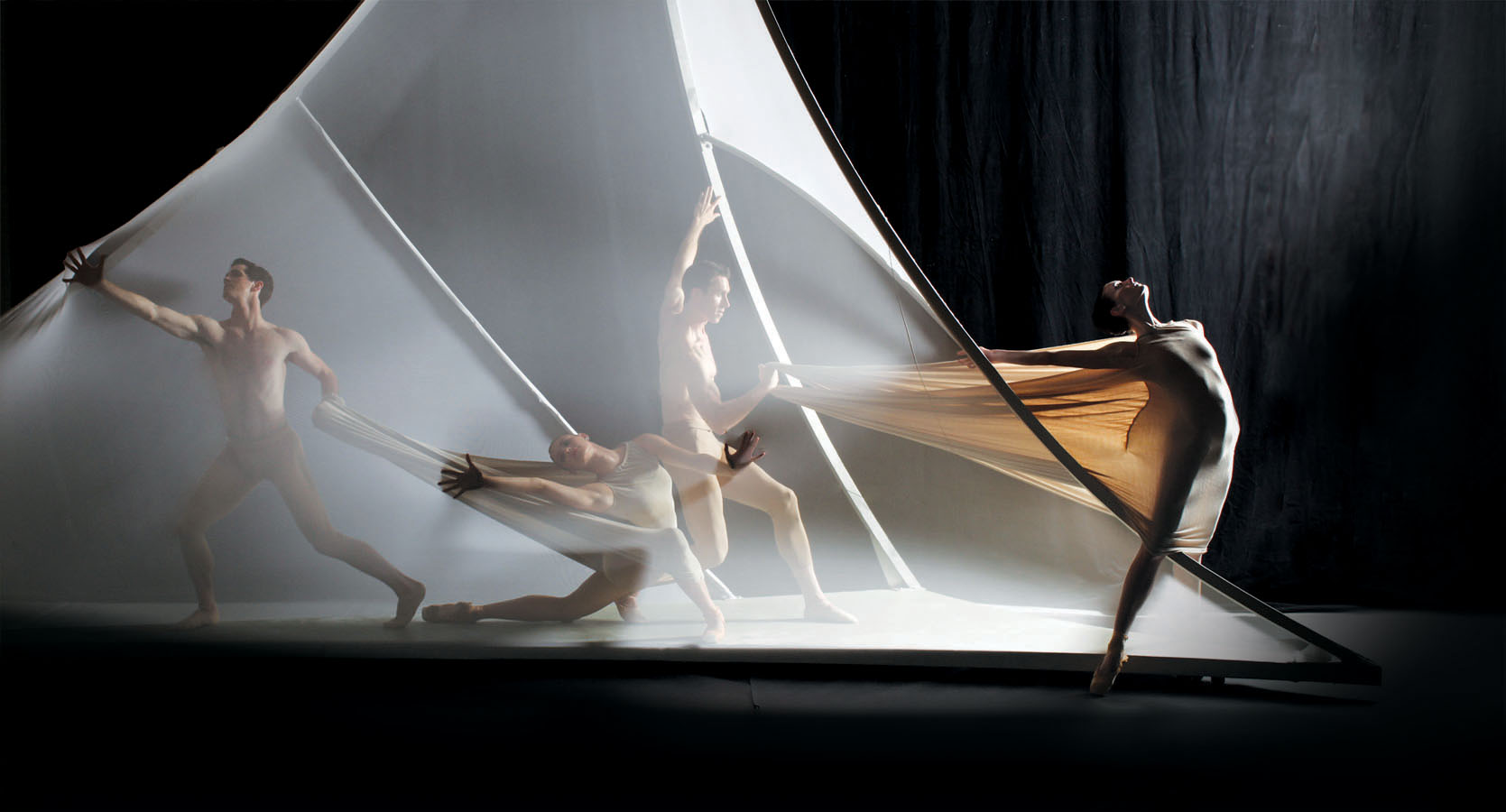 Pennsylvania Ballet performed five ballets this month, that showed their range both with the dances and the dancers. The first installment puts George Balanchine’s Four Temperaments, with their remake of Carmina Burana, by resident choreographer Matthew Neenan. The second program with a musical thread celebrating the 200th birthday of Fredrick Chopin.

If there was any question that the company was taking a risk remaking Carmina from the 60s free-love warhorse, it has been answer by audiences pounding the rafters in approval. The finale, a naked ensemble statement of body and soul that seers with Carmina’s epic choral crescendo is nothing less than a triumph on these dancers. It packs them in every time now.

Neenan has continued to tweak and the streamlined the pacing, contouring this into a company classic. And in an unexpected twist, when it was made three years ago, Oana Botez-Ban’s costume designs are Gaga-esque au courant from near nude fleshy unitards with tattooing to white tail boa bustles on the women and space warrior wear for the men, not to mention cyclonic bead flapper dresses and wrought-iron tutu cutaways. Orf’s epic oratorio of Monk’s gone wild is a more abstract, universal journey of human connection.

Carmina has lurches toward thematic bloat, but this is a big work with large chunks of gorgeously inventive dance.   As the dancers add costumery throughout the piece, so too does some of the dances look over decorated. Smart programming, pared with the austerity of The Four Temperament, and a barometer of the ensemble pulse of the company and broadening aesthetic in PAB.

Balanchine’s Four Temperaments looks as supple as ever. Starting off with diamond clarity by Megan Dickinson and Andre Vytopton, every theme couple thereafter distinguishing themselves with complete understanding of this piece. The solos and duets contained thrilling virtuosity and company personality.

Principals Julie Diana and Zachary Hench are technically deft and cast joyous deportment.  Their pacing was lyrical even with  Diana’s legs kicking the room down with those mile high extensions. Ian Hussey’s Melancholic is poetic and stoic essaying his own pacing with complete authority. Daniel Cooper, in front of the fleet quartet of women for Phlegmatic, moves in and out of the group’s crisp unison, with ease and drama.

This concert was on fire in no small part because of conductor Beatrice Jona Affron,  PAB orchestra and (for Carmina) The Philadelphia Singers.  Martha Koeneman’s piano on the Hindemith has such steeled command it ignited artistry onstage.

In the second program three works scored to the music of Frederick Chopin to explore how dancey he is.  Koeneman was front and center showed her comic side in Jerome Robbins’ The Concert, a cartoon of musical chairs with the dancers playing music lovers displaying BAB (bad audience behavior). Her Chopin accompanies stoogey duets and the corps women hilariously out of unison with each other. The most famous Chopin prelude accompanies a moving umbrella dance that says so much about who we are as urban dwealers.

Neenan’s The Crossed Line does not have the strident narrative of Carmina and it is a much more interior work musically and choreographically. The playfulness in the group lines- one configuration has the dancers bent down and popping up like hammers in a piano. Communal circles and group blooms hand off to duets and trios that look abstract, all, intriguingly, directly involved with the music. Gabriella Yudenich and Francis Veyette were standouts in what is one of Neenan’s finest pas de deux.

In the Night by Robbins with its the three waltz variations that evoke another time, but doesn‘t make us travel. All of the three couples created the beautiful stage pictures with technical clarity, but the pristine quality looks mummified by now. Compensating, James Ihde and Lorenzo captured an animation that keeps it more grounded to fantasy.