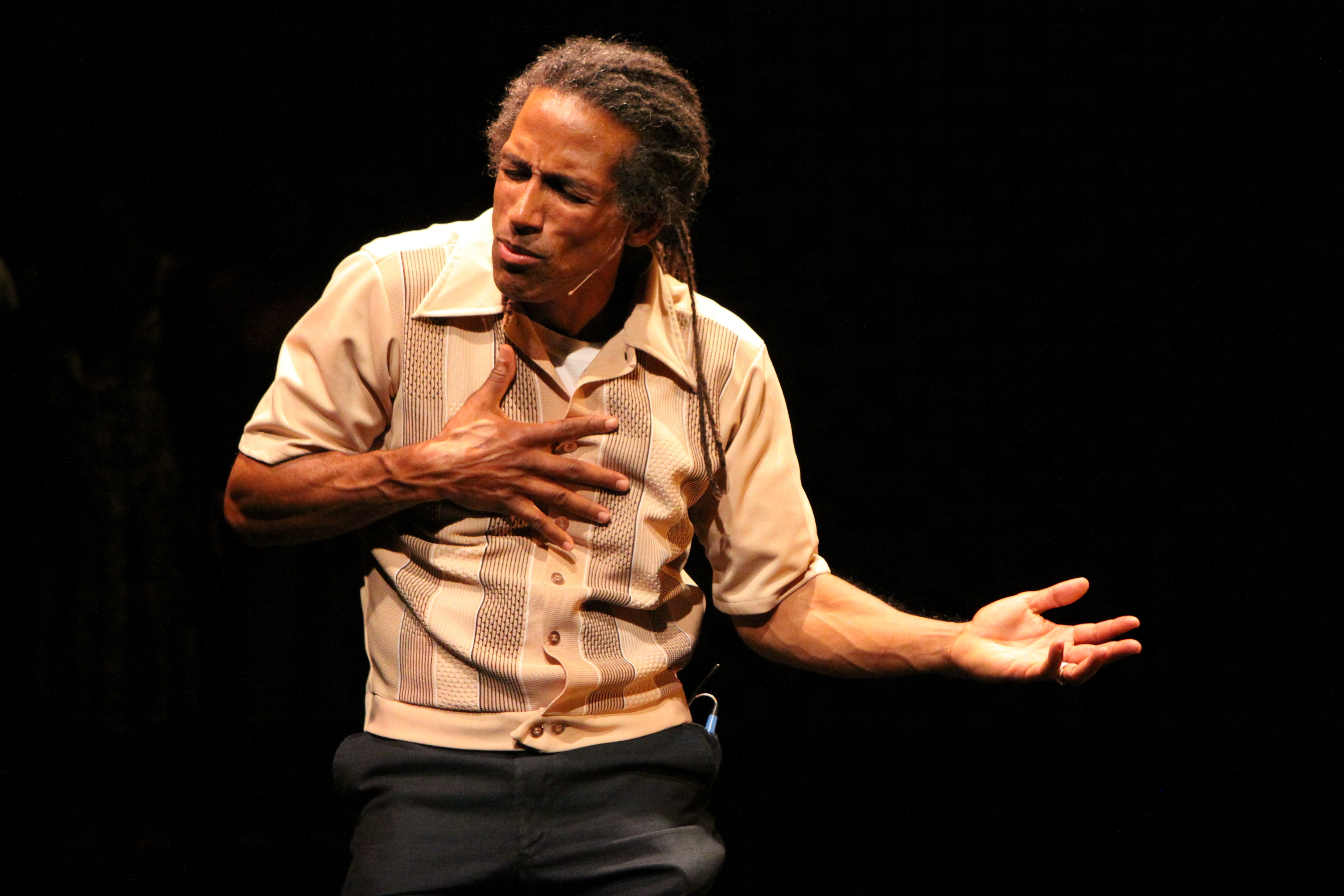 David Roussève is all about stories that ring true to the African American experience with an intention of reaching universal truths. Saudade, Roussève/REALITY’s newest piece, mixes text, film and a variety of dance forms, including Indonesian, West African, Bharata Natyam, and post-modern dance. Loosely translated, saudade is a Portuguese word encompassing longing for what has been lost and hope for its unlikely return.

A tall, handsome figure, Roussève starts out downstage, in an intimate circle of light. As he goes through his various machinations about his purpose, we see a man de-constructing his stories. Several poignant tales punctuate the nearly two-hour dance drama as Roussève takes a slow motion march on the diagonal stopping only to tell a tale. He tells the story of a former slave, Sally, who is taught to read and write by her sister amidst incredible danger, another of an older man’s tender love for his soft-pawed cat. A consummate storyteller, Roussève captivates in these passages. His inflection, body language and clarity bring these tales beyond the usual text /movement matching.

The passages in between, nobly performed by Roussève’s global dance troupe, prove less successful. Saudade is a sprawling piece and the chaotic dances between each story add little to the narrative thread. At times, clever off shoots carry some interest, but they dissipate just as soon as they get interesting. Still, his competent troupe is a marvel to watch as they slip between speaking and dancing in a dazzling display of world dance forms.

At the very end Roussève finally returns to where he started in his spot. He retraces his journey tying it all back to his own life. Roussève evokes a sense of relief, that everything will be alright.  It’s a strong moment, however, not strong enough to bring cohesion to the whole of Saudade.