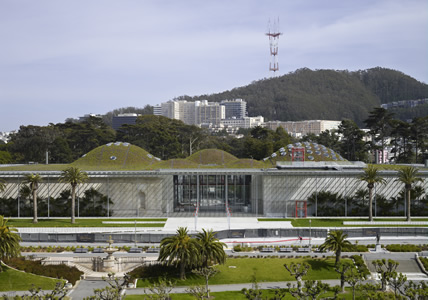 The Academy is all about “the emergence of life, the evolution of life, and the sustainability of life,” according to Executive Director Dr. Greg Farrington. All noble aims, but the exhibits never miss a chance to preach. Over the drinking fountains are messages about the evils of bottled water. Even the doors of the toilet stalls sport quotations about biodiversity and sustainability.

I’m with you, guys, but enough already!

The Academy is open Monday through Saturday from 9:30 to 5, Sunday 11 to 5, closed Thanksgiving and Christmas. Admissions range from free (for children under 6) to $24.95 for adults. Various deals are available, and regular visitors will want to consider buying a membership.