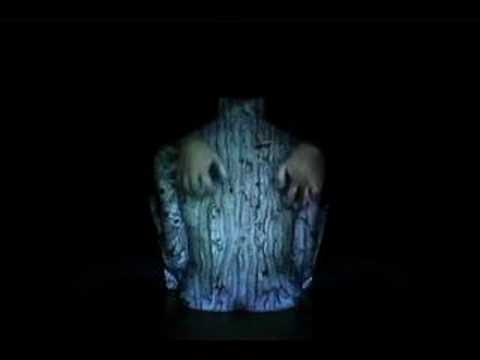 David Parsons directed and choreographed this “operita” by Astor Piazzolla, with a small cast of two singers, a narrator, ten dancers, plus orchestra and chorus. Everything felt right in this compact production, led by strong yet fluid vocals by baritone Ricardo Herrera, and a high-energy Maria portrayed by Nicole Piccolomini. Carol Bailey designed the sets, combining high concept projections with old school sculptures, such as a giant pile of chairs on wheels. Parsons captured the flavor of tango — slashing legs, daring dips and an air of lambent aggression. A pair of dancers paralleled the two singers like small, athletic shadows, acting out emotions being sung. In some of the best scenes, Parsons kept the action minimal, allowing the dramatic line to stand out and the heat of Piazzolla and tango to rise up. And it is also always a pleasure to hear Piazzolla’s music live, particularly Hector del Curto on the bandoneon.

Just because a performance is gratifying doesn’t mean it has to be enjoyable. So it was with Charlotte Van den Eynde and Kurt Vandendriessche’s MAP ME. Trompe l’oeuil scenes were constructed by films projected onto their naked torsos—fingers slowly ripping into a clay “spine,” chest drawers (projected on her chest) being messily emptied of socks, a panelled man’s body constructed in reverse. While these scenes took time, their hypnotic effect probably would not have been the same with less duration. The pair placed bags over their heads which they taped together at the crowns, then passed through some vaguely familiar poses from Cranach’s paintings. On their torsos, they sketched parts of drawings which were completed when they pressed their bodies together, and marked each scene with dully clever handwritten signs. The evening – a study of cause and reaction between two people, be it emotional or biological — took place mostly in silence, which contributed to an air of preciousness.

The Age of Rembrandt

The Metropolitan Museum, through January 8, 2008

The Metropolitan Museum is showing Age of Rembrandt, all of the Met’s 228 Dutch paintings which date largely from the 17th century. What is striking is how good the Dutch were technically, in spite of (or because of?) such limited subject matter—bleak landscapes, still lifes of food or flowers, one another. The light, or lack of it, also distinguishes this group of paintings, from Rembrandt’s candlelit portraits in which blacks smolder like charcoal, to Vermeer’s eerie milk-veiled interiors balanced by a primary color palette. A dour world-weariness typifies the general demeanor of portrait subjects, but in contrast to that are Franz Hals’ paintings, whose bachannalian abandon is matched by his flamboyant compositions. But the biggest key is that the paintings are grouped by collectors, whose names hover most prominently above the art, Trump style. While this may be easily criticized for being crass, it deftly points up how the art world has long been inextricably intertwined with commerce and the legacies of the world’s power brokers. Has it really changed much since Rembrandt’s time, or only gotten worse?

Ballet can always use some new energy, even if some efforts simply help define what is not successful. This program featured dogwood by Amanda Miller of Pretty Ugly Dance in Freiburg, Germany. Her work mildly evokes Forsythe – socked feet, fluorescent tubes, a hermetic environment. The four dancers (including Miller) played off of chairs with ornately cut tri-wall backs, sometimes pairing up and interacting casually, other times venturing off alone to doodle and flash their swooping turned-in leg extensions near the live musicians, who lined a side of the stage. Luca Veggetti’s Four/Voice was stylish, for sure, but felt as meaningful as a Calvin Klein ad with its chiaroscuro lighting, sleek black costumes, and chill attitude. New York City Ballet and Armitage dancers performed, with Robby Fairchild standing out with his elongated line. Alison Chase (a founder of Pilobolus) contributed Sweet Alchemy. Unfortunately, the six NYCB dancers did their best but were understandably unaccustomed to the controlled, frozen poses delivered so easily by Pilobolus, including the curtain opening scene in which the women were held shakily aloft by the men. She often chose to make the three pairs move in synch, giving an air of predictability. And the glam projected photos of the dancers by Sean Kernan seemed calculated to draw attention from the action onstage, for better or worse. Of the three, Miller succeeded by not worrying so much about the pushing the technique’s exploration, nor being cool, but about more basic spatial and fleeting emotional relationships between the performers.