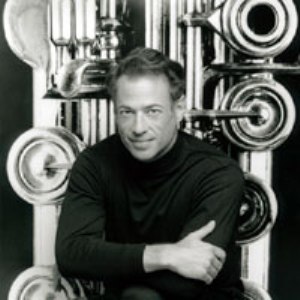 Stravinsky’s 1920 ballet score “Pulcinella” resurfaces in concert halls eventually as an orchestral suite. It has an easy-access Igor feel, even a stateliness to it. It is almost always done sans the vocal sections, maybe because of the unconventional structure, which basically completely castrates a masterwork. Conductor Joel Smirnoff and the musicians of the Curtis Chamber Orchestra performed the full work for the Philadelphia Chamber Music Society last week with singers.

Soprano Kirsten MacKinnon, bass-baritone Julian Arsenault and tenor Christopher Tiesi made this a vibrant reconstruction. The singers scaled the work for its intimacy, the effect drawing you past the stately surface. Curtis strings are often the best outfit in town for their sonic power, and they also detailed quieter baroque qualities of the work as well as being the rhythm drive in this percussionless piece. They are even as sparkling on “Pulcinella”’s flash prestos. Standouts included the silky reed streams of Wenmin Zhang’s bassoon and Samuel Nemec’s oboe, along with first violin Libby Fayette in a simmering string dialogue with violist Amanda Verner.

Midway through Frank Martin’s “Ballade for Flute,” it dawns on you that soloist Jeffrey Khaner never seems to be drawing a breath. Khaner, principal flutist at Philadelphia Orchestra, reminded me of Lee Morgan, the great jazz trumpeter who also could go on forever. This piece has the feel of a jazz riff, with Khaner diving in and out of the orchestral waves. It has a subtle melancholia, expressive in slight tremolos, belying the flute’s sprightliness, all accented masterfully by Khaner. Khaner’s second solo, Charles Tomlinson Griffes’ “Poem for Flute” was flashier, but less compelling.

Darius Milhaud’s “Le Boeuf sur le toit” was written after the composer visited Argentina and his musical heritage. It is fusion French-Latin. The scenario of the ox on the roof, or more the alternate title, “The Nothing Doing Bar,” is taken from a Jean Cocteau cabaret tableaux. Its musical characters–the Boxer, the socialite, the drag king and the cop—make up the oblique narrative. It plays out in repeats and pretty fast. The French pastorale backdrop is shaken up by a salsa rhythm. The band missed that dodgy big-band swing out and didn’t spring the “it” character of the piece past the lovely resolves. Time for a Basie session.