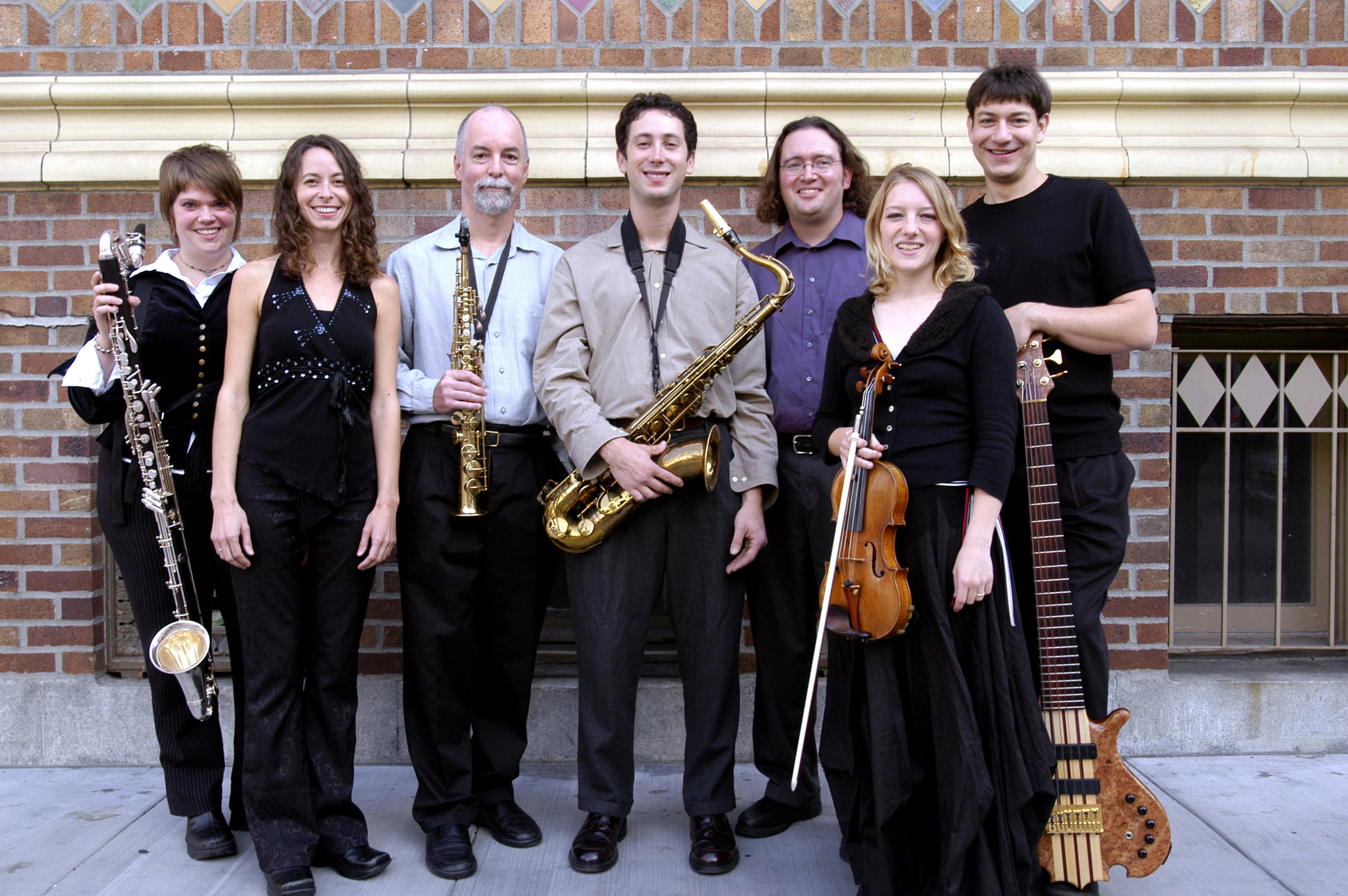 Music of the Americas

Putting a musical program together is as much of an art as writing the
pieces that appear on that program. Everything has to fit and offer
strong contrasts, as in life, because as Karajan once quipped ” nobody
wants every day to be a holiday. ” All the concerts I’ve gone to at
SFCMC’s location in the Mission have been well put together, and this
one, which benefited the Leukemia and Lymphoma Society, kept to the
same high standard. Still, it was hard to see how all of the works were
“of the Americas ” — one composer was Italian-born — except perhaps
in the sense that the United States’ “mission,” at its “best,” has been to
include everyone, and you don’t bar the door when a charming out-of-town guest knocks.

But what did all these pieces have in common? An exploration of melodic rhythms of many kinds, and a focus on transparent and/or thick textures, with one sometimes following closely on the heels of the other. “Levanta Poeira ” by the Brazilian composer Zequinto Abreu (1880-1935), and “1 x 0 ( Um a Zero )” by two other Brazilians — Pixinguinha Alfredo da Rocha Vino Filho (1897-1973) and Benedito Lacerda (1903-1958 ), both arranged by Rova Saxophone Quartet’s Steve Adams, who
played them on flute, with Rachel Condry, bass clarinet, seemed to be
preoccupied with shifting phrase lengths, especially on the flute,
which Condry’s clarinet shadowed. Alex North and Philip Glass have
exploited the bass clarinet’s dark colors to great effect, and Adams’
arrangements did the same here.

Condry, this time on clarinet,
negotiated the challenges in three pieces by the Venezuelan Antonio Lauro (1917-1986 ), arranged by the legendary Cuban, Paquito D’Rivera, which sounded like studies, though far from academic ones, in beautifully contrasted lines and tempos.

William Susman’s “Duo Montuno” for piano and clarinet, played here by
Paula Dreyer and Condry, bloomed like the proverbial ” rose between 2
thorns,” sandwiched as it was between two often “thorny ” modernist
pieces. Susman’s version of a montuno — a repetitive figure with
particular harmonies found in African and African-Caribbean music —
had many sonorous charms, the writing transparent, with the sometimes “floating” Impressionist chords from Dryer’s piano serving to mark off
the verse sections of this quietly powerful piece.

Davide Verotta’s “Yanitl,” which the composer introduced from the
stage as a kind of dream of love as a monster — it not infrequently is
— created a suitably vertiginous feeling, with expert work from
Verotta on piano, Sarah Zaharako on violin, and Condry on clarinet.
Bassist Matt Small and his Matt Small Ensemble raised the roof with two
equally dramatic pieces — “Your Hero’s a Drug Dealer” and “A Cannibal’s Nihua Moon” played by Steve Adams, soprano sax; Condry, clarinet, bass clarinet; Kymry Esainko and Paula Dreyer, alternating on piano; Zaharako, again, on violin; with Micah McClain on drums —
darkly colored and full of sudden metric shifts.. And let’s not forget
that parts of Small’s pieces were improvised, and that jazz became one
“music of the Americas ” centuries ago when the slave ships carried
its seeds from Africa to here.

This was a wide-ranging and very provocative show, with fine playing
at every turn. And Small, whose virtuosic music was new to me, is
certainly a singular voice.