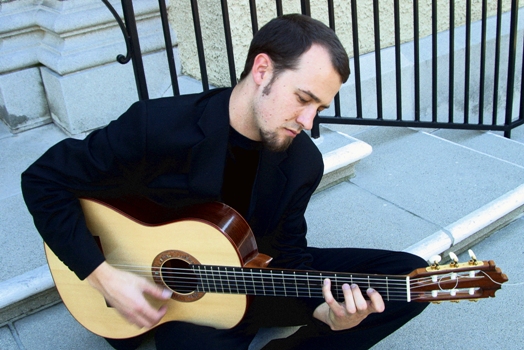 Chamber Orchestra of Philadelphia in Works by Rodrigo and Bizet

Certain works of music have the power to stop you in your tracks no matter when or how you hear them, on a crappy car radio or on the finest digital equipment. Joaquín Rodrigo’s “Concierto de Aranjuez” is one such work, but its transcendent power can only truly be experienced live. The work was the centerpiece of vibrant programming by Andrew Grams, guest conducting with The Chamber Orchestra of Philadelphia concert Jan. 24 in the Perelman Theater.

Grams, much in demand in the U.S. and internationally, bounced onstage all smiles in a smart runway Hugo Bossy-style suit and launched into “La Oración del toreo” a sparklingly subtle orchestral work by Joaquín Turina composed in 1925. The piece has a clamorous beauty with tango-waltz pulses tightly essayed by these players. Wonderful sonority in the cello and bass dialogue, not to mention the formidable violins led by concertmaster Gloria Justen. Grams went for every detail. It was the perfect prelude to the Rodrigo.

Guitarist Gyan Riley unceremoniously came on (in flannelly cafe attire) and looked a little uncomfortable trying to position his foot-stand, getting the cocked-leg just right. He signaled the maestro he was ready and he was immediately inside this haunting work. His artistry, from the bone-dry strumming to echoing lushness, had such authority. Riley’s interpretation was intent on delivering its musical pureness and as a seminal cultural touchstone. This is also a work that is perfectly suited to this 30-piece chamber ensemble.

The concert concluded with Georges Bizet’s Symphony No. 1 in C and had all the glamour of youthful reverence from a 17-year-old composer. Its first movement symphonic hook was grand, even as it is derivative of number of classical masters. But it keeps evolving and you wonder if it isn’t a prologue, homage or satire. The second movement Adagio is where Bizet makes indelible narrative moves. The remarkable oboe line, one of the most famous in classical repertoire, is played with mystery and supple control by Geoffrey Deemer, with those cascading strings never sounding better under the cool fire ignited by Grams.