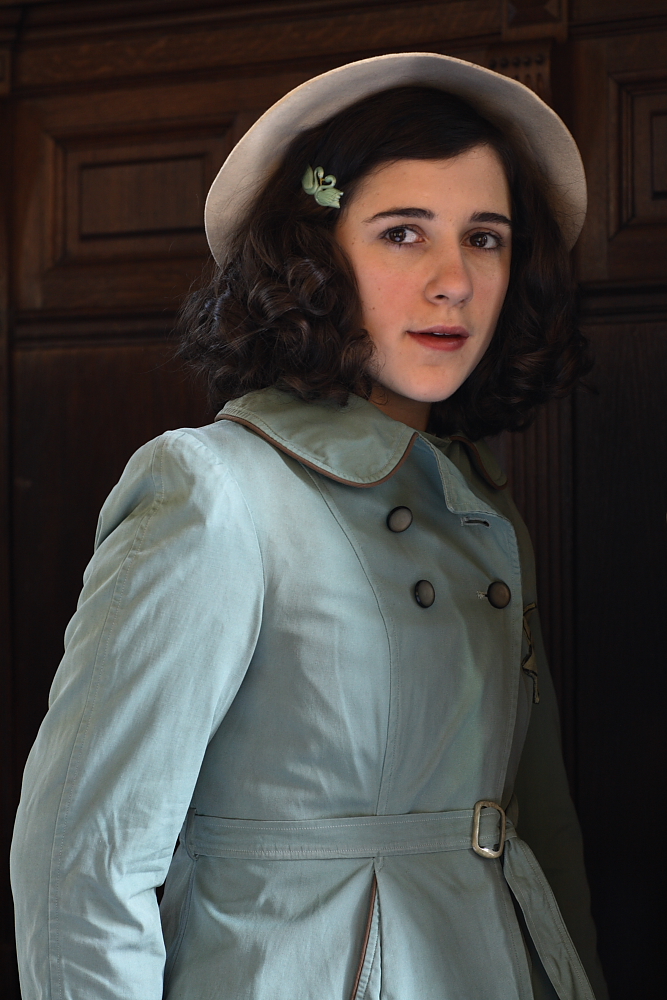 The Diary of Anne Frank: A PBS Masterpiece Classic

PBS’ Masterpiece Classics will air the new two-hour production of The Diary of Anne Frank on April 11, 2010, Holocaust Remembrance Day. This polished, poignant and powerful production will brings tears to the eyes and sadness to the heart, no matter how familiar the story. In spite of that, The Diary of Anne Frank is a paradigm of the conquest of fear by hope and courage.

For two traumatic years, to avoid being taken to Nazi concentration camps, Anne Frank and her family, along with four other Jews, hid in the sealed-off claustrophobic upper rooms of the annex of Otto Frank’s Amsterdam office building. Otto was counting on the occupying Germans not being aware of the secret building. Frank’s workers risked their lives to protect and help the family.

Anne had happily received a diary for her 13th birthday in June 1942, several weeks before the Frank family went into hiding. She faithfully wrote in it about her everyday life in hiding, from chores, parties, and arguments, to her maturing thoughts, her sexual awakenings and her teenage rebellions.
In early 1944, Anne heard a broadcast by the exiled Dutch Minister for Education, Art and Science, in which he called for the preservation of “ordinary documents—a diary, letters …” to create an archive of the suffering during the Nazi occupation.

After hearing the broadcast, Anne became obsessed with organizing and completing her diary. Despite the escalating hardship and dread, writing gave Anne a renewed sense of purpose. While she was writing for herself, she was also writing for posterity.

It’s hard to find any faults or flaws in this remarkable production. Ellie Kendrick’s performance as Anne Frank seems to display effortlessly the conflicting facets of Anne’s personality. Anne could be self-centered and disrespectful to those around her, including her devoted parents. However, she was also intelligent, talented, curious and animated. Under the direction of Jon Jones (Northanger Abbey), Ellie Kendrick (An Education) seems genuine and natural in her role. She even looks like Anne Frank.

Deborah Moggach’s adaptation is based on Anne Frank’s unexpurgated diary, whereas previous dramatizations have used a cleansed version authorized by Otto Frank. Moggach’s script subtly develops the multi-faceted characters; it is restrained rather than maudlin.

Iain Glen (Into the Storm) is wonderful as Anne’s strong, determined and kind father. Tamsin Greig (Emma) well plays Anne’s traumatized mother, Edith, who can’t help but focus on the horror that will likely await the family. Anne’s older sister, Margot, acted by Felicity Jones (Northanger Abbey) keeps her sanity by being studious and quiet.
Rounding out the excellent cast are the four others secreted in the annex, the argumentative Hermann van Pels (Ron Cook) and his coarse wife, Auguste (Lesley Sharpe), their teenage son Peter, Anne’s first love (Geoff Breton) , and the difficult and demanding Albert Dussel (Fritz Pfeffer) who is foisted upon Anne as a roommate.

In August 1944, with no forewarning, Nazi soldiers suddenly broke down the walls of the hiding place and arrested the eight residents. In a poignant moment, we see Edith Frank begin to clear the table before leaving. As each person walks down the annex stairs for the last time, rolling captions give us the tragic information about where and when each died. Only Otto Frank survived.

Anne died in Bergen-Belsen from a typhus infection in early March 1945, about two weeks before she would have been liberated by British troops.
In the final scene of The Diary of Anne Frank, Miep Gies, one of Frank’s workers, sadly walks into the empty annex. She picks up Anne’s papers, which lie on the floor, discarded by the Nazis. After the war, Gies gave the papers to Otto Frank, who had the diary published to worldwide acclaim.

This new production of The Diary of Anne Frank takes viewers into Anne’s life, heart and writings with drama and dignity. Don’t miss it.