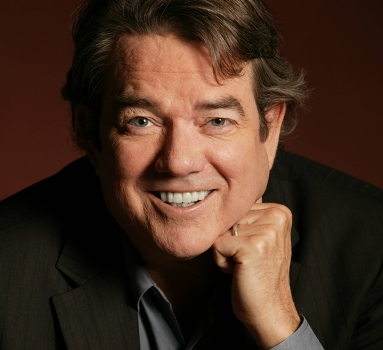 Jimmy Webb has been a successful singer-songwriter for more than 40 years, but it was artists like Glen Campbell, the Fifth Dimension, Elvis Presley, the Supremes, Frank Sinatra, even the actor Richard Harris, who made his songs famous. Many have been recorded, like the pop anthems they are, by multiple artists. “Wichita Lineman,” the Campbell classic, is sung by Webb with a little help from Billy Joel on a new Webb CD, “Just Across the River.” (Webb will singing the song by himself on his tour across the U.S and the British Isles).

The new collection was supposed to be his “Nashville Album,” Webb said in a phone interview. Longtime producer Fred Mollin told the artist, “Stop singing cabaret shit and get back to your roots. [Webb had recently collaborated on a project with cabaret singer Michael Feinstein.] Sing like a guy from Oklahoma. No celebrities.”

They did go to Nashville, Webb said, and had an amazing experience working with some “heavy-hitters,” veteran studio musicians at the Sound Emporium recording studio. They recorded 13 songs in two days. “Mostly first and second takes,” he said. Afterward, word started to get out about the project and Webb began to get phone calls from old, famous friends. Many of them wanted to get involved in some way. Mollin relented, and by the time they finished re-mixing, months later, there were 11 celebrities backing up Webb on the various songs, some of which are classics, some less known.

Every star on the new CD is there for a reason, Webb said. Each has a special relationship to his song. Billy Joel had been bringing down the house for years, Webb said, every time he toured to Kansas and sang about the lineman. “Wichita Lineman” has been called the best pop song ever. James Taylor was just nominated for a Grammy in 2009 for his rendition. “It’s a straight story: it has a beginning, a middle and an end. I also think it’s a good driving song. When you’re in a car listening to ‘Wichita Lineman’ on the radio, it makes a magical force field,” said Webb.

When Webb was 14, in 1961, the very first record he ever bought was Glen Campbell’s, “Turn Around, Look at Me.” Although Campbell went on to make hits out of many of Webb’s songs, and the two artists still make joint appearances on stage, Webb saidwhen they met, he was sporting long hair (it was 1969) and the first thing Campbell said to him was, “get a haircut.” Campbell joins Webb on the new CD for “By the Time I Get to Phoenix.” Also appearing on the recording are Jackson Browne, Vince Gill, Willie Nelson, Linda Ronstadt and Lucinda Williams. “Lucinda and I were hanging out in L.A. once, and she said her favorite tune was ‘Galveston’— another Campbell classic. “That was one song where I thought a woman’s voice could help the main character come alive. There are facets to this song never explained before,” he said.

Linda Ronstadt had just announced her retirement from singing when Webb sent her an email talking about the new CD and its concept. “She had been having trouble with her voice and was obligated to one more mariachi tour before retiring.” (Ronstadt had specialized in singing Mexican mariachi classics during the last few years of her career.) Webb told her he had an idea to do the song “All I Know” with just guitar backup. Ronstadt called him and said, “Damnit, you’ve gotten me interested in that song.” “There was a poignancy to that moment,” Webb said, “because I didn’t know if she’d ever sing again. Her voice sounds elegantly beautiful on ‘All I Know,’” he said. “I loved the meticulous way she covered my voice.”

Webb has always written his own music as well as his classic lyrics. He is the only artist ever to win Grammy Awards for music, lyrics and orchestration. He is a member of the National Academy of Popular Music Songwriter’s Hall of Fame, and the Nashville Songwriter’s Hall of Fame. His versatility is evident in the titles of some of his most popular songs. “Up, Up and Away,” was made into a hit by the Fifth Dimension. “They created their own genre,” he said. “They were unlike any of the other black acts of the ’60s with their own groove and sound. It was a more sophisticated version of Motown.”

“MacArthur Park,” was recorded by Donna Summer, Waylon Jennings, the Four Tops and Father Guido Sarducci (of “Saturday Night Live” fame.) It was also popularized by the non-singing Irish actor Richard Harris, who released an album of all-Webb songs in 1968. “I can’t tell you the secret meaning of ‘MacArthur Park,’” Webb said. In terms of the notorious line, “someone left the cake out in the rain,” however, Webb does offer a clue. “Auden (the poet) wrote, ‘I look in the mirror. My face looks like a cake left in the rain.’”)

Webb’s success as a songwriter inspired him to put together a text about songwriting itself. “Tunesmith: Inside The Art of Songwriting,” (Hyperion, 1998) allowed him to elucidate his method. “It about the building blocks of successful songs,” he said. First there is a story. “I start writing things out,” he said. “I write pages and pages for one song. I write possible lines. Related rhymes. I put my materials out in front of me like a painter mixing paint on his palette.” On his website he writes, “I like words. I like the way they clash around together and bang up against each other, especially in songs.”

Successful songs all have a beginning, middle and end, he says. “The melody is only the vessel, the carrier of a message.” Webb started out at 16 writing for the publishing division of Motown records. “They drilled that into me, ‘What’s the message?’”

One of the musical secrets Webb discusses in the book is the importance of chord progressions. “Chords have a subliminal message,” he said. Unfortunately, some people are chord deaf, he said. “It’s like being colorblind. They don’t hear chords.” One of the more subtle aspects of songwriting is choosing one chord over another, he said.

Although the new CD features older songs, Webb continues to write new ones. Judy Collins featured a song called, “Gauguin,” on her new recording, “Paradise.” She was quoted on a music industry website saying, “It was a very, very, very challenging song, perhaps the most challenging song I’ve ever learned. It was more like learning an opera for me. But I’m crazy about it, and it’s my new favorite song.”

“I still make my living writing songs,” he said. Webb is also on the Board of Directors for ASCAP, the music publishing advocacy organization. “There are a lot of brats out there on the Internet who don’t want to pay for music,” he said. “Other people’s lives depend on that money.” He said his royalties were down 38 percent in the last year.

“It’s not like all the spoiled songwriters are worried about having to give up their Porsches,” he said. “It’s about First Amendment rights. Most songwriters are not rich. They have other jobs. They’re just getting by. These things we create are ours.”