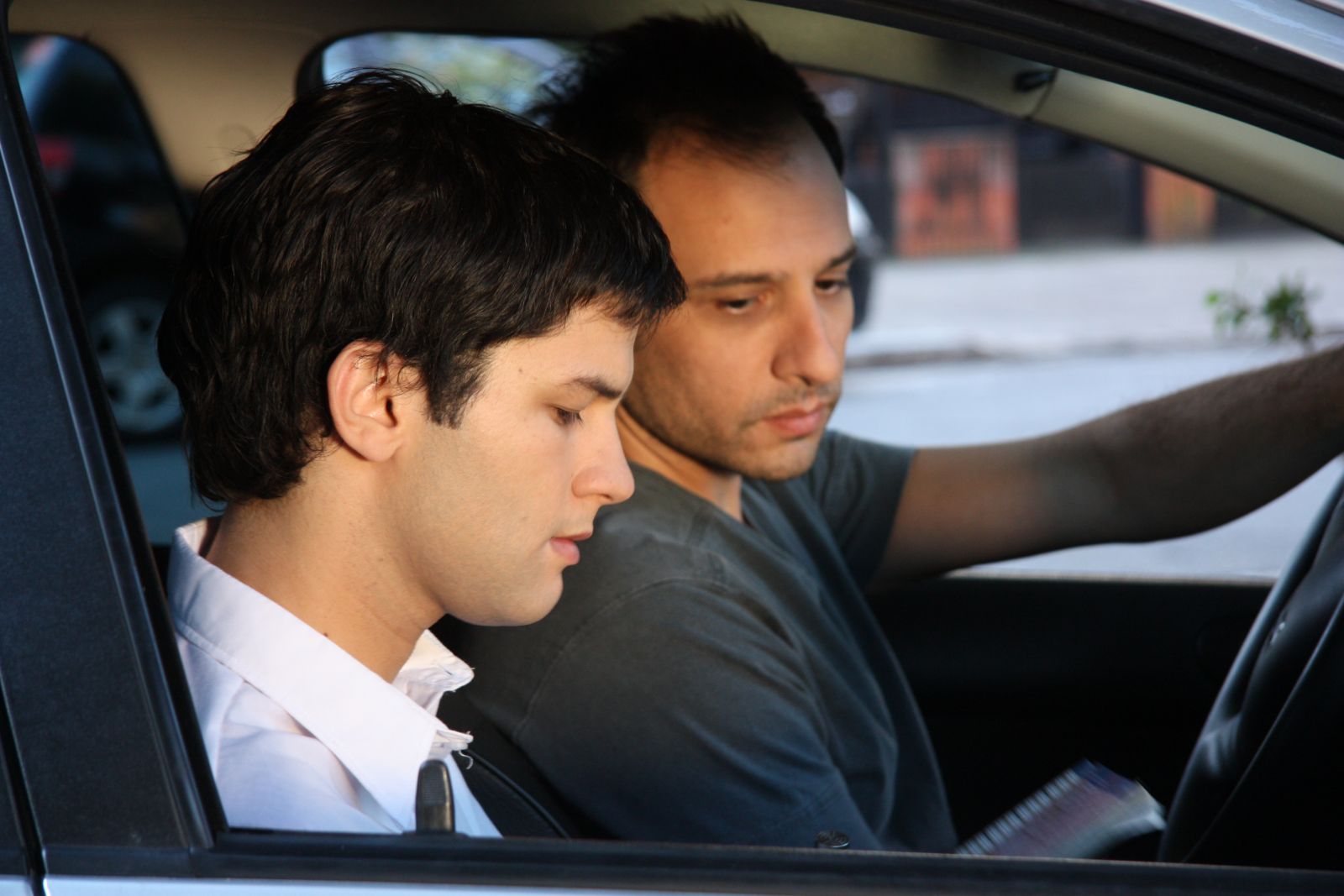 “Absent” is one of films screening at The San Francisco International LGBT Film Festival, otherwise known as Frameline35, which runs from June 16-26. The film will be shown at the Castro Theatre at 9:15pm on June 19.

From Argentina comes this inward-looking and taut story of sexual tensions between a 16-year-old and his swimming instructor. Writer and director Marco Berger is a relative newcomer, with another gay-inflected film “Plan B” under his belt. Argentine film has a long and rich history, and is one of the most important national cinemas in the Spanish-speaking tradition.

Martin (Javier De Pietro) is a typical 16-year-old, or is he? He is a simmer, he plays soccer, and he pals around with a best friend. He fails to recognize that the girl who sees him for homework help (on the feeding habits of the butterfly) is actually after something else.

One day during swim class Martin complains of an irritated eye. Juan Pablo (Alejandro Barbero), the swim teachers, takes him to the clinic and then offers to drop him off at home. Martin’s grandmother appears not to be at home and after a long wait, Juan Pablo ends up inviting Martin to sleep over at his home. Soon, Juan Pablo will learn indirectly, Martin has lied to him and only pretended no one was home.

The evening of Martin’s sleepover, tensions run high between each man. A glint of desire has been captured by the camera in each man’s eye. The camera looks through mirrors, through keyholes and door frames, Martin repeated spies upon Juan Pablo when he thinks the latter is not looking. The actors are typically captured in very tight frames. The effect is both claustrophobic and a kind of deep meditation. This is a film of few words and long, pregnant silences.

Martin creeps into his teacher’s bedroom, removes the covers from the sleeping man. As the camera stares long and hard at Juan Carlo’s groin sheathed in underwear, Martin reaches out and touches his teacher’s leg.

This is a 16-year-old who knows what he wants, though is uncertain about how to actually get it. After the sleepover incident, Martin takes to skipping swim class and waiting for his teacher. The drama is subtle and understated. Having made his intentions know to his teacher, it is Juan Pablo who will rue and dwell upon missed opportunities.