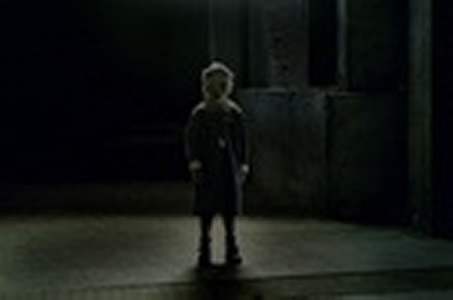 An interview with the filmmakers of The Orphanage

A rambling old house with a past, a vulnerable woman, a troubled child or two… These are the elements most frequently found in a subgenre of horror that tends to be more subtle and cerebral than run-of-the-mill slasher/serial killer film. All three plot devices are used to virtuoso effect in The Orphanage, an effective chiller directed by Juan Antonio Bayona with a screenplay by Sergio G. Sanchez.

The story is deceptively simple. Laura, a woman in her thirties, has returned with her husband and six-year-old son, Simon, to the orphanage where she spent part of her childhood. The couple plan to refurbish the abandoned building and reopen it as a home for children with disabilities. As any experienced horror aficionado expects, however, strange things start happening. Simon announces a new imaginary friend named Tomas, treasured objects begin to disappear and reappear in odd places, and an elderly, self-proclaimed social worker named Benigna seems a bit too interested in the house. The result is a fascinating, often frightening tale told with the minimum of violence or special effects.

On November 9th, I sat down with Sergio Sanchez and director Juan Antonio Bayona to talk about The Orphanage.

PFT: You’ve mentioned in other interviews influences like The Omen, and Poltergeist, the Innocents, The Others… Is there anything in literature, anything you’d read that influenced The Orphanage?

SS: In interviews they keep mentioning The Others. I can assure you, it’s never come out of my mouth, anything having to do with the others. The first draft of The Orphanage was written in 1998, before The Others came out. We were not thinking about that movie because we simply had not seen it.

The real influences for this film were works of written fiction. Basically, the idea came from Peter Pan — the image of the mother waiting by the window for her children to come back from Neverland. That was the spark for the film. Also “The Turn of the Screw” by Henry James. I like that there’s a double reading of the story. You can take it as a ghost story, a classic haunted house story, but you can also see it as the story of a woman who loses her mind. Those were the two main ones. There’s also Shirley Jackson. I love The Haunting of Hill House and We Have Always Lived in the Castle. And also I love her short stories like “The Lottery,” where horror happens in the most common of places in broad daylight. And I guess there’s a lot of Edgar Allen Poe in the story, with hidden rooms, things hidden in the walls and all that, the black cat meowing…

PFT: Was there any story that you heard outside of literature our outside of film, as an incident or a story someone might have told you that inspired it?

S: Before I men Juan Antonio I shot a short film called “7337” and it was basically the same thing as The Orphanage but slightly shorter. It dealt with an episode in the Spanish Civil War that my Mom had told me about. My grandmother was a teacher in the mountains in Esturia and at the time the civil war broke out she took all the children from this village out from the school so they would not have to witness the horror of what happened there. And she was hiding them all in the basement. One day she went down to the village and all the parents had been executed. That gave me the spark for that short film and in a way, I guess it was present in my consciousness when I was writing The Orphanage.

S: We had a very good working relationship, but those were the only points where we would get really tense (Laughter) I had all these cards on the wall in my room, and they’d run down parallel to each other – Okay, this is the ghost story, and this is what really happened. We have to be able to build a movie that can be sustained on these two levels. For then again, for him as a director, it was a lot more playful to delve into the supernatural, it would be a lot more fun to walk into a room where things are flying and up in the air like this ghost that does things. But then, handling a sequence like the séance scene was very complicated. You have to scare the audience with nothing tangible. Those were the moments in which we argued the most, like sometimes he would want to push it into the supernatural. He would shoot a scene in more ways than one so that he would have different elements to toy around with in the editing room. But in the end I think the balance is pretty much there.

JAB The séance sequence is an example of the way we worked. For us it would have been more easy to deal with the particular facts and more spectacular elements involved in that sequence, but we wanted to keep the ambiguity in the story and focus on the point of view and the idea of sound. It finally made our work more exciting and more intelligent.

Some of the people that read the script complained about the story having two endings. I thought that was necessary. If we had decided to cut out one of the endings, it would have been like telling the audience how to feel about the story, how to believe about what happened. So we decided to put another sequence where a sort of door is opening as an invitation to the audience.

PFT: One of the striking things about the story is that there is almost no mention of Laura’s life after she left the orphanage. The impression that left me, as a viewer, is that her life as an adopted child was not as happy as the life had been in the orphanage. Did you have a back-story, anything in mind for her life after the orphanage?

SS: When you work with actors, that’s something they are always going to ask you, so we set up all these bibles about what happened to every single character, but then Juan Antonio threw it all away, because he thought that it was important to not know what had happened in between those two times. Sometimes what you don’t say is just as important as what you say. So to deliberately ignore what had happened between the day that she left the orphanage and the day that she came back gave you the idea, “well, she must not have been very happy if that was her fondest memory.” We thought it would be a lot more mysterious and interesting to let the audience figure it out than to tell them, although it was written and it was there and we knew exactly what it was, the film is better if you just skip over that.

JAB: . Also the orphanage in the movie is probably the memory that Laura has from the house, not the real experience. When she looks back at the orphanage, she’s in a portrait of happiness. When she looks for that, she’s going back to her childhood. The first time I read the script I realized that the story was about dealing with the responsibilities of adult life. Laura doesn’t know how to cope with that kind of responsibility. So she’s going back to the past, she’s going back to where she was happy. We didn’t tell anything about her life outside the house in order to let the audience know there is nothing between that moment and the present.

PFT In this subgenre of horror, children are frequently the focal point. A theme of this film seems to be the completely innocent cruelty of children. Would you comment on that?

SS: You just put it right there. “The completely innocent cruelty of children.” Those two words are in the final sentence of Peter Pan. “This will happen again and again as long as children remain innocent and heartless.” That gave us the idea, right there. We tend to watch children as these wonderful innocent creatures, but as important as innocence is the heartless part, the cruelty. Growing up in a way is becoming aware of that cruelty and trying to throw it away and become a more considerate person.

JAB: Genre movies have a lot to say about “the gaze.” You think about Peeping Tom, Don’t Look Now, they are about how we gaze at a story. If you focus on children, you have judgment in your gaze. And also the way a child interprets reality is different from the way an adult looks at it. That’s reflected in the gaze. That’s why both concepts are exciting to me. How the gaze works in the genre, using children for those kind of stories.

PFT: In horror films or ghost stories there’s frequently a villain who has set everything in motion. Is Begnina a villain?

JAB: I thought about Benigna as the character Laura will become if it doesn’t end.

SS: When we started showing the script around all the studios gave us back some coverage and their thoughts and they went through a lot of script analysis. One of the major complaints about the film was that it did not have a villain. I thought that was one of the strong points of the film. If it had a villain, it would be like what we’ve seen a million times. I think that the villain in this film is fear, and it’s the fear that comes out of every single character. They have to face a reality that’s too big for them. Simon is afraid of the other children who are coming to the house because he fears that he will stop being the center of attention of his mother. Laura is afraid of not being a good mother. That fear is like a snowball. What starts as a minor fear becomes this monster that ends up devouring them.

SS: The most fun of the film is walking out afterwards and comparing your version to the version of the person who sat next to you. It’s really fun for us to stand in the hallway and listen to the comments of the people coming out of the theater. This movie is like a puzzle. We throw the pieces at you, and you put it together yourself. We want people to go out and have a beer after the movie, a cup of coffee or whatever, try to put the pieces together and realize that there’s more than one way to put those pieces together.

You don’t need a big guy with an axe chasing you around the house to be scared.