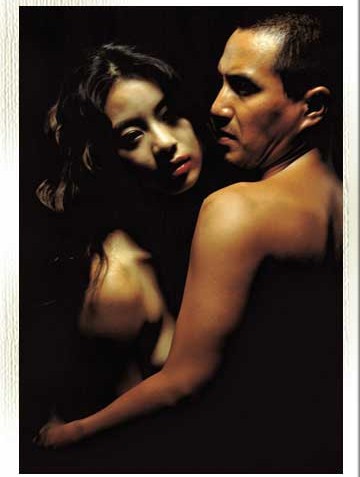 Ordinarily, when a guy follows a girl around obsessively in a movie, it&#146;s not a good sign. But when the movie in question happens to have been made by Kim Ki-Duk, it&#146;s an especially bad omen. The Korean director&#146;s 2001 film Bad Guy opens with a warm, sensual slow-motion shot of a guy taking note of an attractive young woman on a park bench. It is a mark of Kim&#146;s reputation for violent scenes that the moment when their eyes meet&#151;accompanied though it is by upbeat guitar and harmonica&#151;strikes fear in the heart of a knowing audience.

Sure enough, just seconds after they exchange innocent smiles, the man grabs the young woman and attempts to stick his tongue as far down her throat as possible. His attack lasts long enough to draw a crowd as well as warrant a band of guys in military dress to physically pry him off her and beat him to the ground. She spits on him, but his unhinged stare proves he won&#146;t be deterred; to borrow a line from Lolita, &#147;the poison was already in the wound.&#148;

And there are wounds aplenty. Bad Guy himself, otherwise known as Han Gi, suffers a number of seemingly fatal stabbings over the course of the film, but not before implicating his beloved in a pick-pocketing scam so he can take her captive in his red-light district prostitution ring.Trading emotional scars for his physical ones, Sun-Hwa insists on her first time being with her university-student boyfriend before succumbing to the locked room and two-way mirror of the brothel.

As the much-heralded 2003 change-of-pace film Spring, Summer, Fall, Winter… and Spring hinted, Kim is interested in redemption as well as punishment.One complaint about Bad Guy is that Sun-Hwa takes to her Stockholm Syndrome a little to easily:it isn&#146;t long before she&#146;s aware that Han Gi is watching her from behind the mirror and she begins performing for his delight when most young women would still be searching for a way out.Despite a few surface similarities, this is far from a gender-reversed Oldboy.

Marked by a mistrust of dialogue typical of Kim&#146;s antiheroes&#151;Han Gi has about three lines in the film, and he speaks with a shrieky incoherence thanks to the neck-spanning scar he carries&#151;Bad Guy shifts between the same poles of glassy tranquility and flashy outbursts of violence as Kim&#146;s 2000 film The Isle (with glass shards in place of fishhooks).With its themes of repression and voyeurism, the film makes the case for a peculiarly brutal type of couples counseling; nothing is able to bring out the luster of this relationship like enforced sex-work.For sheer length of time in which two people occupy the same space while separated by plate-glass, Bad Guy gives Paris, Texas a run for its money.

The plotting keeps getting away from Kim as the story progresses. (At one point, Han Gi, in prison for murder, has his death sentence commuted and is released when another inmate assaults him.)Still, one must give him credit for his commitment. Punches in his films land with a realistic thud and he continually comes up with intriguing, if disgusting, new ways of bloodletting.After all, any fight scene that consists of one combatant folding up a flyer into an origami rapier is worth checking out.