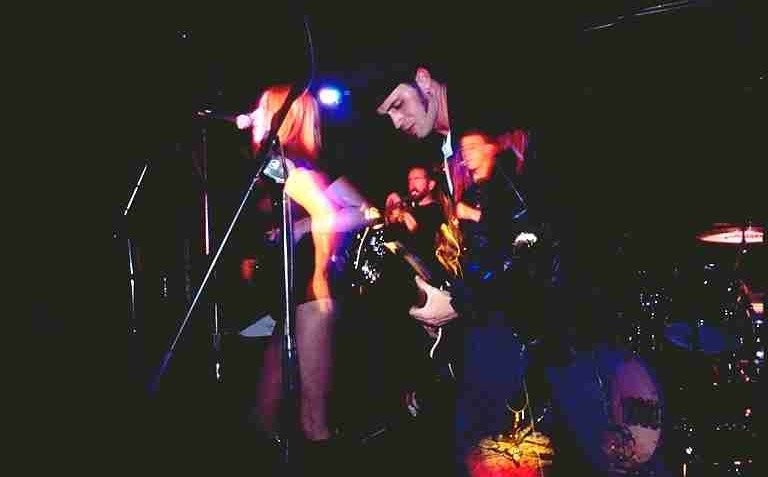 Gladyss Patches are doing one of two things with this album. They are either a) mixing a blend of on-the-pulse teenage angst rock with a smattering of out-there metal raps and guitars, or b) a band who are unsure of what they want and are having a go at current styles to see if they can pick up a fan base from anywhere out there.

After a couple of plays, it looks like the first option is appropriate, which is just as well because experience shows that trying to aim at all musical styles at once usually results in a band slipping between them and disappearing without further trace.

The strength of the album is its clean production which serves the tight musical sound, the savage but articulate raps, and the harmony vocal sounds, all of which are to the fore on "Masked," a song which encapsulates the Gladyss Patches sound as well as any.

The first single is "Vanishing" which may lead to a degree of confusion until listeners get used to it. It kicks, literally, with textbook white rock rap, which will need editing if they are planning airplay in the UK, and heavyweight guitar riffing. But what&#146;s this? Harmonies? No, hang on, we&#146;re back to the riffing and rapping again. It may mean that those two distinct audiences may fail to embrace the sound, which is better used on the collection of songs on the album.

The strongest cut on the album is "Two Sense" with its stuttering guitar, and layered harmony that will do much to deflect accusations that the band are simply cannibalising bits of other genres to make a musical pizza to sell to the confused.

This album stands up well in the current rap-metal climate. There is no reason why Gladyss Patches shouldn&#146;t follow bands like Linkin Park and garner some serious success. In common with a lot of Canadian bands, they will probably find success elsewhere first &#150; obvious markets in the US and the UK beckon. A good support tour in England would no doubt get their name noticed, and from there, a heavyweight support slot in the USA will ensure that the band have the exposure they need.

As an album it has enough diversity of sound to lift it above the muddy production and limited melodic appeal that drags down so much of rap-metal output. The difficulty will be if the fans of the genre see this collection as a little too clean and diverse for their tastes.

Gladyss Patches are to be applauded for their invention and the intelligence of their approach. It remains to be seen whether they can cut it in a market place where those qualities are in short supply, and possible even shorter demand.