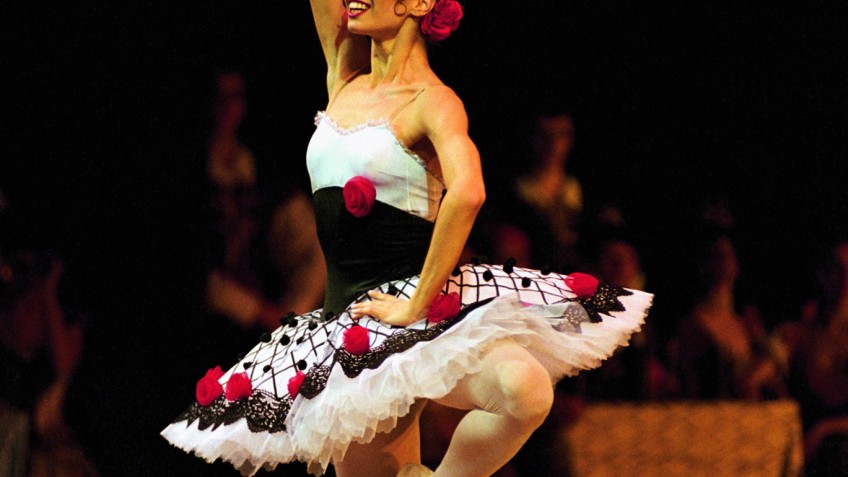 A documentary by Bertrand Normand

After the surprising success of the 2005 documentary Ballet Russes, Ballerina must be hoping for a similar outcome, and so it should, considering not only ballet’s devoted fan base, but even laypeople find themselves intrigued by the rarefied world of the ballerina. Filmmaker Bertrand Normand’s documentary about how prima ballerinas are made in Russia is not as revealing as one might hope—and is marred by Diane Baker’s cacophonous voice-over narration—but in its simplistic, by-the-book delivery, it does give an inkling of the blood and sweat hidden underneath the ethereal beauty of classical dance.

Unlike Ballets Russes, which was a sentimental homage to the surviving members of Sergei Diaghilev’s famous itinerant troupe whose heyday was in the 1920s, Ballerina focuses on the fresh-faced world of ballet today, specifically five ballerinas who dance for one of the greatest ballet companies in the world, the Kirov Ballet of St. Petersburg. Just naming the Kirov’s principal dancers featured in Ballerina—Diana Vishneva, Svetlana Zakharova, Ulyana Lopatkina—should be enough to lure ballet’s core fans. These ladies are probably among the most technically brilliant dancers the ballet world has ever known, and they the current darlings of both the media and audiences here in the U.S.

According to Ballerina, and common knowledge among aficionados, one of the reasons for the dominance of Russian dancers is the Vaganova Dance Academy, the famously rigorous ballet school that takes the supple bodies of young children at the age of ten and painstakingly molds them to master the demanding poses of classical dance. Those arabesques aren’t normal human positions, and no one is born with the kind of turnout these dancers have, no matter how much they walked like Charlie Chaplin as toddlers. Classical dance demands years of training, and the Vaganova is the MIT of ballet schools, with an admission policy no less stringent. Still, it was surprising to witness the Academy’s process of elimination when it selects new students. Ballerina is at its most intriguing in these segments on the Vaganova, with its revealing interviews and fascinating footage of little girls in their underwear having their necks measured and legs lifted by faculty, much like horses at auction. Small head, long neck, long limbs seem to be the desirable components of a thoroughbred ballerina.

Ballerina focuses on the Vaganova Academy in part because it is the training ground for most of the Kirov Ballet, whose home is in the nearby Marjinsky Theater. Four of the five dancers in Ballerina are graduates of the school, and all of Russia must compete with the school’s reputation. We see one of Vaganova’s star pupils, Alina Somova, perform her graduate solo, and then watch as the Kirov tests her potential to fill the shoes of a prima ballerina. Unlike the film’s other young filly being groomed for stardom, the short but vibrant Evgenia Obraztsova, the 17-year-old Alina seems tentative, unconfident, even though her body is perfectly formed, her technique strong. When the Kirov’s director scorns her fouettes in rehearsal, she looks so forlorn on stage that I wanted to put my arms around those skinny shoulders. But it appears from Ballerina that constant scrutiny is a ballerina’s cross to bear.

Of the three prima ballerinas interviewed, only Diana Vishneva talks wistfully of a life outside of dance, confiding of her fatigue and restlessness. But in rehearsals, all the dancers show the wear and tear of this physically demanding art form on their faces, underneath the determined stare of concentration.

In fact, above all else, Ballerina gives us a glimpse of the almost inhumane amount of dedication that ballet requires of these dancers day after day, year after year. Every little girl who dreams of being a ballerina should see this observant little film. So should every grown-up woman who ever dreamed of being a ballerina. It will certainly give you more reason to admire these ethereal beauties when you see them perform, but it might also dissuade you from any regret you might have about not being right up there with them.