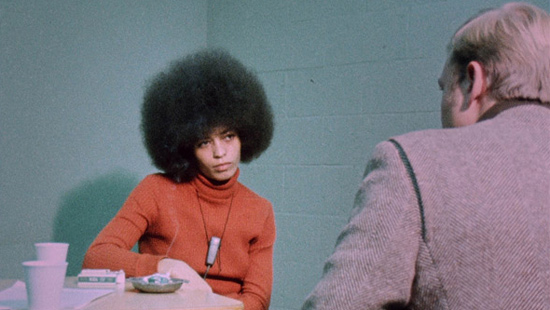 Recently rediscovered audio and video footage from a Swedish news agency of interviews with characters from the Black Power movement has been put together and released as a captivating documentary titled “The Black Power Mixtape 1967-1975.” The Swedish journalists who launched the project during that period were intrigued by the movement and were determined to discover “Black America” from a non-biased, non-white American perspective. Committed to the project for nearly a decade, they garnered the trust of their subjects and were given incredible access to the leaders of the movement. Revolutionaries such as Stokely Carmichael, Bobby Seale, Angela Davis and Eldridge Cleaver gave candid and multiple interviews about their cause and their motives, as well as their personal reflections.

Although nothing much became of the footage once the journalists returned to Sweden, thirty years later, the collection of the 16mm film, along with B-Roll of Black Panther activities and urban unrest were discovered in the basement of a Swedish television station. Director Göran Olsson combined the found images and interviews with thought provoking commentary by contemporary African-American thinkers and entertainers. Contributors such as Harry Belafonte and Erykah Badu lending their voices to the project, along with a redolent soundtrack provided by Questlove of the Roots and Om’Mas, add a freshness to a known topic.

To be sure, there may be many who have seen similar images over the years in other film and television projects, but the fact that this came from a non-American perspective and these Swedish journalist covered such a large period of time, makes this documentary undeniable unique, impressive and interesting and worth re-living. For those who did not live during that time or have not been exposed to much of this movement—what led to its formation, who was it made up of and what became of it—this is an excellent way to access the information.

Some of the most evocative scenes include the prison interviews with political activist, scholar and educator Angela Davis. Because of her then membership in the Communist Party, she was arrested and tried for suspected involvement in the Soledad brothers’ 1970 abduction and murder of Judge Harold Haley in Marin County, California. She was later acquitted of all charges. Her candor, during the prison interviews is riveting. So too are the series of interviews with Stockley Carmichael. He was an activist in the Civil Rights Movement and later a leader of the Student Nonviolent Coordinating Committee and the Black Panther Party. The journalist managed to get several personal interviews with Carmichael, including in his home with his mother.

Maybe just as thought provoking, if not more so, are the B-roll images of black America and the understandable urban unrest of the time, as well as some of white America’s obliviousness. It’s absolutely heart-wrenching to watch the spontaneous interview obtained of a black teen girl who recounts her entrée into prostitution and her disdain for her impoverished state that keeps her in it.

This is an era and a movement worth remembering, and “Black Power Mixtape” is a worthy vehicle through which to take such a cinematic journey.

Produced by actor Danny Glover, the documentary is playing now in New York at the IFC Center and Lincoln Plaza Cinemas. Later this month, the film will be released nationwide.