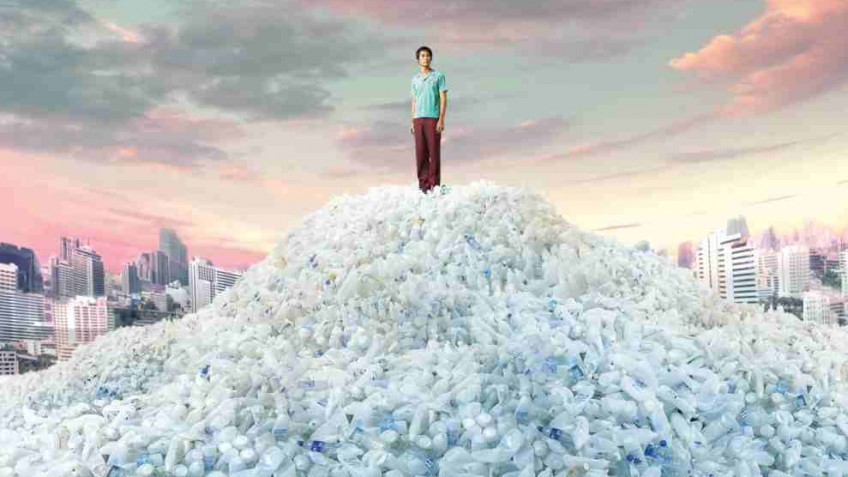 Director and writer Wisit Sasanatieng has accrued a cult following for his "infamous" Thai musical western Tears of the Black Tiger. Noted as a tribute to the golden age of Thai cinema, it was his directorial debut and won him recognition at the Cannes Film Festival in 2000. Sasanatieng&#146;s second feature, Citizen Dog, has been adapted from the novel of the same name, written by his wife and published under her pen name Koynuch. Citizen Dog is striking for its "look"&#151;the luridly saturated colors, the Ken Russell-like excesses of visual metaphor&#151;and clever editing, its oft-noted (but misleading) Amelie-sweetness, and its picaresque surrealism. The infectious Thai pop music soundtrack (lyrics both advance plot and underscore the tongue-in-cheek, gooey-sweet message) and the fantastic-modern Bangkok conjured here create an eerily deja-vu Technicolor dream world, a cross between Mikhail Bulgakov&#146;s novel The Master and Margarita and 1950s sock-hop "Lollypop" songs.

Pod (Mahhasmut Bunyaraksh) is a shy country hick. When he decides to strike out into the world and move to Bangkok, his grandmother cackles at him, predicting that, "If you get a job in Bangkok, you&#146;ll wake up with a tail wagging out your ass." (Later she will check up on him when, in a later reincarnation, she returns as a gecko living in the rafters of his hut on the outskirts of town.) Pod&#146;s first job finds him working in a canning plant hacking the heads off sardines. One day Pod loses his finger in an industrial accident (shades of Charlie Chaplin&#146;s Modern Times), but in a madcap music video, finds it again, only to discover it belongs to a work mate, who happens to have found Pod&#146;s finger. Setting the mixed up fingers aright, Pod and Yod (Sawatwong Palakawong Na Autthaya) become fast finger buddies. Pod is soon pining for the willowy neat-freak Jin (Saengthong Gate-Uthong), a maid who has no time for the likes of Pod, as she is obsessed by the romantic adventures of her pulp magazine heroine Plub Pueng. Yod, in turn, succumbs to the charms (he imagines) of Muay, who styles herself the daughter of a Chinese emperor.

Along the way, Pod encounters variously colorful characters (literally and figuratively). Kong, the beefy motorbike driver who frequently comes to Pod&#146;s rescue continues to show up dead, after being killed by a severe rainstorm full of falling red helmets. (Kong loves driving so much, he couldn&#146;t stay away.) Pod gives up the canning job to become a taxi driver, when he learns Jin is allergic to riding the busses. (Pod seeks a path to happiness by imitating Yod&#146;s, which involves riding tightly packed buses with girlfriend Muay.) As a taxi driver, Pod has numerous hair-raisingly humorous encounters with the bizarre inhabitants of Bangkok. Notable among them is witnessing the relationship between Baby Man (Pattareeya Sanittwate), a chain-smoking, filthy-mouthed 22-year-old vamp in an eight-year-old&#146;s body, and her tortured companion Thongchai, a similarly inclined stuffed teddy bear.

Jin&#146;s obsessive search to follow her dreams (Pod is marked early on as "a man without a dream") frames the tale of education director Sasanatieng spins out here. Jin has mistaken pulp fiction romance for some version of real life, becoming distraught when the fictional heroine goes missing. However, Jin cavalierly tosses this woe aside after she has been smitten by a nameless Westerner, whom she calls Peter and who, based on her fantasized projection that Peter is an environmental activist, gives her life a sense of mission. As Jin collects plastic bottles, creating a literal plastic mountain in Bangkok, she obsessively continues to "study" a book written in a language she cannot understand. All the staring at incomprehensible words (the book is written in Italian) offers her not one smidgen of insight, yet she moves heaven and earth in blind faith for what she believes it says. Each character comes to inevitable disillusionment &#151; how can you live life without a dream, yet how can a dream ever escape the vicissitudes, banal and mystical, of reality? With the recurrent motif of a female dog with her pups, the film slyly circles around some clever questions. The good-natured exuberance of Citizen Dog makes it a unique and extraordinary experience. In Sasanatieng&#146;s Bangkok, the tail often wags the dog.