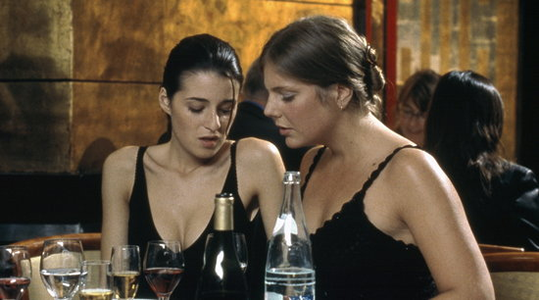 Directed and written by Jean-Claude Brisseau

Now Brisseau has made a film out of the ordeal. One wonders if the title, a plural derivative from Luis Bunuel’s The Exterminating Angel, stands for how the scenario made Brisseau feel – like he was trapped in a room full of savage bourgeoisie. A more likely interpretation is that the angels of the title are simply the women in Brisseau’s movie. Two of them (Raphaële Godin and Margaret Zenou) play actual fallen angels who seem to manipulate the material world against filmmaker François (Frédéric van den Driessche), Brisseau’s stand-in.