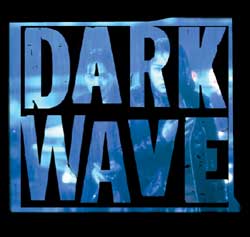 Film genres come and go, sometimes falling out of favor with fickle viewers and mainstream audiences quicker than the naked eye can pick up. Less easily adaptable forms of movie entertainment such as the western or the old-fashioned musical tend to fall by the wayside if they don’t court modern relevance. Even when periodic attempts at resurrecting these old war-horses have scored minor hits, the late categories are often relegated to the status of fond remembrance, mere relics of their respective heydays.

Horror films, however, have always persevered for two reasons: Like the cockroach, it’s a genre able to adapt and evolve to current climates with an almost frightening speed; and, perhaps more importantly, viewers never tire of getting the crap scared out of them. Even when it drops off the radar of pop culture proper, the underground fans have kept it pulsing and thriving beneath the surface, playing out their own fears and dread far from the maddening multiplex crowd.

For the last two years running (or slithering or oozing, if you prefer), the San Francisco Film Society has devoted a pre-Halloween October weekend to lifting the rock off that aforementioned underground and letting it crawl out into the light for all in the Bay Area to see. Now, the third annual Dark Wave film festival descends down upon us for four nights at the Roxie theatre, slouching towards Bethlehem with eight brand new tales devoted to things that go bump in your psyche.

The brainchild of former SFIFF programmer extraordinaire Doug Jones, Dark Wave is one film festival that’s focused solely on sending shivers up a multitude of spines. This year’s line-up draws from a variety of international pockets of terror, boasting off-kilter and nightmare-inducing entries from France (Deep in the Woods, a psychosexual Gallic take on the Little Red Riding Hood bedtime story via Pirandello); Spain (The Nameless, a supernatural story involving a distraught mother, mysterious phone calls from her deceased daughter and enough Fincheresque stylistics to satisfy a legion of Se7en devotees); Britain (Dead Creatures, a cult hit in the U.K. about a group of females afflicted with a malady that requires them to eat flesh or perish); and even one from home courtesy of the American independentscene (the Native-American-curse-meets-family-in-trouble minimalist epic Wendigo).

It’s the four Asian creepshows that are featured in this year’s go-round, however, that are not to be missed under any circumstances. Korea weighs in with it’s own homage to teen-scream stalwart Kevin Williamson in the form of Kawee (Nightmare) (2000), centering around a group of college students who witnessed a tragic event that left them minus one friend. Only, see, said deceased friend really never left…and after the group begins experiencing some rather otherworldly visits from her restless ghost, the promise of further supernatural mayhem doesn’t seem that far behind. On a superficial level, Kawee resembles your typical WB series episode, with teens fretting over social status, romantic overtures, and the like. But director Byung-Ki Ahn keeps the dread simmering slowly throughout, making the eventual boiling-over of ghosts, gore and teeth-gnashing all the more effective. Teen angst has rarely seemed so supernaturally suspenseful.

Japan supplies the other three fright flicks from the Far East, all with a different feel and flare…literally, for the latter, in the case of Pyrokinesis (2001). A mixture of hyperkinetic fantasy, horror/sci-fi hybrids and CGI fireball spectacle, the movie revolves around Junko, a girl who discovers in a moment of crisis early on that she can ignite fires at will. Fast forward a decade or so, and the streets of Tokyo are under siege from a gang of camcorder-toting rapists. The gang runs afoul of the female firestarter and soon enough…hey, is that medium rare delinquent I smell? It’sfar from perfect, but Pyrokinesis‘s imported thrill ride brio makes it a good substitute for the jittery blockbuster buzz audiences were promised but never found last summer.

Or do you require something a bit more subtle to get that gooseflesh a-bumpin’? Uzumaki (Spiral) (2000) looks and feels more like a lost X-Files episode than a Tinseltown diversion, utilizing eerie chapter groupings and barely glimpsed clues to the movie’s central mystery for maximum paranoid creepiness. A small Japanese town begins to show signs of paranormal phenomena as its population begins slowly going insane or disappearing. A young woman notices a sudden preoccupation with spiral patterns, cloud formations and water amongst the town’s denizens, unable to connect it all together until she discovers that…ah, but that would be telling! And Uzumaki‘s pay-off is so bizarrely chilling that it would be unfair to give away the secret. Suffice it to say, you’ll never look at ordinary table salt again.

The undisputed gem of this year’s festival, however, comes from one of the jewels in Japan’s cinematic New Wave crown: Kiyoshi Kurosawa, the filmmaker that brought you such unsettling primal whispers as Cure, Charisma and the soon-to-be-released Pulse gets ghostly with Korei (Seance) (2000), a highlight in any context. A re-working of the ’60s British thriller Seance on a Wet Afternoon, this story of a sound engineer, his clairvoyant wife and a missing girl barely breaks a sweat in its pacing yet will still leave you clammy with fear. Few filmmakers use silence, slowness and space to such disturbing effect as well as Kurosawa, and his less-is-more technique creates an uncoiling sense of terror ten times more unsettling than your average specter story. Miss this at your own peril.

The unveiling of yet another solid line-up of horror films running the gamut from gore-fests to understated ghastliness is not only a potent reminder how rich the annual event is to lovers of scary and suspenseful movies. It’s also proof that the genre is, pardon the pun, still alive and well even as the form enters it’s second century. Dark Wave‘s devotion to screening the latest ways to loosen blood-curdling screams and bowels from around the world showcase how, changing along with the times, the horror film keeps mutating and rising from the grave to find new ways of keeping audiences awake at night or biting their collective nails. Scream all you want…the genre just keeps coming back for more. (6451)
$12.49 (as of January 23, 2021 - More infoProduct prices and availability are accurate as of the date/time indicated and are subject to change. Any price and availability information displayed on [relevant Amazon Site(s), as applicable] at the time of purchase will apply to the purchase of this product.)

(15751)
$3.14 (as of January 23, 2021 - More infoProduct prices and availability are accurate as of the date/time indicated and are subject to change. Any price and availability information displayed on [relevant Amazon Site(s), as applicable] at the time of purchase will apply to the purchase of this product.)
related posts