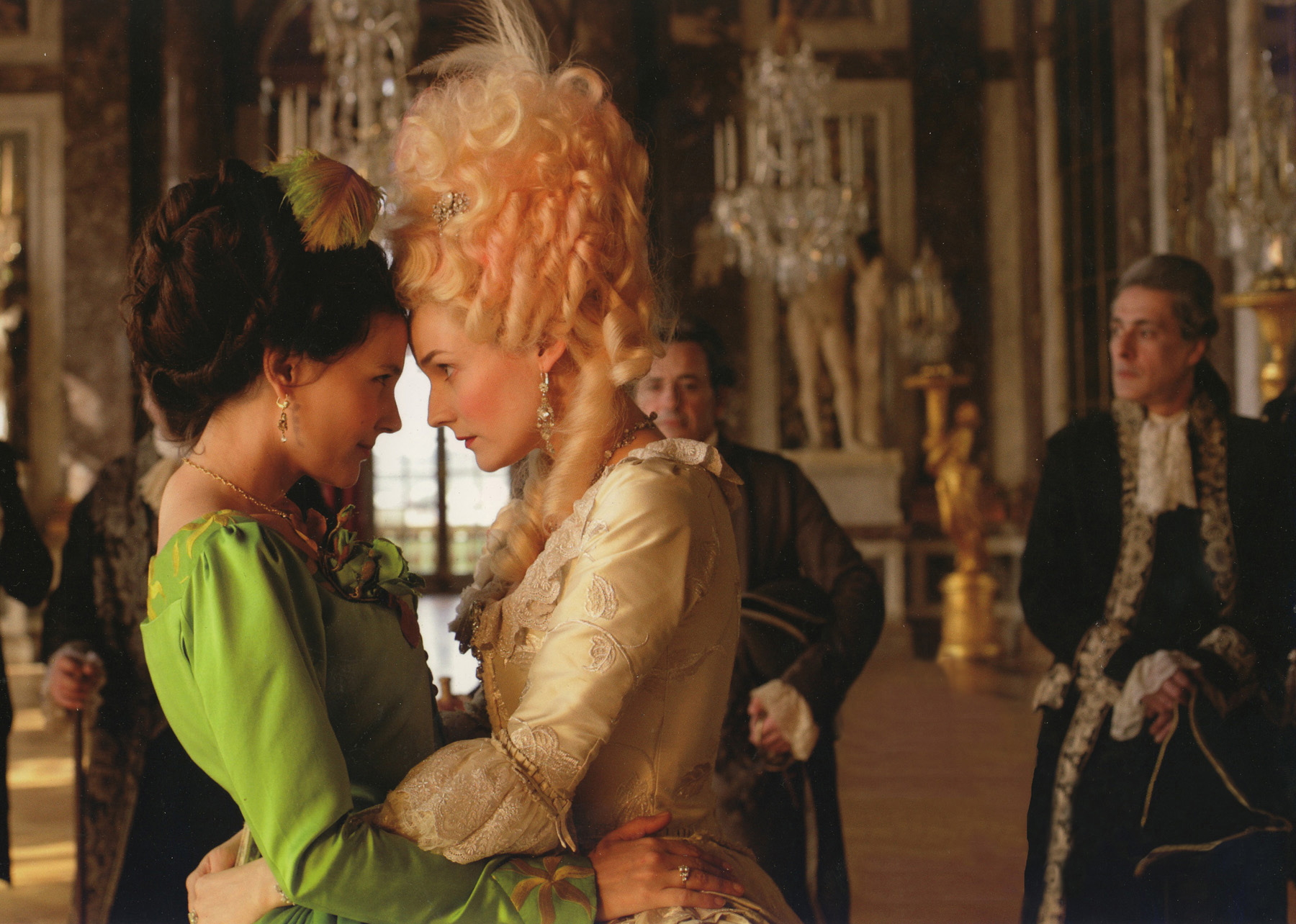 The enthralling “Farewell My Queen” takes place during the final few days before the 1789 French Revolution caught up with Marie Antoinette and her servants, courtiers and lovers. The film is set within the royal gates of Versailles, in both the famed Palace of Versailles and Marie Antoinette’s smaller chateau, Le Petit Trianon. Paris is only 20 miles from Versailles, but it’s a world away.

Famed director Benoît Jacquot (“A Single Girl,” “Seventh Heaven,” “Sade”) departs dramatically from other versions of Marie Antoinette’s story. Many of her biopics have been epic dramas with broad sweeps and swordfights. But Jacquot makes the last days of Marie Antoinette and Louis XVI come alive with intimacy and nuance. The fine acting, wonderful sets, magnificent costumes, dynamic camerawork and the skilled screenplay, based on Chantal Thomas’s best-selling novel, distinguish “Farewell My Queen” from past biopics.

The film concentrates on three women. Marie Antoinette, (wonderfully played by Diane Kruger, “Inglourious Basterds”) who never utters a political thought, and the queen’s female lover, the Duchess Gabrielle de Polignac (a vibrant Virginie Ledoyen) comprise the royal set. The third leg of the triangle is Sidonie Laborde (the sensuous Léa Seydoux, “Midnight in Paris”), the queen’s naive but intelligent young reader whose devotion to her queen is boundless. Sidonie is infatuated with the queen, but stands mutely in the background as she observes her mistress’s intimacies with the Duchess Gabrielle. As the tension and fear grows and changes, so does the relationship among the three.

The close-ups of the women, their whispers and kisses engross us. We know the fate of Marie Antoinette; as she falls apart and misses her chance to escape, she becomes nearly sympathetic. The fate of Gabrielle and Sidonie become intertwined as they plan an escape devised by the queen, in which, if necessary, Sidonie is to be sacrificed.

Another focus of the film is Versailles itself. Jacquot was granted permission to film at the palace and the Petit Trianon every Monday and every night. We see the contrast between the servants and courtiers’ decrepit narrow back halls and the glittering Halls of Mirrors.

In a recent interview, Jacquot said:
“In his ‘memoirs,’ Saint Simon [French social philosopher, 1760-1825] brilliantly described the stench of the latrines at Versailles. A stench that came from behind the most beautiful wood paneling, gilding and chandeliers in the world. Something revolting, rotting and putrid. As if the state of the building at Versailles was a metaphor for the collapse of the regime.”

As emphasis, Jacquot places a few dead rats in the film, signaling not only physical decay, but moral decay as well.

The cinematography, which uses abrupt pan shots and long shots of Sidonie and Marie Antoinette scurrying through the palaces, very effectively enhances the immediacy and tension of the film.

Although Jacquot made “Farewell My Queen” in a documentary style, it does not follow actual events. For example, in June 1789, only one month before the action of the film begins, Marie Antoinette’s oldest son and heir, the dauphin, died of a crippling hereditary disease and tuberculosis. It seems unlikely that Marie could be so playful and carefree in July 1789. Although the Duchess Gabrielle de Polignac and Madame Campan (Noémie Lvovsky), the Queen’s first lady-in-waiting, are historical figures, Sidonie is not. Rather, she is a fictionalized character from whose perspective we watch Marie Antoinette’s world unwind.

I recommend wholeheartedly “Farewell My Queen.” It’s a moody, elegant and perceptive film that presents a three-dimensional king and queen caught in a tornado of their own creation.