Our critic reports from South-by-Southwest 2016 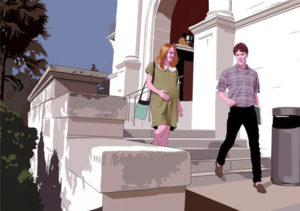 Winner of both the SXSW 2016 Jury and Audience Awards for Best Documentary, director Keith Maitland’s animated/non-fiction hybrid depicting the 1966 mass shooting at the University of Texas is roughly an hour of the most gripping drama I’ve seen in years, followed by about 30 minutes of pretty good gun control advocacy. Combining rotoscoped reenactments of the tragedy with actual news footage and survivor recollections, Maitland creates an astonishing sense of immediacy as we experience the chaos and terror of the attack from the perspectives of students, policemen, reporters, and other innocent bystanders pinned down by a sniper in a clock tower overlooking the U.T. campus and a neighboring Austin business district known as the Drag. Unlikely heroes emerge during the standoff (while one woman comes to the compellingly human realization that she’s a coward) – yet even the bravest of the survivors come away from the incident with feelings of guilt for not doing more or responding quickly enough. That sense of unfinished business informs the final third of the film, which tackles the rise of mass shootings in the U.S. and the efforts of some of the interviewees to mitigate America’s culture of violence and lax gun laws — including the statute allowing concealed weapons on Texas college campuses, set to go into effect, with chilling irony, on the 50th anniversary of the day Charles Whitman climbed the Tower and randomly shot 43 people for no reason. 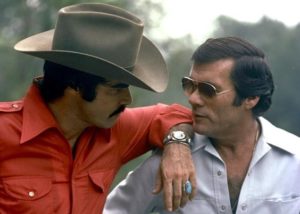 For anyone who lived through the ‘70s, “The Bandit” is first and foremost a bingo card of polyester memories. C.B. slang? Bell-bottoms? Paul Williams? Check, check, and check. And nobody embodied that era with greater swagger (or a hairier pelt) than Burt Reynolds, whose good ol’ boy charisma transformed him from an F.S.U. halfback sidelined by injuries into one of the biggest movie stars in the U.S. of A. But director Jesse Moss doesn’t just give Reynolds the standard biopic treatment (though he touches on everything from the actor’s early days as “the next Brando” and his infamous “Cosmopolitan” centerfold to his golden years teaching acting classes at an eponymous “Institute for Film and Theatre” in West Palm Beach). Instead, Moss focuses his documentary on the bromance between the celebrity who fancied himself a stuntman and his heterosexual soul mate Hal Needham, a stuntman who actively craved the celebrity status generally denied to members of his profession. Born a dirt poor sharecropper, Needham pulled himself up by his bootstraps (and threw himself off of a lot of tall buildings) to become Reynolds’s stunt double and eventual roommate, best friend, and director on a series of lowbrow action comedies including “Hooper”, “The Cannonball Run”, and “Smokey and the Bandit”. Moss primarily chronicles the unlikely production and success of the latter, resulting in a film as fast-paced and fun as a high speed car chase in a Firebird Trans Am. 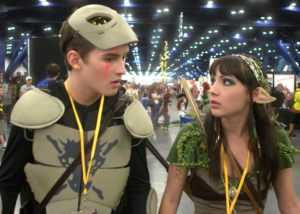 The title of writer/director Clay Liford’s remarkably universal yet distinctly 21st century teen comedy refers to “fan fiction” fantasies of romantic and often graphically sexual relationships between pop culture characters, from Kirk and Spock getting busy in the transporter room to softcore “Twilight” bondage porn (a.k.a. the original incarnation of E. L. Gray’s “Fifty Shades” juggernaut). And because the subgenre thrives in a Venn diagram space where geek culture, social media, and gender/orientation explorations collide, it’s both catnip and forbidden fruit for a lonely, bi-curious misfit like Slash’s teen protagonist. Neil (Michael Johnston) scribbles his tales of sci-fi erotica in secret for reasons he can barely express until he crosses paths with an ambitious Goth delinquent and fellow slasher named Julia (Hannah Marks) who coaxes him out of his shell in one of the most authentic, original depictions of adolescent angst in ages. 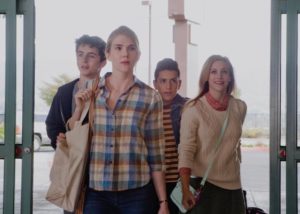 Full disclosure: I’m the son of two public school teachers, one of whom started the drama program in my home town high school. Thus, I may be more than a little biased when I say writer/director Julia Hart’s narrative feature about a flawed yet dedicated public school teacher chaperoning a high school theater competition is a flat-out charmer (as well as a worthy addition to the canon of classic “inspirational educator” films). But don’t just take my word for it: the SXSW jury agreed, awarding Lily Rabe a Best Actress prize for her role as the tetchy, tenacious heart of this paean to arts and education and the underpaid, overworked people who keep them afloat. Miss Stevens, who seems barely older than her students, is still young enough to empathize with them (unlike some of her more cynical colleagues) while providing enough adult wisdom to help them navigate their crushes, crises, and self-centered immaturity – even as she white knuckles her way through her own personal struggles with no similar shoulders to lean on. 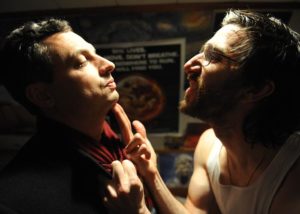 Director/writer/star Kris Avedisian’s “Donald Cried” is a great example of a particular SXSW specialty: the genre-ambiguous two-hander where the less you know going in, the better. That’s not to say the film relies on some M. Night Shyamalan-ian final twist to flip the script on all that’s come before, but rather that the story is so idiosyncratic it’s hard to guess where it’s leading until very near the end. Thus, I’ll only say the set-up involves an uptight young New York banker (Jesse Wakeman) losing his wallet during a rare visit to the working class Rhode Island town where he grew up across the street from a live-wire, developmentally challenged metalhead named Donald. As the title character, Avedisian powers the narrative with alternately hilarious and harrowing gonzo emotional intensity, nicely grounded by Wakeman’s quieter, more relatable performance (and bonus points for arguably the best ever use of “Dance Hall Days” on a feature film soundtrack).