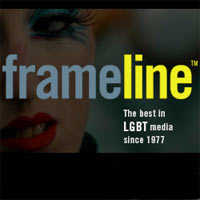 A Love Letter to Frameline 35

As the world’s largest LGBT/queer film festival—the Cannes of queer film fests—celebrates 35 years, Frameline’s film offerings this year are richer than ever. Not only are the films equal parts gay and lesbian, but also explicitly bisexual, and with a healthy dose of trans. There are even films that painstakingly present themselves as “queer not gay.” Many of these films are of eminent international stature, holding their own against their non-queer counterparts.

In this year’s line up there is a Berlin Film Festival winner (the Hitchcockian suspense tale “Ausente” from Argentina), a focus on recent transgender films (opening night features “Gun Hill Road”), a charming bisexual study of contemporary urban manners called “Three” by German auteur director Tim Tykwer, several outstanding lesbian documentaries, films on and by queer youth, and all of it wrapped up with the absolutely stunning BBC filming of “Christopher and His Kind,” based on the Isherwood memoir, the real-life back story of “Cabaret.” Over ten days over 200 films, including features by new and noteworthy directors, shorts, documentaries, and experimental films, will screen amongst the parties, the panels, and the meet-and-greets. San Francisco as Gay Mecca will be on full frontal display.

Why does this take my breath away? Let’s go back 35 years, to 1977, to when Frameline was brand new—a gay ghetto effort—housed in a store front on Page Street, in the old Polk Gulch gay neighborhood, and held its first screening of “gay” Super-8 films in the (now demolished) gay community center, also in the old neighborhood.

Back in the 1970s, homosexual characters were only just beginning to make overt appearances in European and American films. However, homosexual men and lesbians were invariably portrayed as deeply neurotic and self-loathing, and usually committed suicide by the end of the film. No one knew Rock Hudson was gay. And “The Rocky Horror Picture Show” was a new release, juts beginning to garner an underground following. Camp was still the private language of gay insiders. “honest” portrayals of homosexuals in film added up to “Midnight Cowboy,” and the original French film “La Cage aux Folles” would not appear until 1978.

By 1977, two great, openly gay European auteur directors had made honest, if problematic, films. Pasolini was now two years dead, having been murdered by a 17-year-old street hustler in 1975. Fassinder’s matter-of-factly gay “Faustrest der Freiehit” (“Fox and His Friends”) was also filmed in 1975. Fassbinder would also burn the candle at both ends and die in 1982. And, great as it was as a musical, “Carabet” (1972) was Hollywood’s sole non-judgmentally gay- and bi-friendly offering. Remember, the American Psychiatric Association had only just declassified homosexuality as a mental disorder in 1973. This was the heyday of Anita Bryant’s homophobic campaign in Dade County, Florida. We were celebrating in the face of enormous social prejudice and resistance.

As one of the original Gay Liberation Front activists, Class of ’72, I truly never thought I’d live to see the day that queer film would achieve international stature and be embraced as fully equal to the best of the best. We have all come a long, long way, haven’t we,baby?