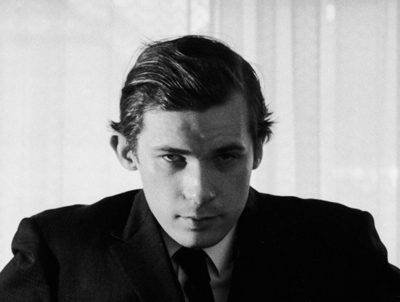 Genius Within: The Inner Life of Glenn Gould

Artists are among the most difficult subjects for filmmakers, whether in documentary or fiction films. Who can forget Jane Fonda’s Lillian Hellman in Julia throwing her typewriter out the window in frustration? (Something that every writer has been tempted to imitate but none that I’ve ever known has done.) If that’s art, who needs it?

The challenge is all the greater when its subject is eccentric, neurotic, or both. The temptation is to focus on the tics and quirks rather than the artistry.

Which makes it all the more remarkable that Genius Within: The Inner Life of Glenn Gould really does succeed in conveying the great pianist’s spirit.

Glenn Gould, born in Toronto in 1932, was notorious for his idiosyncrasies: the gloves and long coat he wore, even in the summer; the way he hummed along with his music; the low chair (made for him by his father when Gould was a boy) that he always sat on while playing; his hypochondria. He loved his solitude and hated audiences, which he referred to as a “force of evil.”

Yet Gould was immensely popular. During his concert tour of the Soviet Union in 1957-the first by an American artist during the Cold War-1,100 standees, in addition to the seated audience, crowded into the auditorium to hear him. His concerts, recordings, and TV appearances (he made his TV debut with Leonard Bernstein in 1960) were smash hits.

Gould, an only child, knew how to read music by the time he was 3 or 4, became serious about the piano by 10, and gave his first recital at 14. At 22, he made his concert debut. In 1964, at 31, he played his last concert, devoting the rest of his life to producing radio shows and recordings, working with recording technology, and expressing his playful side (he produced a show about the pop singer Petula Clark, whom, along with Barbra Streisand, he idolized).

Glenn Gould suffered a stroke the day after his 50th birthday and died a few days later. All this biographical data is included in Genius Within via a remarkable number of film clips, including ones of Gould as a piano-playing toddler, a gangly child prodigy, all the way up almost to his death. We see him chatting with a cab driver; walking along a river, “conducting” as he goes; schmoozing with Leonard Bernstein; larking around in a short comic film. We see close-ups of his hands and his (very handsome) face. We listen to the interviews. Gould must have been one of the most documented pianists of all time.

There are also interviews with friends and associates, including Cornelia Foss, with whom Gould had a four-year-long affair while she was separated from her husband, composer Lukas Foss. Her two now-grown children also appear.

Behind it all is Glenn Gould’s magical piano playing-his precise, mathematical Bach, his unconventional interpretations of Beethoven and Schubert, and much more (Gould disdained Liszt, Schumann, Chopin, and other beloved Romantic composers).

I don’t know what makes “Genius Within” so affecting-the skillful editing of the period footage with the contemporary interviews? The music itself? Whatever it is, it made me feel more than almost any other film about an artist that I was truly initiated into the Glenn Gould’s “inner life.”

I also felt like going right out and buying all his recordings.