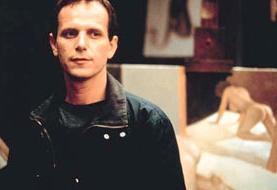 There’s a real danger making a film about an obsession. Other people’s obsessions – their profound preoccupation with a particular desire or idea or topic – are narrowly focused on the subject which is obviously of great interest to them, but will it sustain for two hours the interest of a film audience not so obsessed? Of course, if the obsession is sexual, more interest will be generated than if it were about the conjugation of verbs in Middle English, say, or collecting rubber bands.

Rarely have actors dressed and undressed with the frequency the leads do in Cedric Kahn’s film, L’Ennui, which is based on a novel (La Noia, published in English asThe Empty Canvas) by Alberto Moravia. Martin (Charles Berling), a professor of philosophy, is separated from his wife, tired of his job, taken to cruising the streets in his car at night, checking out the hookers. Through a rather contrived series of events he meets Cecilia (Sophie Guillemin), a voluptuous seventeen year old whose affair with Meyers, a painter old enough to be her grandfather, has just been brought to an abrupt end – Meyers’ overworked heart gave out while they were in the sack (or was it on the stairs?).

Martin can see from the paintings covering the walls of the studio that the painter was obsessed with Cecilia. He himself is intrigued with the girl, with her sexuality, with her availability to an older man. (He has earlier announced that he has given up love, that he needs sublimation. He seems successful at the former, but sublimation is not on the agenda here.)

Martin quickly starts an affair with the willing Cecilia whom he treats without affection, like a curiosity to be explored, asking her endless questions that reveal her to have an undemanding simplicity. Though inarticulate, Cecilia turns out to be well in touch with what she likes and what she doesn’t; while she is more than willing to accept some of Martin’s quirky and manipulative behaviors towards her, she knows her own mind and is stolidly unflappable.

Martin’s obsession grows, he becomes jealous, and his frustration at his inability to ruffle Cecilia’s calm seems to feed his emotional hunger – which he then expresses sexually. It’s almost as if Martin turned sublimation on its ear: he acts out everything sexually, but his needs remain unfulfilled. He and Cecilia repeatedly negotiate the frequency of their meetings – it turns out she has taken a second lover. Frustrated at his failure to possess the object of his obsession, Martin’s behavior becomes ever more erratic as Kahn explores the deployment of power in the relationship. "I bring her to life by tormenting her," Martin says.

Kahn overuses a handheld camera in an attempt to generate some visual energy (the sequences behind the main titles are jumpy enough to precipitate vertigo in a tree stump), but his filmic eye is rather ordinary and unoriginal.

There is a richness of incident in L’Ennui that explores in depth the dynamics of Martin’s obsession for Cecilia. The performances of both the leads capture the often painful dysfunction of their relationship; their destinies seem like two trajectories that have glanced off of one another – albeit intensely – before continuing on in unrelated, unconnected paths.

While emotion runs high, the movie runs out of dramatic steam too quickly. There is no real conflict, unless it is that of Martin with himself, which, by its nature, might be of more clinical than general interest. (Therapists get paid to deal with this stuff.) All too early, it is hard to relate and harder to care.