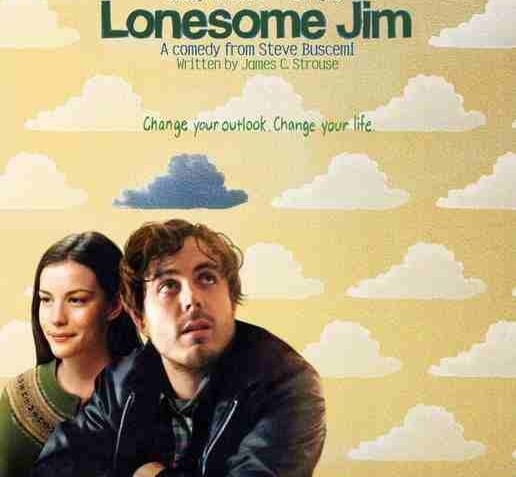 Steve Buscemi is an established character actor whose television and film appearances, sometimes uncredited, range from lightweights such as Spy Kids 2 to more characteristically offbeat films like Ghost World and Fargo. Buscemi&#146;s first lead role was as Nick in Parting Glances. He is likely best known to fans of The Sopranos, as Tony Blundetto. With several directing projects under his belt, it is an interesting choice for this Brooklyn-ite to make a film seemingly about small-town Midwest America. Set in Indiana during an endlessly windswept, gray, wispy snowflake winter, Lonesome Jim could be set in any rustbelt town from Lewiston, Maine to Fargo, North Dakota.

The eastern edge of the Midwest prairie is flat, very flat. Winters may be long and unrelenting, but protagonist Jim&#146;s parents fend off their private despair by hanging on to the trappings of Christmas long after the probably-not-very-happy day has come and gone. When Jim (Casey Affleck) turns up on the family&#146;s front door, having failed at becoming a writer in New York City, he is greeted by a sad-festive red stop sign planted in the front lawn which proclaims "Santa stops here." Some of the bad news is Jim&#146;s parents are among the financially successful local citizens.

Jim&#146;s mom Sally (Mary Kay Place) is the eternally Pollyanna-ish good Christian housewife, taking life&#146;s blows with an equanimity bordering on psychotic denial. Brother Tim (Kevin Corrigan) has already moved back in with mom and dad, bringing his two daughters with him. Jim and Tim could be mistaken for depressive twins, except, as Jim says to Tim early in the film, "I&#146;m a fuck-up. But you&#146;re a goddam tragedy." Tim has been coaching his girls&#146; after-school basketball team, which is solidly in last place, but gives it up when his "accidental" car crash into a tree sends him to the hospital and a body cast.

Jim mooches beer money from mom, borrows the family van, shrugs off requests to help around the house. Dad eventually corners Jim, and pressures him into going to work at the family&#146;s ladder-making plant. Jim&#146;s first day on the job finds cousin Stacey, AKA Evil (Mark Boone Junior) drawing Jim into Evil&#146;s trailer-trash, dope-peddling, loser lifestyle. (Evil claims he&#146;s never married because "hookers are cheaper to support.") Jim gets lucky his first night out at a local bar and the nurse-love interest Anika (Liv Tyler) quickly forgives him for his record-breaking five-second race to premature ejaculation.

Buscemi has undertaken an ambitious project with Lonesome Jim. On a literal level, it is the portrait of a depressive personality, while also a loving send-up, composite portrait of "depressed writers." Affleck&#146;s Jim could easily be the twin of Paul Giamatti&#146;s Miles in Sideways. Jim&#146;s bedroom wall is adorned with photos of Hemingway, Woolf, Yeats, Burroughs, Plath, and other writers who all crashed and burned. It is also a loving portrait of the broken dreams of "little people" in little cities. But it is also a parable for the thwarted dreams and sabotaged hope that is the lot of every human being. The light, understated gallows humor often demonstrates the lack of any clear line separating the comic and the tragic. Lonesome Jim may leave the audience laughing and crying at the same time, or possibly wondering what the big deal is &#150; perhaps there may be no such thing as illumination for humanity.