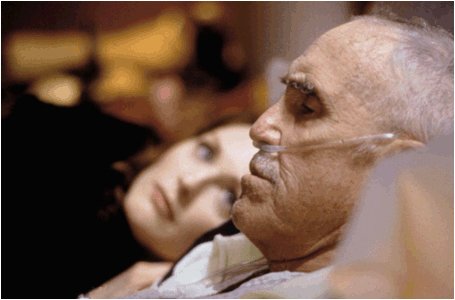 Paul Thomas Anderson&#146;s 1997 film Boogie Nights was an electrifying movie full of dazzling photography, great performances, and scenes (such as the drug scam that goes awry) that fused the wildly comic and the intense into a hyper kind of realism that burned through the screen. Its baroque and playful flourishes were enough at first to distract one from the movie&#146;s stylistic indebtedness to Goodfellas, its undeveloped characters and subplots, and most of all its brittle earnestness. Its faults were those of a young writer-director who&#146;d bitten off more than he could chew (you could spot the places where he was guessing how the world operates), but the movie&#146;s scale and fearlessness made Anderson a force to be reckoned with. How sad it is that two years later he&#146;s repeating almost all of the same mistakes &#150; while also making some new ones &#150; in Magnolia.

Magnolia takes place in the course of a single day that sees major changes occur in the lives of ten people living in Los Angeles&#146; San Fernando Valley. A television game-show producer (Jason Robards) is on his deathbed, attended by his live-in nurse (Philip Seymour Hoffman) and his wife (Julianne Moore). The wife is guilt-stricken because she married the producer for his money; the nurse is trying to fulfill the producer&#146;s last wish to see his long-lost son (Tom Cruise), a self-help guru for single men who&#146;s turned misogyny into a gold-mine. Meanwhile, the host of one of the producer&#146;s game-shows (Philip Baker Hall) has just learned that he too is dying, and he too has an estranged child and a wife (Melinda Dillon), and this wife is also confronting an unpleasant truth about her marriage. Their daughter (Melora Walters), an emotionally traumatized cokehead, is being wooed by a Mr. Lonelyhearts LAPD officer (John C. Reilly). The game-show&#146;s star contestant, a sensitive whiz-kid (Jeremy Blackman) who only needs to win one more round to set a new record, is about to suffer an on-air breakdown because his father treats him like a cash-cow. And in the meantime, a former whiz-kid (William H. Macy) is having to cope with being fired from his job and his unrequited love for a hunky bartender.

The story is populated by so many doppelgangers because Anderson wants us to see how people transfer the price of their sins to each other (especially across generations), and how their pain and confusion take the same form time and time again. Such ideas serve as givens in the work of most artists, but Anderson expounds on them as if he&#146;s discovered a new law of physics. Magnolia is an epic woven out of material that&#146;s barely sufficient for a short story, but it lasts three hours because nothing in it is compressed. Its lazy Susan plot line causes us to leave characters in mid-action, and when we return they haven&#146;t moved an inch in the meantime. The simplest actions and conversations are extended until the movie seems to operating in some regressive dimension where time flows backward.

Most of Magnolia&#146;s many locations are nondescript, shadowy, or colorless because Anderson wants to keep the human element of his story squarely in focus. He shoots so much in close-up that the characters become detached from their physical surroundings, and seem to exist in emotional isolation tanks. The trouble is that Anderson hasn&#146;t fleshed his people out much beyond the labels &#150; "Has-Been," "Pill Popper," "Child Abuser" &#150; he probably gave them when he first conceived them. The formidably talented cast does its best to infuse Magnolia with detail and color, but they can&#146;t liberate their characters from the whirlpool of abasement and portentous inevitability that Anderson has placed them in.

Anderson is still a square who reacts with horrified fascination to the idea that people use drugs or fool around on their spouses. When Moore has a public meltdown after a pharmacist makes some unbelievably insinuating wisecracks about her prescriptions, the camera lingers so long on her drooling incoherence that you begin wondering if there isn&#146;t some subtext you&#146;re missing. But Anderson loves these goggle-eyed displays of near hysteria &#150; to him, it&#146;s meaningful emotion. (His characters always look most fully realized when they&#146;re freaking out.) Magnolia&#146;s people can never transcend their status as sock puppets. Would the child genius, who&#146;s also an experienced quiz-show contestant, really forget to go to the bathroom before going on the air? Would his father&#146;s callousness be so thoroughgoing that he&#146;d want his son to stand up in front of a TV camera when he knows the boy has just wet his pants?

Magnolia&#146;s tedium is relieved by interludes of experimental playfulness that seem like the movie&#146;s own dream of what it might have been. The film begins on an almost insolent note, re-creating three bizarre news stories (they smack of urban legend) that prepare us for the film&#146;s heavy reliance on coincidence. Later in the film, the characters rouse themselves from their various emotional stupors to sing along with a hymn-like Aimee Mann ballad that&#146;s playing on the soundtrack. (It&#146;s almost a Monty Python touch when the two people who are in comas turn to the camera and begin singing, but at least the scene gives us a chance to just be with the characters without their speechifying at us.) It wouldn&#146;t be fair to say too much about the movie&#146;s most audacious stroke. Suffice it to say that the characters&#146; fates are marked with a boldly visualized signal from heaven &#150; for most of them, it&#146;s a miracle disguised as a plague. Technically astonishing and tonally daft, the scene is going to divide audiences down the middle. One thing is certain: Magnolia wouldn&#146;t have a prayer at the box-office without it.

Magnolia has some fine bits, but they&#146;re fleeting and slight ones: Walters makes a weird popping noise with her jaw, Macy and Henry Gibson share some funny barroom banter about Samuel Johnson, and Hoffman radiates an aching purity in his few short scenes. But by the time we&#146;ve reached the end of the movie, with one of the characters fixing a forced smile in our direction &#150; and wasn&#146;t this how we knew it would end up all along? &#150; and Mann crooning about all the "freaks who suspect they can never love anyone," we know we&#146;ve been hauled down the primrose path. Magnolia is the biggest disappointment of the year.