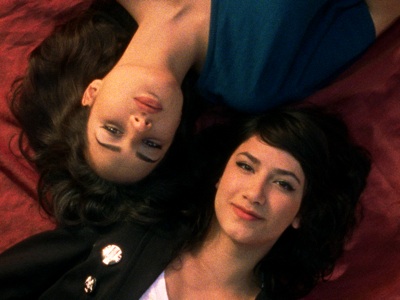 Circumstance, one of the new films by new director Maryam Keshavarz

Showcasing and celebrating the premier films of some of the world’s most exciting and promising new director talent is what New Directors/New Films Festival is all about. It is this focus that makes the festival, produced by the Film Society of Lincoln Center, one of the most unique and anticipated film festivals in general, and specifically of the Film Society of Lincoln Center. Considering that the Film Society has many festivals throughout the year, that’s saying a lot. Sure, there may not be as much buzz and hype around NDNF as say the New York Film Festival or the likes of new works at Sundance, but it’s a small, impressive, special festival in its own right. There aren’t a lot, if any, “big, young stars” in the films, so don’t expect to see E! Entertainment or TMZ covering the openings, but what you have are solidly interesting films and performances, with many eventually landing in an art house near you.

Some of the past selections over the festival’s forty-year history include Daron Aronofsky’s Pi, Steven Speilberg’s Sugarland Express, Pedro Almodovar’s What Have I Done to Deserve This?, Spike Lee’s NYU student film and Welcome to the Dollhouse by Todd Solondz, to name just a few. As you know, all of the aforementioned artists have gone on to illustrious and long, impressive careers. That next “big thing” could be at NDNF 2011.

There are 28 features in this year’s edition and of the sampling I took in, coupled with others I researched and talked to other critics about, there’s some good stuff to be had. For example, Circumstance by Maryam Keshavarz. This is a film about two young Iranian women who enjoy life in the shadow of the regime by going to parties and listening to forbidden music. As they begin to explore their sexuality and their feelings for each other, all is interrupted by one of the girls’ brothers and the morality police. How the two respond to outside pressure is intriguing.

The selections include showcasing several quirky characters, not the least of which is portrayed by none other than Isabelle Huppert in Copacabana from France. The disintegration of a relationship between a single mother and twenty-something daughter, played by real-life mother and daughter Huppert and Lolita Chammah, is central to this story. The off-center Huppert character tries to pull it together—as in getting and keeping a job- in an attempt to save their relationship and participate in her daughter’s pending nuptials.

Documentaries are also part of the NDNF entries. One of the most notable this year is The Black Power Mixtape 1967-1975. During that period, a group of Swedish journalists covered the Black Power movement in the U.S. and garnered incredible interviews with the likes of Angela Davis and Stokely Carmichael. Not much was done with the footage at the end of the shoots, and it ended up being stored away into obscurity. Recently, it was retrieved and edited with inclusion of current voice over from key characters. This is our history from a unique global perspective.

Although most of what is included in the festival is very worthwhile, others make you wonder why they got to see the light of day. Case in point is director James Mercer’s Some Days are Better Than Others (kind of like, some movies are better than others). A somewhat valiant effort to show the darker side of Portland, Oregon reflecting today’s depressing economy, with a cast of sad characters in either sad work situations or unemployment. Unfortunately, the only thing that came out of this was a mediocre story and production, with overkill on the sad, which made you feel that no days are better than others. I applaud the attempt, but re-write, re-write, re-write!

Because I so appreciate the NDNF, I don’t want to end this overview on a bad note. Therefore, let me reflect on what is one of its strongest entries—Tyrannosaur, a stunning first film from actor Paddy Considine (In America, The Bourne Supremacy) and starring Peter Mullan. The lead character, Joseph (Mullan) is a widower from small town Ireland with a violent temper. As such, he often gets into horrendous, hard-to-watch situations. Despite that, he ends up with moments of clarity and compassion when it comes to his neighbor’s son and a sweet shopkeeper who’s abused by her husband. I know, this all sounds like a downer, and these are very dark, depressing scenarios but to Considine’s credit, the weightier matters are handled impressively and he delivers a surprising twist. The brilliant performances spark empathy, unfolding a credible and believable story of redemption.

The New Directors/New Film series is underway in New York through April 3rd. It is hoped that many will get distribution and go onto wide release so we all can appreciate the big talents of the little known.

(37)
$7.99 (as of January 26, 2021 - More infoProduct prices and availability are accurate as of the date/time indicated and are subject to change. Any price and availability information displayed on [relevant Amazon Site(s), as applicable] at the time of purchase will apply to the purchase of this product.)

(6664)
$2.06 (as of January 26, 2021 - More infoProduct prices and availability are accurate as of the date/time indicated and are subject to change. Any price and availability information displayed on [relevant Amazon Site(s), as applicable] at the time of purchase will apply to the purchase of this product.)

(16504)
$7.64 (as of January 26, 2021 - More infoProduct prices and availability are accurate as of the date/time indicated and are subject to change. Any price and availability information displayed on [relevant Amazon Site(s), as applicable] at the time of purchase will apply to the purchase of this product.)
related posts