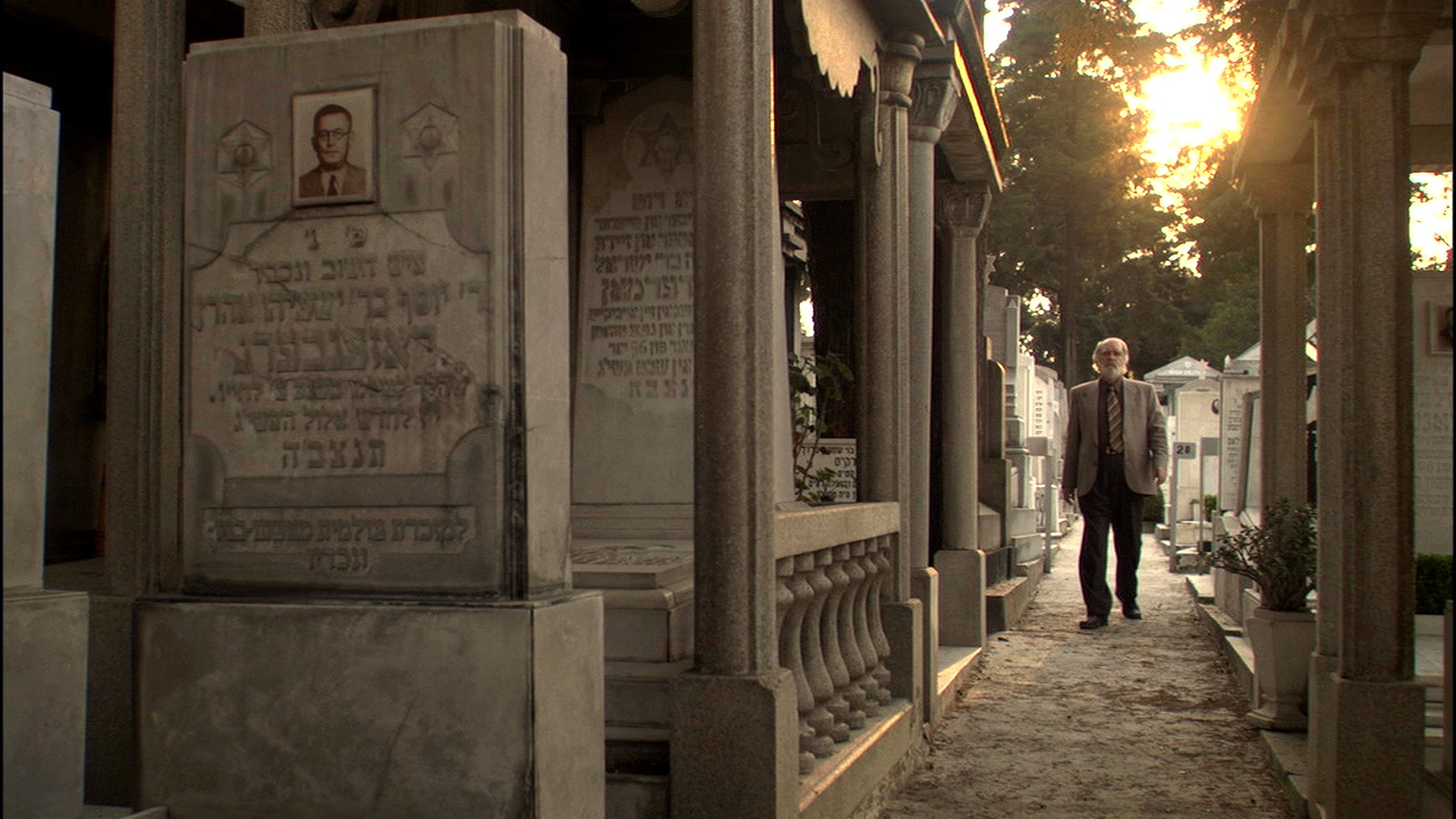 Nora, the main character in “Nora’s Will,” appears only in flashbacks or as a corpse, yet she dominates this award-winning bittersweet comedy. Set in a Jewish community in urban Mexico, this provocative film depicts the aftermath of Nora’s suicide after fourteen previous attempts. Although the film avoids analyzing Nora’s depression, we are given to understand that her suicidal tendencies are longstanding and uncontrollable.

It’s a complex, nuanced, darkly amusing, yet poignant film. Remarkably, the film is the first effort of director/writer Mariana Chenillo.

As the film begins, Nora is meticulously arranging her home for her funeral, although we only see that she is setting an elegant table for a Passover Seder. Nora and her ex-husband, José (wonderful performance by Fernando Luján), have been divorced for twenty years, yet he still lives across the street and has a key to her apartment.

Nora has instructed her doorman that all frozen food delivered in her absence should be sent to José’s apartment. As José brings the food to Nora’s apartment, he finds Nora’s body. With annoyance, he realizes that Nora has set him up-once again. José sees that the refrigerator contains all the ingredients for her Seder, organized by dish, with detailed recipes and instructions left for Nora’s faithful nanny/housekeeper, Fabiana (well played by Angelina Pelaez).

Their son, Rubén (Ari Brickman) is out of the country with his family. He insists that Nora not be buried until he can return home.

Jewish by birth, but atheist by practice, José soon finds himself subjected to a never-ending parade of Orthodox Jews who prepare her home and body for the funeral and ensure that Nora’s body is not left alone.

Because of the Passover holiday, the burial must take place either right away or not for five days. José soon realizes that Nora has purposely entangled him in a religious muddle that requires his participation, yet has no meaning for him. Incensed, and hoping to have an instant burial, he orders a quickie Catholic funeral, wake, crosses and all. He flagrantly orders a forbidden bacon-and-sausage pizza and offers it to the kosher Rabbi.

Meanwhile, Fabriana, a devout Catholic, makes-up Nora’s face and contributes a secret cross for her burial. Against José’s will, she loyally prepares the food that Nora left in the refrigerator.

Rubén’s flight delay prevents an immediate burial. Family and friends are forced to spend the dreaded five days together. The group is appalled to learn that, because Nora is a suicide, she is supposed to be buried outside the main cemetery, where criminals are buried.

José finds a photo of a very young Nora with another man (Nora’s one slip-up), and begins a surreptitious search for confirmation of the affair. Surprising himself, José finds himself consumed with jealousy about this long ago relationship.

During the long days and nights, and in spite of a succession of darkly amusing kerfuffles, José’s feelings for Nora soften, as he puts his anger aside and recalls happier times.

At the end of the film, in accordance with Nora’s plan, there is nothing left to do but sit down and enjoy the last delicious Passover meal Nora had prepared. Even after her death, she has managed to bring her family together for the Passover dinner.

Nora’s plan is so controlling that José’s initial angry reaction to her death seems almost justified. Talk about ruling from the grave … Yet Jose is manipulative and controlling himself, as we see from his plan to sabotage the funeral.

“Nora’s Will” is character-driven, with universal themes of family, religion, love and reconciliation. The film has been playing since 2010. As it continues to be shown, I hope that you have a chance to see it.

By the way, one would think that there is only one film about Jewish funerals in Mexico. However, “Morirse esta en Hebreo” (“My Mexican Shivah”) (2006) is about the seven days of mourning for a larger-than-life character. It is a broad comedy, with vibrant characters and a terrific score by The Klezmatics.