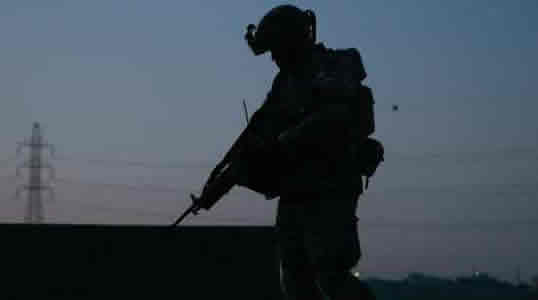 It has been a strange year in terms of movies about the Middle East. In the Valley of Ellah, The Kingdom, Rendition, Home of the Brave, Lions for Lambs, Grace is Gone, Kite Runner, and Redacted are welcome indications that filmmakers want to engage, from different perspectives, the catastrophies of the Iraq occupation, Islamic fundamentalism, and terrorism. But it’s a disappointing engagement. Not a single movie in this group will be remembered for its writing, acting, political or psychological insight, or for having any particular resonance with our national nightmare. Yet it is tempting to want to defend these films because of their jingoistic critics. Most of them have been attacked as anti-American, anti-G.I., and giving comfort to our enemies. What makes Redacted so interesting and unusual is that it is guilty as charged. Brian DePalma has written and directed a deeply anti-American film, and that should be acknowledged, embraced, and defended as one legitimate reading of our country in 2007.

Inspired by a true story, Redacted recounts how a handful of American soldiers raped a fourteen year old Iraqi girl, and then murdered her and her entire family. We first meet these and other soldiers as they do what most soldiers do: tend checkpoints, obsess about sex, try to relax during their down time, complain, bond and bicker with each other, and anxiously count the days until they can come home. DePalma seemingly structures his story in a conventional way. We get to know the guys, decide whom we like and whom we don’t, see the toll that the war is taking on them, and then see that toll explode in horrific violence. DePalma himself used this familiar narrative device to criticize our involvement in Vietnam in his Casualties of War (1989), which also involved Americans raping a local girl.

But if this conventional type of anti-war film seems familiar, DePalma cues us from the get-go that he’s doing something different. Making this a quintessentially post-modern film, we are given no single, true perspective from which to see the story. Instead, the film is a mélange of documentaries. Primarily, our perspective is the view-finder of one soldier’s camcorder. Angel (Izzy Diaz) is making a documentary of his experiences for use as a future ticket to enter film school. Other vantage points include those of a French documentary film crew, the video being shot by terrorists for their website, and security cameras. The reliance on these forms of video seems to give the film a particular claim to authenticity. Presumably everything we see, experience, and know is the uncensored truth derived from the ubiquity of the digital. DePalma is clearly intrigued by how much "truth" is being recorded all the time, everywhere, being broadcast for free, and giving us unprecedented access to levels and layers of human experience . And DePalma the director is intrigued by how this technology allows him to make a serious, ambitious feature film for ridiculously little money.

Once we get accustomed to the lack of a master narrative and the proliferation of smaller, more intimate, amateurish visions- the content becomes as radical as the form. An anti-war movie usually depicts fundamentally decent guys who are so badly damaged by combat that they become capable of monstrous behaviors. But DePalma never gives us decent guys. While not necessarily monstrous, the GI’s in this film range from banal to brutal, from psychologically damaged to raving psychopaths. But the point is that whether monsters or just morally hollow men, it’s not the war that has made them this way. They, like the war, are the product of America.

The most upsetting characters are two friends- Flake (Patrick Carroll) and Rush (Daniel Stewart Sherman). Flake has a driving need to inflict sexual harm on women. Rush is more than happy to go along for the ride. But again, we understand that the war didn’t make Flake what he is. He reminisces about how happy and proud he was when his brother murdered a dissident labor leader. Flake and Rush were deeply damaged individuals long before they arrived in Iraq. And those who join them on that fateful night, knowing that, minimally, a violent rape is going to happen, are craven and weak. Again, it’s never suggested that their lack of character and integrity has anything to do with their Iraq experience. The most decent of the guys has been taught by his military father not to rat on a fellow soldier no matter what he intends or does. His combination of bad values and moral weakness are seen as having everything to do with his family and nothing to do with serving in Iraq. And while some of the other soldiers seem benign, the ones that we truly get to know seem more damaged by America than the war.

DePalma intends his movie to be anti-war. And he intends to show how the war damages everyone it touches. It certainly harms Iraqi civilians. But he has a made a movie where the war has not harmed decent American boys and scarred a fundamentally decent America. Rather the war is an extension of a fundamentally indecent America which now sends its fundamentally indecent boys to bring misery elsewhere. I don’t mean any of this to be a criticism of DePalma. Whether intended or not, it is legitimate to see a bad war as stemming from a bad society, and finding rottenness not only in our powerful decision-makers, but also in the young men who do such a poor job of representing anything decent.

The problem is that for all the creativity in the form and the interesting provocation in the content- it’s still not a very good movie. DePalma wanted to work with un-recognized actors, which is fine, but none of the performances are all that good. We learn about the characters from the lines they speak, not from anything surprising, moving, textured or idiosyncratic in the acting. But the deeper problem is that the film is almost unwatchable. It’s not just that we know that we’re headed for rape and murder. And to DaPalma’s credit, that is shown off-camera; there’s no gratuitous violence. The deeper problem is that we simply can’t stand the people we’re with. It’s not only that there’s not a mensch in sight- someone with an ounce of moral courage and real integrity. It’s that there’s not even someone with some simple softness and decency that we can come to care about. And given that our reactions to these characters leave us feeling somewhere between repulsed and unengaged, the film can shock us but never burrow more deeply inside. The depiction of daily routines is done very well. The concept of seeing the war as like a reality TV show or an assortment of what’s available on You Tube is richly suggestive. And there’s an interesting audacity in not indicting a terrible war but indicting the terrible society that birthed this war. But dramatic tragedy requires our deep emotional engagement with the material. If DePalma could have complemented his anger at America and assault on our humanity with some moments that allow us to lower our guard- we might have been able to feel that emotion of engagement.

(Note: In the real incident that inspired this story, an Iraqi girl was raped and she and her family murdered by four GI’s: Paul Cortez and James Barker pleaded guilty and were sentenced to 90 and 100 years in prison, respectively. They will be eligible for parole in ten years. Jesse Spielman, who did not participate in the rape and murders but was there for the planning and execution, did not cop a plea. He was tried, found guilty, and sentenced to 110 years in prison. Steven D. Green, the mastermind and driving force behind the crimes, was discharged from the army for psychiatric reasons before the crime was fully investigated. Now a civilian, he is to be tried on rape and murder charges in a federal court in Kentucky. The girl was named Abeer Qasim Hamza Al-Janabi.)

(15271)
$5.99 (as of January 24, 2021 - More infoProduct prices and availability are accurate as of the date/time indicated and are subject to change. Any price and availability information displayed on [relevant Amazon Site(s), as applicable] at the time of purchase will apply to the purchase of this product.)

(10908)
$4.79 (as of January 24, 2021 - More infoProduct prices and availability are accurate as of the date/time indicated and are subject to change. Any price and availability information displayed on [relevant Amazon Site(s), as applicable] at the time of purchase will apply to the purchase of this product.)

(25661)
$23.81 (as of January 24, 2021 - More infoProduct prices and availability are accurate as of the date/time indicated and are subject to change. Any price and availability information displayed on [relevant Amazon Site(s), as applicable] at the time of purchase will apply to the purchase of this product.)
related posts