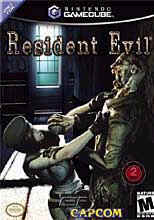 Resident Evil: Apocalypse is based on a computer game and is therefore aimed at a fairly specific demographic. Judging from the film, that demographic is best represented by an insecure teenage girl who, after a miserable day of being humiliated by cheerleaders and high school teachers, unwinds by pretending she&#146;s a gorgeous but grimfaced heroine who scowls into the darkness and releases the safety of her revolver in response to a terrified bystander&#146;s question "What are we going to DO?"

The plot is a pretty much perfunctory framework used to support a series of fight scenes. Due to an outbreak of the zombie inducing "Virus T" deep in the bowels of "the Hive," a massive underground complex controlled by the evil Umbrella Corporation, Raccoon City has been sealed off and quarantined. Its ruined streets are now populated by the living dead, who lurch around listlessly taking bites out of any living thing they encounter. The main characters are a handful of good-looking ciphers who must figure out a way of escaping from Raccoon City without being eaten.

This plot description and the timing of the movie&#146;s release &#150; autumn, the horror film season — may give some unwary viewers the impression that Resident Evil: Apocalypse is, in fact, a scary movie about zombies. It is nothing of the kind. It is not in the least bit scary, and most of the best traditions of zombie films are ignored. While there&#146;s lots of gore and death, the movie&#146;s intent is not to get its intended audience to jump and scream, but to get them to jab reflexively at their armrests in search of the computer command for "fire." As a result, any horror film aficionado who sits through it is going to feel like the worst kind of sucker, that being someone who&#146;s been fooled by people who aren&#146;t trying very hard to fool anyone.

There is almost no humor, absolutely no sex, and not much acting beyond snarling, screaming, and looking grim (or, in the case of the two female leads, pouting.). Sienna Guillory plays beautiful twenty-something cop Jill Valentine, Milla Jovavich plays a beautiful twenty-something genetically enhanced fighter named Alice, and Oded Fehr plays handsome, square-jawed special forces agent Carlos Olivera. There&#146;s a little girl to be rescued, an evil corporate executive with a German accent that comes and goes, and a pink monster that resembles an anthropomorphic tongue with fangs. The details important to a good zombie film &#150; like being able to see the living dead clearly, and getting a genuine sense of a ruined society &#150; are nonexistent, and the fight scenes so choppily edited that it&#146;s often hard to figure out exactly what is happening.

Fans of the game may enjoy this film, but the fact remains that a good computer game does not necessarily make a good movie. There need to be wider shots, more complex characters, and a greater attention to detail. Those hungry for a good scary movie about the living dead would do better to rent one of the old Romero films, or hold out for Edgar Wright&#146;s witty Shaun of the Dead, which opens later this month.