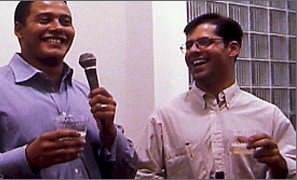 Speculative bubbles seem to be an inevitable byproduct of free markets and human greed. It’s the same greed (or self-interest) that Adam Smith said makes those markets function efficiently in the the long run, allocating economic resources rationally. But in the short run there can be extreme and peculiar distortions as greed overcomes rationality. Thus, in 17th century Holland, the price of tulips was greater than the price of gold. And the 18th century British joint-stock South Seas Company (an early example of the species), saw its shares rise by 800 percent (though the company hadn’t earned a farthing), only to come crashing down within a decade, causing bank failures and the financial ruin of many an investor.

During the boom of the 1990’s, Federal Reserve Board chairman Alan Greenspan spoke of "irrational exuberance"and, of course, he was right, though it wasn’t till April, 2000 that reality finally reined in the equities markets. This was a boom based on advancing technologies in general and the emergence of the Internet, in particular, as a mass market interactive communications network with seemingly unlimited potential. Small wonder then that economic resources, especially those controlled by venture capitalists, greedily chased after profit opportunities just like the 17th century Dutchmen and 18th century Brits.

Startup.comis a documentary film that looks at the Internet boom through the microcosm of one smallish company, following it from its formation in May, 1999 to its ignominious end, swallowed up by a large multinational corporation a mere twenty months later. Produced by the documentarian D. A. Pennebaker (Town Bloody Hall, The War Room) and directed by his long term collaborator, Chris Hegedus, along with cinematographer Jehane Noujaim, the film centers on the founder of the company–the tech guy–Tom Herman and his good friend from high school days, Kaliel Isaza Tuzman, who is recruited to be CEO of the startup, the front man who will chase the investment dollars which they anticipate will propel them all to fame and wealth. The former turns out to be more easily achieved than the latter.

What is most striking is what these twenty-somethings manage to accomplish is spite of their own lack of seasoning, articulateness, polish, or even, at the start, a business plan. Their corporate culture seems like nothing other than that of a locker room at the local high school, including the baseball caps, the group pep sessions and cheers, gyms and summer camps. Kaliel’s trophy girlfriend, Dora, says, "They’re guys acting like grownups," adding some of the indices of their role-playing: credit cards and cuff links.

Still, they have a credible concept, gOVWORKS.com, a portal to facilitate interaction between local governments and their constituents, dealing with such matters as property taxes, parking tickets, and building permits. In August, 1999 they have 30 employees; by May, 2000 they’ve mushroomed to 233. It’s all paid for by venture capital dollars; ultimately they raise a total of $60 million to finance their launch. They sign on 45 cities as clients and get the contract to handle New York City’s parking tickets. The media, of course, inflates their story into spectacle, fanning the fire of speculative fever in the markets, where far more seasoned business executives are burning through far greater amounts of capital on their way to crunching failure–remember Webvan and eToys and Kozmo and PlanetRx?

The gOVWORKS.com team works long and hard hours, racing against the competition, racing against the specter of ever-depleting funds; visions of a future IPO and great wealth are powerful motivators. But the competition is out-running them, revenues are flat, profits are not even mentioned, and after the April, 2000 crash, the venture capital stream dries up like Arizona in August. The two old friends have a sad falling out, the staff shrinks, the money runs out, and Dora moves to Florida.

Hegedus and Noujaim do a finely observant job; the film they caught (and edited), real events in real time, captures in remarkably candid fashion both the story and the personalities of the principals. There is no voice-over explanation and minimal additional factual information is provided with titles; nothing more is needed to capture fully this revealing blink of history.

When Kaleil is turned down in his first attempt to get venture capital, he says, "This guy just doesn’t get it," never imagining that there might be inadequacies in his own plan. It’s the hubris of youth, but it’s missing the larger-than-life element that would make it tragic. These young guys will start over again and never lack for a meal or a fancy car. And the venture capitalists, after all, lost money mostly belonging to wealthy investors who will simply write it off for tax purposes and order another glass of champagne.

There’s a severe contraction going on throughout the economy as a result of this bubble bursting. It’s the working slobs who get hit by the fallout of the greed of the wealthy, the laid-off folks who are wondering how to feed their kids this Christmas.

But that’s another movie. – Arthur Lazere