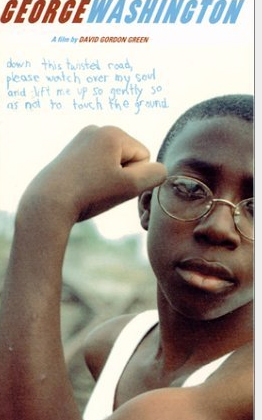 Summertime: When the Movies Are Cheesy, Except When they Aren’t

It’s that time of year when Hollywood turns out its biggest, but definitely not necessarily its best.  From May to August we will see a parade of action flicks and comic book heroes come to life on the big screen.  For better or worse, it’s what we’ve come to expect and sometimes enjoy; and truth be told, Hollywood needs the financial boost and we often need a place to soak up some free A.C.

Fortunately, sometimes the indie and foreign film industry uses this time to slip in a sleeper or two or even a big-budget smaller, quieter film.  Examples of the recent past include last year’s Away We Go and Julie and Julia, and a couple of summers ago, France presented us with a wonderful crime film called Tell No One.  The Franco thriller got by on an incredible and well-deserved word-of-mouth buzz.  My tastes run toward the latter grouping and I’m hoping for some good representation soon, or it’s going to be a long, hot summer.

In the meantime, I ponder what’s available to be viewed, or re-viewed, on my personal big screen and the comfort of my air-conditioned living room.  What first comes to mind are selections reflecting the feel and look of summer, or films that will take me on a mental journey to places I more than likely won’t make on my own dime and time this year.

Jaws (1975): I know, I know, it’s on everyone’s list, but it really does hold up, and who am I to tamper with perfection.  Despite the fact that this may have been the movie that actually ushered in our constant stream of annoying blockbusters, it’s an iconic classic that maintains its status as not just a fun and scary summer movie, but as masterful filmmaking. When a great white shark menaces the languid beach resort of Amity during the busy summer season, a newly transplanted sheriff must take on local politicians and the murderous sea monster.  With the help of a grizzly, drunk fisherman and a sea life academic, they begin the chase of their lives.  Jaws predates the perfection of CGI and 3-D, and director Steven Spielberg compensated masterfully by developing a great story, enlisting a perfect cast and hiding the creature while ramping up the music score.

Enchanted April (1992): Okay, it sucks you can’t venture beyond your local beach or even worse, your community pool, but through the movie Enchanted April you can jettison off to an Italian seaside village and get ideas for your next trip abroad when the euro weakens.  It’s a month in Italian paradise for two unhappily married English women who are bored with their lives and depressed with the dreary London weather.  The film is tranquil and thoughtful, with gorgeous scenery.

Easy Rider (1969): Back state side, we take a summer road trip with two counterculture bikers trekking from L.A. to New Orleans in search of America.  Along the way, they encounter hitchhikers, racism, jail time and the loss of a friend.  Although this award-winning film doesn’t hold up as much as Jaws—it feels dated and cheaply produced—it still provides a glimpse into a pivotal part of our social history and makes for a fun summer journey.

Taking Woodstock (2009): Also portraying the era of the 60s, this sleeper from 2009 gives a unique perspective of the concert of a generation.  When Elliot, a young man working at his parents’ upstate New York hotel, connects the concert organizers with the property to host the hippie music festival, he thinks he’s just helping drum up much- needed business for his parents and town, but quickly realizes that he’s plugged himself into an experience of a lifetime and history in the making.  I recommend taking the summer of 2010 to transport yourself to the summer of 1969.  Keep in mind, though, that this film is from the behind-the-scenes perspective of the locals, and not about the artists and music.  For that, you’ll need to watch the documentary Woodstock.  In fact, the two films together would make for a fun movie weekend.

George Washington (2000): Summer break and several unsupervised children in a rural southern town leads to tragedy, lies, the need for forgiveness and one of the most poignant stories ever told.  Done in a postmodern neo-realist style and narrated by the kids involved in an unfortunate accident and cover up, the film reveals their struggles with their working class surroundings and a summer wrought with tough choices and even harder consequences.

Annie Hall (1977):  Because there was a time when we looked forward to a summer entry from the comedic film master Woody Allen, I submit not only one of his best, but one of the best romantic comedies of all time.  For a genre that is over-saturated with bad examples, clearly there is an insatiable desire on the part of moviegoers to get their romantic fix. Here is the genre masterpiece and well worth a second look; or in my case, a second look many times over.

The relationship between a neurotic Jewish New York comedian, Alvy, and his equally neurotic wasp of a girlfriend, Annie, is chronicled in this classic, with many break-ups and make-ups along the way.  An intrinsic part of the film is the editing itself, with the story shifting from past to present while being narrated by Alvy, who tries to come to grips with the course of their relationship and its ultimate demise.

So, there you have it, my summer suggestions, all easily done with a flick of your remote and the pouring of your favorite cool drink. Let the movies and good times roll.