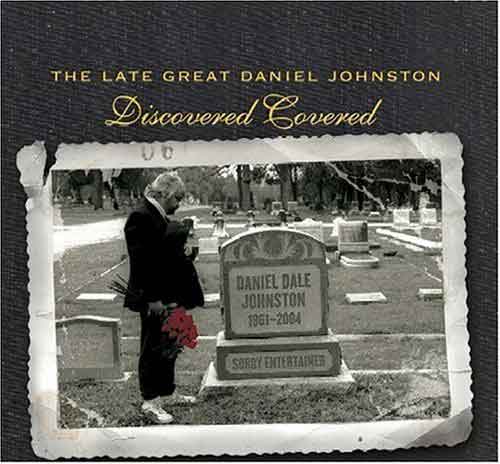 Back in New England, one of the most brutal winters in recent memory was still in full swing. Two thousand miles away, a Bostonian vacationing in Austin during South by Southwest shifted his gaze from the gorgeous blue sky above to the free beer in his hand to Raleigh-based pop-rockers The Rosebuds performing (also gratis) onstage. He let out a contented sigh. &#147;We&#146;ve died, haven&#146;t we?&#148;

While he certainly wasn&#146;t alone in viewing SXSW as a little slice of heaven, there are always dissenters.It has become something of a tradition for cranky letters to appear in the Austin Chronicle in the weeks surrounding the annual music, film and interactive conference, most of them penned by long-time locals who dread the yearly invasion. The major complaints: It&#146;s not like the olden days, the wristbands are too expensive, the lines are too long, it&#146;s all a schmooze-fest for record industry weasels and the unsigned bands remain unsigned when it&#146;s over.

There&#146;s some validity to these gripes, but here&#146;s another undeniable truth: If you can&#146;t have fun during SXSW, you might as well give up.It&#146;s true that the long sold-out wristbands were fetching upwards of $300 on eBay in the days leading up to the festival, but as resourceful music fans know, officially sanctioned gigs are only the tip of the South-By iceberg.Free day-long showcases abound, from the backyard of barbecue joint Pok-e-Jo&#146;s to the dank inner sanctum of legendary punk club Emo&#146;s.You can see local favorites The Gourds play an afternoon show in someone&#146;s front yard and then catch them closing out that evening&#146;s free concert at Auditorium Shores, the biggest outdoor stage in town. Wristbands?We don&#146;t need no stinkin&#146; wristbands!

The film festival is another matter. Badges or passes are a necessity, at least in the early days, but many of the films play several times throughout the week, and the later screenings are much more accessible. The notion of SXSW as a crossroads of music and film was made explicit this year with a slate of rockumentaries that could serve as a season&#146;s worth of VH1&#146;s Behind the Music episodes in an alternate universe.Profiles of eccentric rockers ranging from Brian Wilson to Townes Van Zant to Wildman Fischer were featured, but the heart of the order belonged to two troubled Austin legends, Daniel Johnston and Roky Erickson.Though they take very different approaches, The Devil and Daniel Johnston and You&#146;re Gonna Miss Me are dark reflections of each other and vital documents of the Austin music scene.

Devil is largely pieced together from archival materials, including Super-8 footage and many hours worth of audio cassette recordings Johnston made, both of his music and his musings.The son of Christian fundamentalists, young Daniel found himself in Austin as the music scene flourished in the mid-1980s.His quirky homemade recordings earned him a cult following among local musicians, but a mental breakdown left him delusional, imagining himself at war with Satan.Johnston&#146;s long road back from his private Hell included several hospital stays, aborted gigs and one-way romances, and an ill-fated major label record deal. Director Jeff Feuerzeig weaves the found footage with new interviews (including a bizarre chat with Butthole Surfers singer Gibby Haynes as he undergoes a dental procedure) into a clear-eyed but compassionate portrait of a tormented artist, as well as a love letter to a special time and place.

You&#146;re Gonna Miss Me, on the other hand, is more reminiscent of the 1994 classic Crumb, as it favors you-are-there verite over existing footage. In fact, that comparison suggests a suitable tagline for the poster: &#147;Makes the Crumbs look like the Cleavers.&#148; Unlike Johnston, Roky Erickson met with commercial success early in his music career as a member of the seminal psychedelic band the 13th Floor Elevators.A similar fate awaited, however; mental illness, institutionalization and constant battles with imagined demonic forces.Until recently, Erickson has been much less functional than Johnston, living in poverty and squalor in a semi-catatonic state.Whereas Johnston had a support system of family and friends, Erickson has depended on a mother who nursed her own peculiarities while denying him his medication.The film follows the efforts of one of Roky&#146;s brothers to win his custody away from their mother in hopes of restoring some quality of life.It&#146;s telling that even the &#147;normal&#148; Erickson brother comes off as a little odd; You&#146;re Gonna Miss Me walks the fine line of exploitation and sometimes stumbles across it.

Other films that made their U.S. premiere at the festival include:

Max and Grace &#150; Remember all the Tarantino knockoffs that littered film festivals in the wake of Pulp Fiction&#146;s success? A decade later, an even more alarming trend in indie cinema seems to be well underway: the fake Wes Anderson movie. Napoleon Dynamite filled the slot at last year&#146;s SXSW, and its subsequent box office triumph could only herald more of the same. Max and Grace is a particularly egregious example starring Natasha Lyonne and David Krumholz as disturbed youngsters who meet in a mental ward and learn that time-honored Hollywood lesson: true love cures insanity. Crude caricatures, smug dialogue and a twee, twinkly score add up to must-flee entertainment.

Childstar &#150; Canadian actor/filmmaker Don McKellar (Last Night) directs and co-stars in this satirical look at child actors and the movie business. McKellar plays an experimental filmmaker turned limo driver who becomes a mentor of sorts to a bratty youngster trying to make the transition from sitcoms to the big screen before his voice changes.Childstar never settles on a consistent tone, and its take on the politics of the film set is not especially scathing or original, but it has its amusing moments, most of them courtesy of Dave Foley as an irritable producer.

Reeker &#150; The first half of this low-budget horror flick puts a genuinely unsettling spin on some familiar genre ingredients, but the chills dissipate into laughs, not all of them intentional.A vanload of young people on their way to a rave in the desert find themselves sidelined in an abandoned motel, where creepy (and graphically gory) events ensue.A definite case of &#147;less is more,&#148; Reeker is at its best when we know the least about what is going on.