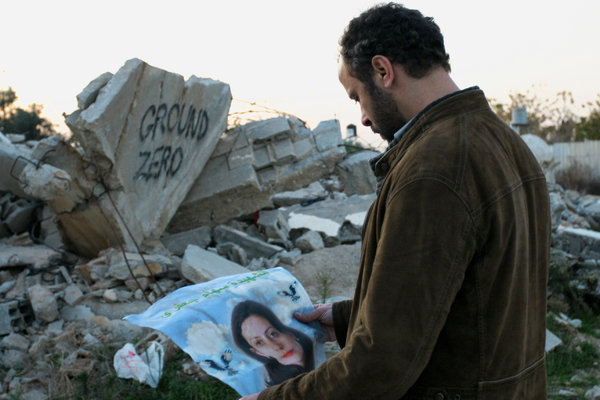 In Arabic, Hebrew with English subtitles

As the film begins, Amin is receiving a career achievement award; he’s the first Arab to win this special award. His easy relations with his many Israeli friends and colleagues lead him to believe that he is exempt from racial and cultural attacks. He’s an urbane non-practicing Muslim, a caring, highly respected surgeon, who is nevertheless surrounded by the Middle East undercurrent of racial animus.

When an Israeli emergency room patient, one of many injured in a bombing, refuses to be treated by Amin, he quietly withdraws. Later that night, Amin is called back to the hospital, not as a surgeon, but as a husband, to identify his wife’s body. He is told that his wife was the suicide bomber.

Instantaneously, the shocked and grieving Amin is targeted as a potential terrorist and traitor. After finally freed from a multi-day police interrogation, Amin is adrift. In flashbacks, we see the couple’s loving relationship. Did he romanticize the relationship? Did he ignore her signals?

“The Attack” is an amazing complex film that doesn’t shy away from exposing conflicting viewpoints. We see modern Tel Aviv and its glittering towers along the Mediterranean, and Palestine full of stone and rubble. We learn that beneath some urbane and sophisticated Israelis lies a cold and hardened heart. We see Palestinians who live to commit terror without regard to its consequences.

Interestingly, the political divide exists in the filming and distribution of “The Attack.” Lebanese director Ziad Doueiri (cinematographer on “Reservoir Dogs” and “Pulp Fiction”) violated Lebanese laws that prohibit travel to Israel. Arab extremists supposedly have found the film’s even-handed portrait of multifaceted problems overly sympathetic to Israel. As a result, the film is banned in Lebanon; it has not been shown in any Arab state.

What makes “The Attack” so exceptional, aside from the excellent performances and Yasmina Khadra’s award-winning novel on which it is based, is that it is presented as a man’s journey of self-discovery.