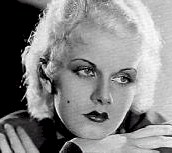 Mention the name W.R. Burnett to fans of early pulp fiction, and nine out of ten bibliophiles will exhibit a quizzical look. Mention the hard-boiled author’s name to devotees of early gangster films, however, and you’ll witness Pavlovian drooling in action. While the writer may not be a household name a la Chandler or Hammett, the mere sight of a Burnett screen credit can cause many a classic movie lover to grow giddy with excitement.

This hard-bitten, hard-living Irishman moved from rural Ohio to the urban jungle of Chicago in the late ’20s and began penning novels about the criminal underworld. His work, however, is primarily known as the basis for the heavy hitters of the crime film genre, with a literary output that provided the basis for Little Caesar, The Asphalt Jungle, and High Sierra. Eventually migrating to Hollywood, he began working on motion picture scripts and co-wrote the screen adaptations of The Asphalt Jungle, High Sierra, and This Gun For Hire, as well as contributing (uncredited) to the script for Howard Hawk’s Scarface. He virtually defined the way the underworld was portrayed on the silver screen.

In addition to the genre’s well-known classics, Burnett also wrote the story for one of the greatest crime films most people have never seen. Rarely revived and never released on video, The Beast of the City was actually a reactionary answer to the success of films as The Public Enemy that glamorized the life of the gangster. A smash hit when it was released thanks to its leading lady Jean Harlow, The Beast of the City has faded into modern-day obscurity. Like the author himself, the movie is all but unknown by a handful of cinephiles and archivists.

It’s a pity, as this small nugget of a film is a prime example of Burnett at his best. It’s everything you’d want in a ’30s crime film and more: Tough-talking dames, cigar-chomping underlords, take-no-prisoner cops, greasy henchmen, crooked lawyers and lead-spitting Tommy Guns. Only MGM wanted to condemn the era’s romantic notion of the mob-boss-as-playboy, so Burnett shifted the emphasis from criminals to crime-fighters but keeping the genre’s hard edges intact. The result plays like gangbusters.

Dedicated cop Jim Fitzpatrick (Walter Huston) has made it his personal mission to take down Chicago’s leading gang lord Paul Berone (Jean Hersholt, playing a thinly-veiled caricature of Al Capone). He’s willing to do whatever it takes, even it means "filling him full of hot lead". Eventually rising to the rank of police captain, he starts cracking down on all of Berone’s operations. Fitzpatrick’s little brother Ed (Wallace Ford) has fallen for Berone’s moll (Jean Harlow) and goes on the take to keep her wallowing in dough, unwittingly becoming the gangster’s ace in the hole. Thanks to Ed and some shyster lawyers, Berone ends up beating the rap, forcing both of the Fitzpatrick brothers to finally take the law into their own hands.

Burnett may not have invented the gangster film cliches, but he and dialogue writer John L. Mahin help to refine them to a tee here. Even the well-worn tropes seem fresh here, thanks to their sharp eye for detail and English director’s Charles Brabin’s terse handling of the material. The film transcends the awkwardness of the period’s technology by sheer inventiveness and verve; the gun battle between the police and the gangsters, in which each faction starts firing across from each other in a speakeasy, seems like it might have been filmed yesterday. And Jean Harlow, coming off a losing streak of performances that almost stopped her career short, turns the stock roll of a gun moll into a sexy, sassy temptress (she’s responsible for the film’s best exchange: A cop asks her "Are ya bright enough to answer some questions?" "Sure", she replies, "if ya don’t ask ’em in Yiddish!").

The film cemented both Harlow’s and Burnett’s careers in Hollywood, although the film eventually became nothing more than an obscure footnote once gangster pics fell out of favor. Far from just playing a part in the history of these seminal cinematic figures, The Beast of the City has earned a rightful place in the crime film pantheon. Hopefully, this rare screening of a neglected classic will expose a few film lovers to a long-forgotten gem, as well as giving Burnett the credit as a pulp pioneer for which he’s long overdue. Don’t miss your chance to check out this classic, or you’re in for a pain far greater than any belly full of lead.