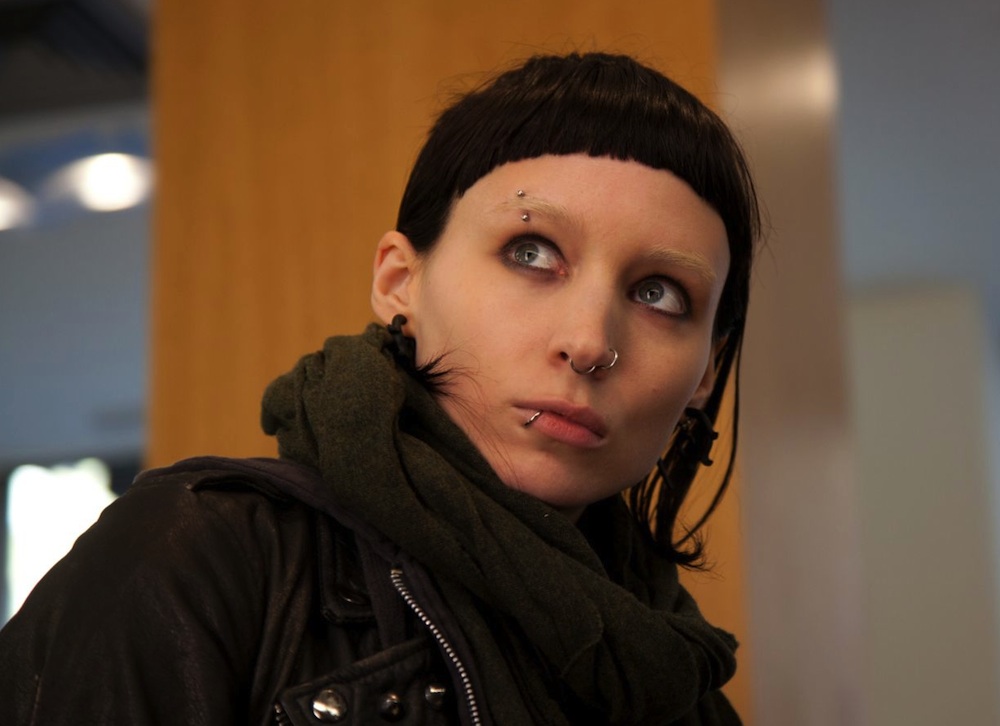 The Girl With The Dragon Tatoo

Soon after the 2009 Swedish film of Stieg Larsson’s best-selling “The Girl with the Dragon Tattoo” was released came word that an American version was in the works. Uh oh, I thought. How is this brutal, stylish story going to be Hollywoodized? Will the action be moved to Kansas City?

Turns out I needn’t have worried. The film, directed by David Fincher from a script by Steven Zaillian, is every bit as tense and gritty as the original. And it’s set in Sweden.

If you’re a newbie to Larsson’s Millenium Trilogy (of which “The Girl” is the first volume), you may experience some confusion. The action is dense and rapid-fire. At times it’s hard to sort out the characters–which may be intentional, since the protagonists have the same problem. But the movement, which relies less on fist-pounding violence and mainly on old-fashioned detection (though with newfashioned means, i.e., computers), rarely lets up.

But there is plenty of violence, mainly directed against women (the novel’s original Swedish name translates as “Men Who Hate Women”). A graphic rape scene, the revenge for that rape, and the serial murders of women which form an important part of the back story are not for the faint of heart.

The film’s two main characters are Mikael Blomquist (Daniel Craig) and Lisbeth Salander (Rooney Mara), who don’t actually meet until well into the film. Mikael has just lost a slander case for an article he wrote for his monthly magazine, “Millenium,” and has stepped back from his editorial work there. He is hired by a wealthy, aging industrialist, Henrik Vanger (Christopher Plummer), ostensibly to write Vanger’s biography but actually to investigate the disappearance of Vanger’s grand-niece, which occurred 40 years earlier. Vanger and his extended family live on an island in the north of Sweden, where the older man puts Mikael up in a spartan cottage for the course of his investigation.

But things are going slowly for Mikael, and he hires a hotshot young computer hacker, Lisbeth Salander, to help him.

Lisbeth is the most compelling character in the film/novel and Rooney Mara’s Lisbeth is a worthy successor to the Swedish version’s Noomi Rapace. An unsmiling goth figure with numerous piercings and tattoos (including the big dragon on her back), Lisbeth is driven by the need for revenge against the male establishment that has victimized her. That male establishment includes rapists, sadistic social workers, Nazis, serial torturers and killers, religious fanatics—a thoroughly nasty bunch whose tentacles reach into the highest levels of government. Rooney Mara, who played Mark Zuckerberg’s girlfriend in an early scene of “The Social Network” (also directed by David Fincher), is ferocious as Lisbeth, without minimizing the softer side that occasionally peeps out from under the character’s icy exterior.

Daniel Craig minimizes his tough-guy persona. His Mikael is determined but also vulnerable. The action moves expertly between Mikael and Lisbeth, who most often work independently of each other and with differing motives: Mikael’s for truth and Lisbeth’s for revenge.

Other cast members include Stellan Skarsgard and Yorick van Wageningen as especially nasty pieces of work, and Robin Wright as Mikael’s longtime colleague and girlfriend (never mind that she’s married–this is Sweden). The jagged, effective music is by Trent Reznor and Atticus Ross.