According to Boston Magazine, the term FoMO (“Fear of Missing Out”) was coined by a marketing strategist back in 2000, but the basic concept has been perfected by the annual South by Southwest festival in Austin, TX. Boasting 145 feature films over the course of ten days in its 2015 incarnation (not to mention dozens of shorts and videos, panels, day parties, an impressive roster of live comedy shows, an interactive conference, hundreds of bands playing in every nook and cranny of the city, etc., etc., etc.), the event known as SXSW might as well be called ADHD.

In other words, it’s literally impossible to see more than a fraction of the screenings on offer (spread across ten venues throughout the Texas capital), but here are five titles that made an impression in the midst of this year’s movie-going madness.

What’s the point of art in general and movies in particular? It’s an appropriate question for a film festival swathed in corporate branding, where less than 10% of the independent labors of love submitted for consideration find a slot in the schedule. Because, for all the time and resources devoted to creative projects (cinematic and otherwise), the truth is that most of them will never generate income or even find an audience — a fact cleverly illustrated by a sequence in this moving documentary where a shot-for-shot remake of “Raiders of the Lost Ark” sits unwatched and forgotten on a shelf amid dozens of other videotapes like the Ark of the Covenant, lost amid crates in a warehouse at the end of Steven Spielberg’s 1981 blockbuster. The fan film, created over a span of seven years of school vacations by three Mississippi kids and their friends, was simultaneously a tribute and a Hail Mary attempt to be noticed by Hollywood. It was an escape from the grind of real life which became its own grinding obsession — and, eventually, a word-of-mouth phenomenon as VHS dubs of the end result made their way around the pre-internet cult circuit. The remake itself (now available for viewing in its entirety at RaidersGuys.com) is an impressive feat of ingenuity, with a small ensemble of classmates and neighbors taking on dozens of background roles over the years (from Hovito natives to Arab diggers) and effects like fishing line employed to induce a Nazi salute from a hound dog named Snickers (doubling for the trained monkey in Spielberg’s original). The “making of” back story (recounted in outtakes and interviews) is also a paean to the golden era before helicopter parenting, when barely supervised kids had the freedom to set themselves on fire and shoot bottle rockets at each other for the sake of more realistic depictions of barroom brawls and supernatural shenanigans. But documentary directors Jeremy Coon and Tim Skousen also tackle the darker side of the creative impulse as they track the tattered show biz dreams of those same Mississippi kids in adult life when they reunite in a (possibly foolhardy) attempt to complete the one sequence from “Raiders” they were never able to simulate: an extremely dangerous fight scene involving an airplane, whirling propellers, and multiple explosions. 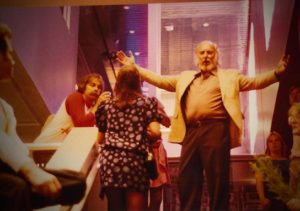 2. ALL THINGS MUST PASS

Colin Hanks (son of Tom) contributed another bittersweet time capsule to SXSW 2015 with this tribute to the late, great Tower Records. Founded in 1960 by the charismatic bohemian entrepreneur Russ Solomon, the business started as a department of his father’s Sacramento drug store and eventually expanded into a billion dollar international brand before corporate hubris and the digital revolution drove the chain to bankruptcy in 2006. Yet Hanks’s film plays more like a rowdy period piece than a dry business case study as it delves into the personalities and culture that fueled Tower’s remarkable run. As former customer Bruce Springsteen notes during one of the film’s celebrity interviews, “Everyone in a record store is your friend for twenty minutes” — and that sense of the record store as a vital hub where like-minded individuals could meet and mingle in person (as opposed to merely sharing Spotify links online) is captured in a fast-paced assemblage of clips and anecdotes, accompanied by an impressive soundtrack of era-appropriate hits and deep cuts. But “All Things Must Pass” also dramatizes a depressing shift in modern workplace realities as individual innovation gives way to the “corporations are people” mentality over the course of Tower’s lifespan, transforming a thriving, customer-focused company (where most of the executives worked their way up from store clerks) into a carcass sucked dry by outside liquidators. 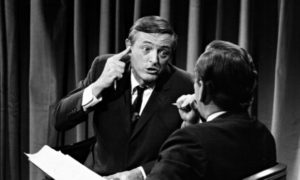 Fans of erudite, withering put-downs will find a lot to like in this examination of the groundbreaking televised debates between uber-liberal novelist Gore Vidal and William F. Buckley, Jr., arch-conservative founder of “The National Review”. The pairing was cooked up by ABC as a desperate ploy to boost ratings for the (at the time) third place network’s coverage of the 1968 Republican and Democratic presidential conventions. Yet what began as a stunt quickly became a national sensation as the unfeigned tension between the commentators steadily escalated (in tandem with violent clashes between antiwar protesters and police in the streets outside the studio) until the two respected public intellectuals were reduced to name-calling and threats. The climax occurred when a taunt from Vidal prompted Buckley to snap, “Now listen, you queer. Stop calling me a crypto-Nazi or I’ll sock you in the goddamn face…” Not surprisingly, the fracas propelled ABC’s political coverage into first place, and the mediasphere responded accordingly, leading to the unchecked vitriol of modern punditry and politics. Given the quick wit and charisma of their subjects, “Best of Enemies” directors Robert Gordon and Morgan Neville could have constructed a perfectly entertaining documentary composed entirely of erudite zingers, but the project’s focus and historical context make the film a must-see for viewers curious about how and why American broadcasting devolved from Walter Cronkite to the “Fox & Friends” gang. 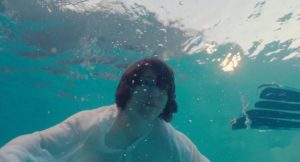 SXSW has a long history of screening documentaries about troubled musicians, including “Beautiful Dreamer: Brian Wilson and the Story of Smile”. That particular tale is briefly referenced in producer/director Bill Pohland’s new biopic “Love & Mercy”, but the main focus of the film is Wilson’s deteriorating mental health in the mid ’60s and his subsequent manipulation by psychotherapist Dr. Eugene Landy in the ’80s. Pohland essentially divides the time periods into a pair of interlinked featurettes, with two different actors portraying the lead role. Easily the more successful of the pair is Paul Dano, seamlessly channeling the Beach Boy as a young man via alternating bursts of joy and heartbreaking vulnerability as he retreats from public life to create the masterpiece-in-progress “Pet Sounds”. On the other hand, it’s hard not to think, “Hey, look! It’s John Cusack!” whenever the film’s other lead pops up to portray the middle-aged Wilson in the 1980s scenes, which nevertheless play to the actor’s quirky romantic comic charisma as he courts a Cadillac saleswoman with a heart of gold (Elizabeth Banks). And while Paul Giamatti overchews the scenery like a velociraptor whenever he appears as the despicable Dr. Landy, the stylish, larger-than-life melodrama sweeps viewers along thanks to Cusack’s and especially Dano’s grounded, human scale portrayals of the fragile, brilliant man behind all the rock ‘n’ roll mythology. 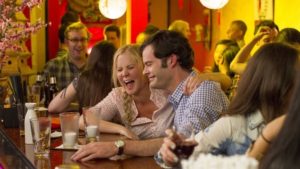 The SXSW screening of Judd Apatow’s latest shaggy dog comedy “Trainwreck” (starring and written by comedy’s newest “It” Girl, Amy Schumer) was billed as a “work in progress,” though it’s hard to know what, if anything, the director might tweak between now and the film’s scheduled domestic release in July. In part, that’s because Apatow’s projects tend to be rambling, pop culture riffs on arrested development where smart banter and humorous celebrity cameos (in this case, a scene-stealing LeBron James, of all people) are more important than tight plotting or dramatic tension — and that’s certainly the case in his latest collaboration. That formula can easily go off the rails (as in the 2012 rich white people whine-fest “This Is 40”, a true train wreck of a film). But Schumer’s charmingly blowsy onscreen persona and sharp comic voice provide enough energy and laughs to power audiences through a standard issue plot about a commitment-shy alcohol enthusiast wrestling with fears and insecurity after meeting a successful sports doctor (Bill Hader) who might be “the one.” The movie unfolds in a slightly raunchier version of Woody Allen’s Manhattan dreamscape where everyone has giant apartments and/or beautiful houses and glamorous professional careers that don’t take up too much of their time. Only Colin Quinn (as Schumer’s misanthropic father) actually seems like a flesh and blood human, but expecting gritty reality from an Apatow film is the equivalent of mistaking a Bugs Bunny cartoon for a nature documentary. The important question for a comedy like “Trainwreck” is whether it’s funny enough to keep you hooked the whole time, and if you’re already a fan of Apatow’s formula and/or Schumer’s particular brand of nonsense, then the answer’s a probable yes. 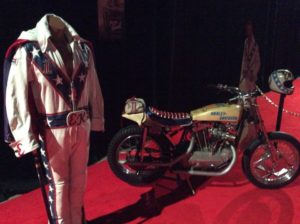 A prior commitment forced me to leave this fascinating documentary about the troubled ’70s stuntman after 30 minutes, but I plan to rewatch Daniel Junge’s film as soon as possible to see how that whole Snake River Canyon jump worked out for Mr. Knievel.

WILDCARDS: Two films that almost certainly would have appeared on this list if I’d been able to get into the available screenings are “Knock Knock, It’s Tig Notaro” (about an unconventional comedy tour) and “Fresno” (an upcoming comedy with a murderer’s row of fantastic character actors including Natasha Lyonne, Judy Greer, and Aubrey Plaza).