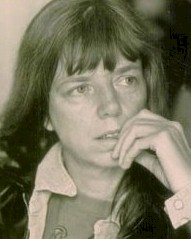 It may seem hard to believe now, but once upon a time, debate was a blood sport, and attracted an audience beyond the glassy-eyed, slack-jawed devotees of debased propaganda-troughs like the Fox News Channel. Town Bloody Hall documents a 1971 debate between three leading feminist thinkers, a Lesbian poet, and Norman Mailer. Mailer had, slightly prior to the debate, published an essay, The Prisoner Of Sex, in Harper&#146;s magazine, and the women&#151;NOW president Jaqueline Ceballos; literary critic Diana Trilling; author Germaine Greer; and poet and Village Voice writer Jill Johnston&#151;descended onto Town Hall&#146;s stage to debate Mailer, his essay, and the nature of the women&#146;s liberation movement at that time.

The immediate question is, what&#146;s the relevance of this film today? The debate took place in 1971; the film premiered at the Whitney Museum in 1979 and has only been seen a few times since then. It is now being re-released in a digitally-restored print. But does it retain any value, thirty years later? Perhaps it&#146;s of academic merit, granting as it does a window onto the tenor of feminist debate in the late Sixties and early Seventies, when the movement was at its most chaotic and energetic (and successful work was accomplished). It must be said, though, that seen through the prism of history and present-day society, much of the debate documented in Town Bloody Hall seems like obstreperous self-aggrandizement.

Three of the four female panelists acquit themselves fairly well. Jaqueline Ceballos presents the idea that women should be paid salaries as housewives, and should furthermore receive paid vacations from their positions as homemakers. Mailer responds by asking what this will do to relieve the &#147;profound boredom&#148; of modern life, a question which, at least in the film (which is 85 minutes of a multi-hour event), goes unanswered. The second speaker, Germaine Greer, raises the specter of the male artistic ego as a crushing weight on the shoulders of women, specifically women who wish to be artists themselves. Mailer doesn&#146;t have a particularly apt or valid response to her point (possibly because his own artistic ego strains against the inside walls of the venue throughout the film) and dismisses it, rather curtly, as &#147;diaper Marxism,&#148; a term which goes undefined. So far, so good.

Third up to the podium is Jill Johnston. Introduced by Mailer as &#147;America&#146;s finest free-associative writer&#148; or something similar, she launches into a rambling and, indeed, seemingly free-associative tirade. Beginning from the proposition that &#147;all women are lesbians except those who don&#146;t know it,&#148; she incorporates irrelevant digs at the Nixons, long Bible-derived digressions, and other nonsense, and finishes up with what was likely intended as Abbie Hoffman-esque &#147;street theatre&#148; when two women of Johnston&#146;s acquaintance take the stage and begin kissing and embracing her, to the point that the trio begin rolling around on the stage.

At this point, Mailer asks her, somewhat testily, to retake her seat (she&#146;s gone way over her allotted time, and seems amused, in the manner of a little girl refusing to go to bed, by that fact) in order that Diana Trilling might speak. Johnston chooses instead to leave the stage entirely, accompanied by her friends. This section of the film is the most immediately dated, redolent as it is of the idiotic devolution, at the tail end of the Sixties, of debate from serious weighing of issues to mere identity-politics posturing and japery. It&#146;s quite clear that Johnston is terrifically amused by her own antics, but Mailer&#146;s response (frustration and annoyance) is totally understandable.

Trilling is the only speaker to specifically address Mailer&#146;s essay, and she does so in a relatively thorough, if uninspiring manner. Following her dissection of his writing, the &#147;main event&#148; begins, in which questions from the audience are answered by the various panelists (Johnston, mercifully, does not return to the stage, despite Mailer&#146;s entreaties). The majority of the questions, which come from invited guests like Susan Sontag, Betty Friedan and Cynthia Ozick, are attacks on Mailer for being patronizing or sexist or, more simply, a bad writer. At this point, the film becomes fascinating not for its historical value, but for its crystal-clear illustration of the so-called &#147;strawman&#148; debating trick. None of the women seem to be discussing the Norman Mailer who&#146;s actually on stage. That Norman Mailer has spent the entire film being a gracious host, albeit one with a quick and (within the confines of academic/literary politeness) merciless wit. The Mailer the audience members are confronting with their questions or comments would be derided as unevolved by Mickey Spillane or Larry Flynt. It becomes quite obvious that no one in the audience (and this is true of the men&#151;for there are other men present&#151;and women alike) is interested in debate; they are primarily interested in confirming, to one another, their agreed-upon positions. In this respect, the &#147;debate&#148; which was advertised is a resounding failure. No one departs convinced of any position contrary to the one they held upon arrival. Thus is imparted an important lesson, at least to anyone who thought that internet chat-groups and talk radio had created a new low in discourse. It&#146;s simply not so. Political and social debate has been about people talking over and past each other since at least April 20, 1971–here&#146;s the proof.

Town Bloody Hall is an interesting film, not only for those who watch C-SPAN for kicks, but for students of postwar history or gender studies or, indeed, youngsters who wish to understand why Norman Mailer is still regarded as an important literary and cultural figure. After a string of increasingly muddled, irrelevant and worst of all, mammoth novels, not to mention his occasional, absurd essays, it’s hard to recall that he was once a serious thinker. As, indeed, were three of the four women he shared a stage with on this occasion.