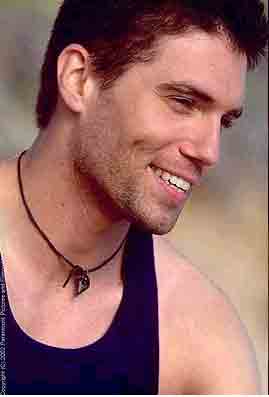 the original story is included in

Tully is a promising first effort by writer/director Hilary Birmingham. Based on a short story, it treads familiar territory–family drama and coming-of-age in farm belt America. Tully Coates, Jr. (Anson Mount) works on the family farm and finds easy conquests among the local girls. His younger brother, Earl (Glenn Fitzgerald) is quieter, more introspective. Their taciturn father, Tully senior (Bob Burrus) works hard, says little, and is somewhat distant, not only from his sons but from others, such as the clerk at the grocery store who flirts with him to no avail.

The mystery is in what happened before the Coates men came to this farm some years before. What happened to their mother? The past has been buried beneath an unacknowledged wall of silence;there’s an unspoken conspiracy among the men of the family to let it stay buried. Trouble starts when Tully senior gets an unexpected notice of foreclosure on the farm.

Birmingham takes her time with exposition, often to a degree which some viewers might find exasperating. There are secrets to be revealed and they are doled out slowly over time, becoming more predictable as the plot unfolds. Not inappropriately, Birmingham is more interested in developing her characters and showing what secrets can do to a family, rather than in the secrets themselves. The characterizations are solid and the characters themselves appealing, in itself a compliment to the director’s skills.

But she also makes mistakes which undermine the success of the film. Not one of these characters seems to have an ounce of genuine badness. Even bad behavior ends up explained and forgiven when motivations become known. Tully, Jr. befriends Ella Smalley (Julianne Nicholson), a neighbor who is studying to be a vet and who is not about to become another easy conquest for him. Nicholson, all freckles and red hair and good sense, is a charmer, but the arc of this relationship is telescoped from early on. It all starts to smack of a Hallmark Hall of Fame, with a few four letter words thrown in that are generally not heard on television.

And, without giving it all away, it must be said that the last twenty minutes of the film seem superfluous and anticlimactic. The well-drawn points about the relationships have been made earlier, but Birmingham seems to feel that every plot strand must be neatly tied up and diagrammed out in detail, as if she has no faith in her audience’s ability to connect the dots on their own.

Mount (City by the Sea, Boiler Room) is a charismatic young performer, radiating good looks and sex appeal, but he also capably expresses a range of emotions with an unforced ease. Nicholson, also a skilled actor, manages to keep Ella from becoming cliched. Birmingham’s most significant accomplishment here is in the performances she has drawn from the entire cast and the comfortably natural tone that is set.

Now what she needs is a script with more complexity and less predictability, and the confidence to edit it down so that every frame counts.