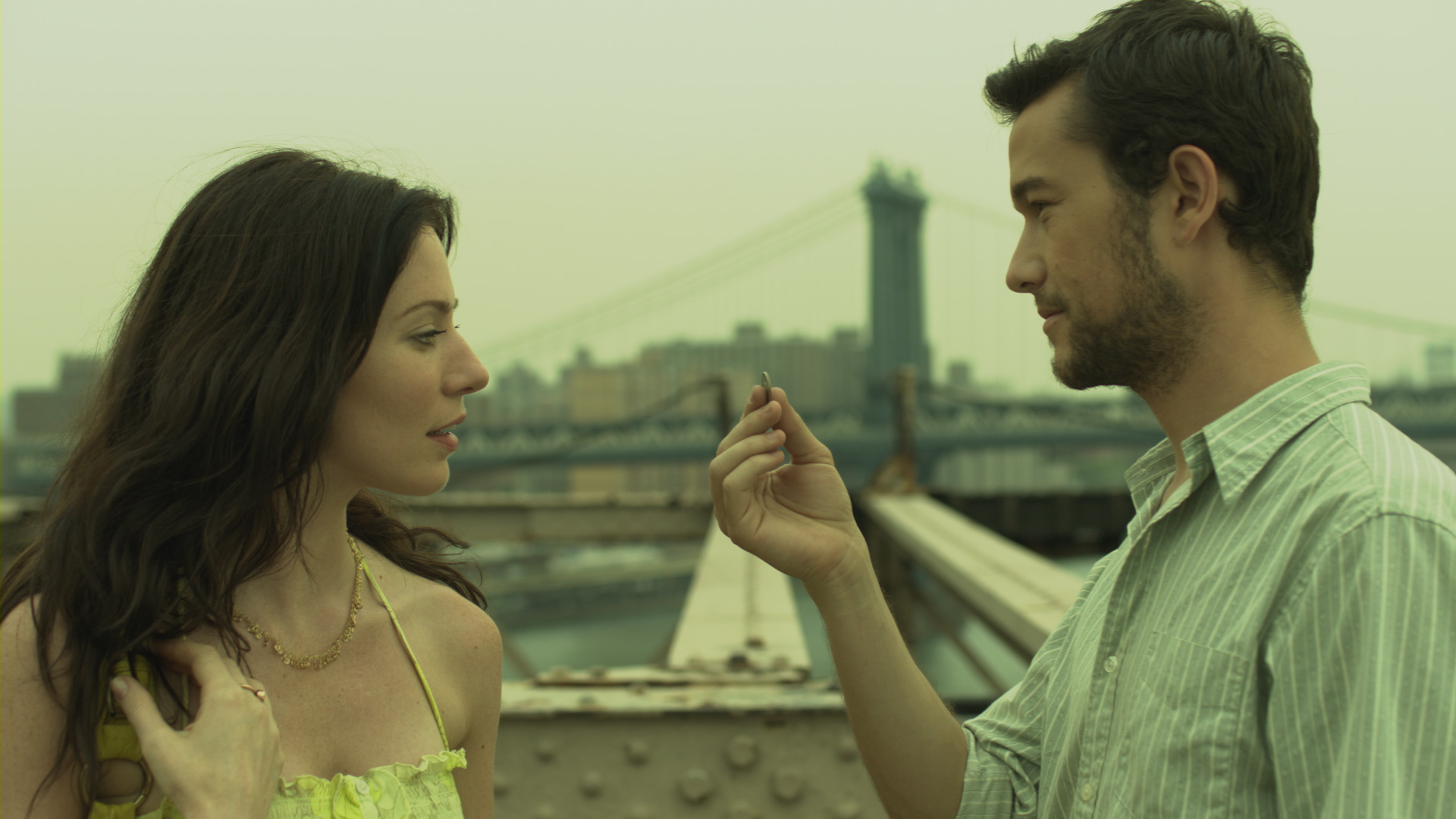 On a recent Independence Day, a young couple on the Brooklyn Bridge flips a coin to decide their fate. She’s pregnant, he’s bewildered, they’re madly in love but can’t decide what to do. Then Bobby finds a quarter, and flips.

“We can’t do that!” says Kate. Yet they do and each runs to either side of the bridge, where their fates become parallel yet intertwined. One side of the coin leads to a yellow cab on Manhattan and a chaotic string of accidental discoveries from a lost phone leading to a mystery crime in Chinatown.

The other fate is a green car leading to the girl’s mother’s house on a leafy Brooklyn avenue, where they pick up a lost dog and Independence Day reunites them with her family, home-made empanadas, an uncle, and frustrated younger sister. The dog is scruffy, almost a cartoon mutt: another nice piece of casting called Tiger.

The result is not so much stunt film plotting as two entirely distinct movies from directors Scott McGehee and David Siegel-and it’s a schizophrenic, pleasing surprise.

Alone, the yellow plot line would be a tense chase over a ransomed cell phone in and out and around Chinatown, while the green plot would settle into a close-focus, small relationship saga. Most filmmakers would have been content with either yellow or green. Together the halves add up to a neat allegory about personal choices, how they affect us from moment to moment, and the consequences that rapidly play out of our control.

As played by Joseph Gordon-Levitt and Lynn Collins, the boy and girl are action heroes on the isle of Manhattan who magically morph into suburban ingénues in crazy love on the other side of the bridge and plot. Their obvious loveliness helps.

The two halves are even shot differently by young prodigy Rain Li, a cinematographer who never saw a hand-held or swooping aerial shot she didn’t adore. A disciple of Chris Doyle, Li has a great career ahead of her. Sometimes shot from bicycles, the abrupt jump cuts around Chinatown, City Hall, the Public Library, and Manhattan streets make classical edge-of-the-seat footage.

Researched and choreographed around Chinatown by location scout Eric Lau, those chase scenes have a grindingly realistic feel, yet manage to make fervent love to the city at the same time — you half expect a Gershwin clarinet wailing on the soundtrack.

Yet one cut later, a leafy Brooklyn street and a sprawling house get all the dreamy panning they deserve — an equally ardent love letter to the borough as dreamy as the other footage is kinetic. Much of the dialogue is improvised so the script is as languidly natural here as it is tense on the other side of the bridge.

The lovers end up doing what all couples do if they are lucky in love-twice. Uncertainty winds down with two unexpected climaxes. Oh, and the dog stays in the picture.